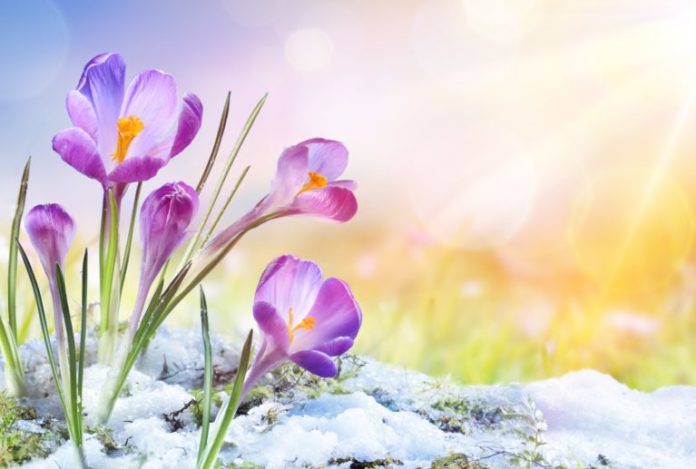 As crypto winter subsides, spring has sprung in the cryptosphere, ushering in green shoots of growth across the board. Attention has largely focused on the increase in digital asset prices, as cryptocurrencies have swelled by an average of 40% in 2019. But away from the frothy market action, there is far more tangible evidence that the worst of the downturn is over. Scores of crypto projects have reported renewed interest from investors, signaling that better times are ahead.

Also read: How to Create a Bitcoin Cash Wallet With Cashaddress

Crypto Spring Is in Full Bloom

There is still significant debate as to whether we’ve officially exited the bear market that has dragged on since early 2018. Some commenters, such as Vinny Lingham, believe BTC will have to surpass $6K territory again for that to occur. Regardless of whether bitcoin’s cup is currently deemed to be half full or half empty, what’s indisputable is that raising funds has become significantly easier for crypto projects since the market perked up a months ago. This week, news.Bitcoin.com spoke to more than half a dozen projects that all reported a similar story: investors have loosened their purse strings.

While the most obvious manifestation of this has been in initial exchange offerings, away from the IEO market, a broad array of crypto projects have good tidings to report. Kinesis is a yield-bearing digital asset which is backed by physical gold and silver. Its CEO Thomas Coughlin told news.Bitcoin.com: “It’s great to see renewed interest in the crypto markets and with our own Kinesis stablecoin sale, we’ve seen a surge in interest and investment from the crypto community. The heating up of the markets has attracted newcomers and renewed confidence from those who were waiting for more favorable conditions to get involved.”

This sentiment was echoed by GEO Protocol, a layer three solution that aims to connect networks to create a universal value transfer system. Earlier this month, the project announced it had closed a seed round with US firm Coinfund, with the timing of the deal aided by a propitious fundraising climate. “Crypto winter has washed away many of the weaker and more dubious projects,” Dima Kovalchuk, business development director at GEO Protocol, told news.Bitcoin.com. “Nowadays investors are much more picky. If a year ago they could give money to virtually anyone, now they are looking for prospective projects with deep technical expertise, like GEO Protocol. That indicates that the market has matured, and is ready for take-off, on a basis that will be much more justified by real innovation and economics.”

All across the cryptosphere, there are signs that something has stirred, awakening former giants, from “retired” traders coaxed back into the game, to dormant whales reawakened and willing to thrown down large sums on projects with wanton abandon. Roobee, a blockchain-based investment service, has been one such beneficiary, having raised $4.5 million in pre-seed funding with the aid of a famous crypto whale who chipped in $1 million alone, encoding their 200 BTC transaction with the words “In Roobee I Trust” as an added flourish.

Finally, cryptocurrency service providers have reported an uptick in activity. Felipe Vorobey, who oversees Cash Games for Bitcoin.com, reports that “in the past three weeks the number of both new and returning players has significantly increased. This is a clear indication that crypto users are looking to own more BCH and in finding fun ways to participate in the cryptoconomy, such as gaming.”

Jumber Kruashvili of market data site Coinlore reported similar findings, telling news.Bitcoin.com that site traffic and registrations are up by 20% in the past month, and the average time spent on the site has increased, with BTC, BNB, ETH, and OMG among the most popular pages visited. It would be premature to predict that a full-blown bull market is imminent. Nevertheless, there are clear signs that crypto winter has melted away, leaving behind the first blossoms of an industry rejuvenated.

Do you think the crypto market will maintain its recovery, or are there more trying times ahead? Let us know in the comments section below.

Ready to put your luck to the test Satoshi-style? Our online Bitcoin casino lets you play an array of BTC games including BTC slots, BTC poker, and many more. Plus, all of our Bitcoin gambling games are provably fair!

You might have contemplated getting into cryptocurrency mining but are concerned that you don’t have the technical skills, time or...