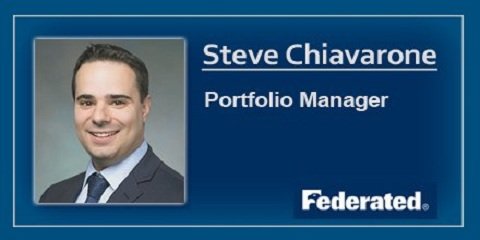 Steve Chiavarone is a blockchain believer. The portfolio manager at Federated Investors believes the technology behind bitcoin will help usher in the fourth industrial age. Many commentators have previously identified blockchain as having the potential to disrupt the global business process.

Chiavarone is certain that the distributed ledger technology (DLT) framework is an essential cog in the wheel of emerging technologies that will transform the world. The Wall Street bull predicts that blockchain, along with robotics, automation, artificial intelligence (AI), and the Internet of things (IoT) will be the foundation of the fourth industrial age. Indeed, several experts believe blockchain can contribute to the technologies mentioned above.

Such is his conviction that the Wall Street expert is incorporating DLT into his stock market forecast. Speaking to CNBC, he reiterated the viability of the technology despite the struggles in the crypto market since the start of 2018. According to Chiavarone, the current price slump doesn’t diminish the importance of DLT implementation. Earlier in May, Wall Street analyst Nick Colas described bitcoin as the “FANG” stock of the crypto world. FANG refers to the most popular tech stocks; Facebook, Amazon, Netflix, and Google. Chiavarone is optimistic that blockchain technology could improve the business operations of the FANG stock companies.

Other corporations are also making forays into developing protocols that implement the technology. Companies like IBM and Maersk are leading the way in developing blockchain-based solutions for supply chain management (SCM) and general logistics. According to Chiavarone, big banks are also investing in DLT. Bank of America (BoFA) recently declared that it was contributing the most resources into blockchain research than anyone else.

Chiavarone is particularly confident that blockchain will disrupt business reconciliation process. He believes the technology is uniquely suited to improve the verification of account balances in the corporate world. According to him, blockchain will replace the expensive, inefficient and tedious reconciliation process. Thus, businesses will be able to reduce back and middle office costs while having more efficient supply chains.

Many in the mainstream finance arena aren’t sold on cryptocurrency. In fact, some of the staunchest crypto critics are from the organized business sector. However, only a handful of people in finance have dismissed the viability of the technology. It is even common to see notable figures declaring their interest in DLT while paying little or no attention to bitcoin and other cryptocurrencies.

Does blockchain technology have a pivotal role in the establishment of the fourth industrial age? Let us know in the comment section below.

The post Blockchain Technology Will Usher in the Fourth Industrial Revolution appeared first on Bitcoinist.com.