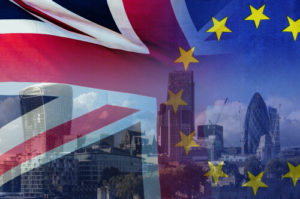 Brexit is proving bad for just about everyone in UK business and London’s Fintech sector is not immune. The biggest problem is uncertainty. In many ways, the effects of even an eventual No-Deal Brexit are already priced in by businesses and their workers. Remittance company TransferWise has sought a license in Belgium as a result of the drama in Parliament and other businesses (and the talent they depend upon) are doing likewise.

Even two years into Brexit negotiations, no one knows the answers to simple questions like “When will Brexit occur, if it happens at all?”, “With whom will our business be able to trade, and at what cost?”, and “Will a No-Deal Brexit result in talent fleeing London?”. As a result, it’s impossible to say which would be worse for British fintech companies – a swift N0-Deal or the protracted divorce negotiations we’ve been suffering through these many months.

The biggest question is trade. London fintech exists because of the liberal world order and the ease of commerce, travel, and immigration between itself and surrounding EU states. If Britain were to isolate itself economically, who’s to say how this would affect the fintech sector?

There are, of course, many ways this situation could resolve. Britain could leave the EU this Spring or Summer. Such a ripping-off-of-the-bandaid would take time for the fintech sector to recover from (though it would eventually do so). Dragging on the negotiations but securing a deal would result in many of the same outcomes, though the hardest effects would not be felt all at once as with No-Deal. Finally, scrapping Article 50 and remaining would likely be the best result for the status quo. The damage of Brexit uncertainty would still be done but none of the infrastructure that stitches Britain into wider Europe would be truly severed.

In the meantime, businesses and fintech talent are right to look for options across national borders. Whatever the end result of Brexit negotiations, the ripples will still be felt in London fintech for at least a decade to come, and the young, best and brightest might do better in the interim by jumping ship for Barcelona or Brussels.

From the perspective of blockchain fintech, London has likely missed out on the first major wave of mainstream blockchain businesses, which have instead set up shop in boom towns like Dubai, friendly regulatory climates like France, and tax shelters (with secure EU ties) like Malta. Young as they are, blockchain startups have to think in decades. When Parliament can’t even make firm decisions about events one week from today, blockchain innovators are sure to look for calmer waters elsewhere.

Reasonable people differ about how best to conclude Brexit negotiations but, from where we sit, to Remain would be the best outcome for the British Fintech and blockchain sectors. These industries thrive on diversity and global cooperation, inputs specifically railed against by Brexit’s most vociferous supporters.

If Britain were to somehow Remain, Theresa May, May’s government, and Parliament as a whole would bear the brunt of public outrage. However, this would be better than forcing British industry to foot the bill of a traumatic EU divorce. In either case, the British fintech sector will one day thrive again, growing to new heights in the years to come. It’s up to Parliament to determine whether they want this recovery to happen sooner or later, and to decide how much blame they wish to shoulder.

The post Brexit Is Bad For Fintech: Coping With the Brexit Delay appeared first on The Independent Republic.