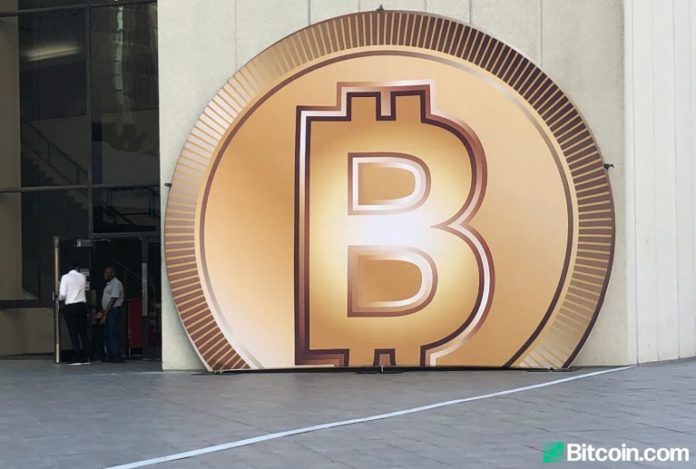 On January 16, The North American Bitcoin Conference (TNABC) opened its doors at the James L. Knight Center in Miami for its seventh year. The conference was filled with hundreds of crypto enthusiasts, exhibits, and well known speakers from the blockchain industry.

BTC Miami, the popular blockchain event hosted in beautiful downtown Miami, has kicked into high gear as the James L. Knight Center filled with crypto and blockchain supporters from all around the world. Thursday’s opening remarks started with TNABC host Moe Levin and the city of Miami’s Mayor Francis Suarez. The mayor discussed blockchain and crypto innovation within Miami’s borders in order to establish the city as a hub of innovation. Suarez also announced that this week was an officially recognized event by the city called Blockchain Week Miami.

The official concluded his talk by presenting Levin with a certificate from the city. Following Suarez, Bobby Lee, the founder of the wallet card Ballet, discussed how people can make digital currencies more accessible and referenced the cold storage Ballet card. TNABC attendees heard from bnktothefuture.com’s Simon Dixon, Veriblock’s Justin Fisher, and a climactic mid-day speech from blockchain investor Brock Pierce. Pierce explained how crypto solutions and blockchain could transform the world for the better.

The exhibit hall was filled with TNABC attendees checking out all the companies showcasing platforms, devices, and artwork. Bitcoin.com gave away bitcoin cash-loaded Golden Ticket scratch-offs, after having people download the Badger Wallet. After that step, people swept the QR code on their scratch-off ticket, in order to reveal their bitcoin cash (BCH) reward. Then the user had to join the special Telegram group Bitcoin.com created to post their SLP address. When the conference convenes on Friday, people who swept their Golden Tickets will get some special SLP-based Miami Conference tokens airdropped for participating.

A few members of the SLP development team were in attendance as well including SLP engineer James Cramer. Speaking with news.Bitcoin.com, Cramer gave his thoughts on the crypto conference in Miami.

“We made new bright green t-shirts that say slp.cash with the SLP logo. People are asking about SLP and they are super interested — I think people are open to trying the Simple Ledger Protocol,” Cramer said.

Other booths included Edge wallet, Crypto.com, Bitangels, Tradestation, and the Crypto Playhouse. TNABC featured unique artwork as well from crypto artists like Fractalencrypt, Sergey Gordienko, and Lucho Poletti. After lunch, TNABC participants watched a panel on cryptocurrency regulations and law. Additionally, during the remainder of the afternoon, people listened to talks from Edge Wallet’s Paul Puey, crypto pioneer Nick Spanos, Binary Financial’s Harry Yeh and closing remarks from TNABC host Moe Levin. During the event, news.Bitcoin.com spoke with Levin and asked him what he thought about the seventh annual TNABC conference.

“I feel like this event more closely resembles 2015 and 2016 and not that many people have experienced those years,” Levin explained. “What I mean by that is during 2015, it was after the climactic rising price of bitcoin hitting $1,200 with all the hype and then nothing for two years — and we produced this event for 300 to 400 people in 2015 and it was tiny. It was super small compared to the last two years and I believe there were only a few exhibits at the time. But those businesses who attended and some of those exhibitors went on to build what are now some of the biggest companies in crypto.” Levin added:

A lot of people are not aware of the cycles in this industry and what happens is when the market is down, people start building a lot more. They don’t go out much, they don’t hype things, they just build. And when there’s real hype and interest globally, they have the widest nets to capture all the interest.

Additionally, Levin spoke about Miami Mayor Francis Suarez’s speech and the certificate he received earlier in the day. “I would love to take as much credit for making Miami a Bitcoin City but I’m not here every day building a blockchain center and encouraging companies to come here. But the city of Miami is and when they say the quote ‘open for business,’ it is true. It’s also a form of legitimacy from a local government for crypto globally … because it’s a real thing — it’s an official Blockchain Week recognized by Miami. It’s nice man, it feels good.”

Disclaimer: This article is for informational purposes only. Bitcoin.com is an official platinum sponsor and media partner of the 2020 TNABC event.

About one-third of US-based small and medium-sized enterprises (SMEs) accept cryptocurrency as a payment for their goods and services, according...