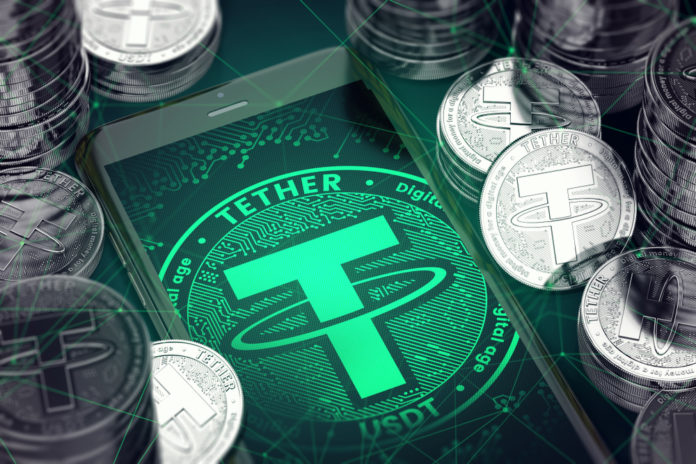 A Chinese security company has revealed a bug in Tether, with which they manage to spend multiple credits.

Tether is a stable coin. Since one US dollar is deposited for each tether token issued, the value of a tether is approximately always exactly 1 US dollar. Many exchanges use tethers because they do not have access to Fiat. The cryptocurrencies on the Exchange can then simply trade against tethers (USDT) instead of against US dollars.

In the past, there were some doubts as to whether Tether would really deposit $ 1 for every tether spent. The doubts are fueled, among other things, by the fact that Tether fails to produce an audit on the deposited dollar reserves of one of the 4 major accountants (PWC, Deloitte, KPMG, Ernst & Young).

The Chinese security company SlowMist has now revealed in a tweet how they have managed to spend tether multiple times. 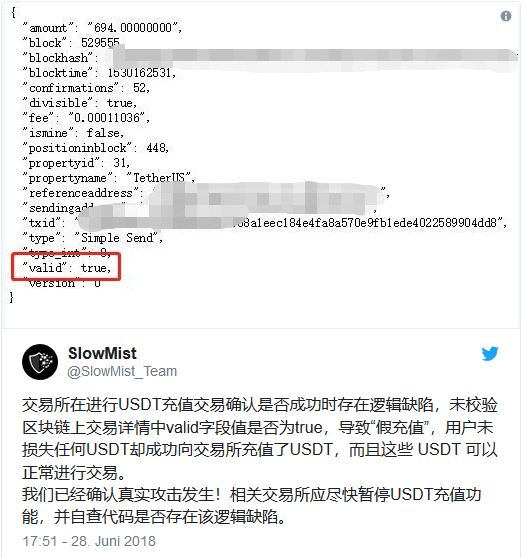 Apparently, they have been able to send tethers to an exchange (it is not said which) and not give all the values ​​correctly. As a result, the exchange has accepted the tether, but the tether credit remained with SlowMist, according to Tether. If the company repeats the process, they could re-credit the same tethers as often as they like.

SlowMist has already made a name for itself by being hired to increase the security of the cryptocurrencies VeChain and Ontology.

Whether SlowMist were the first who have noticed the error or if there were already hackers who have facilitated Exchanges so to credits is not yet known. Also, it is not yet clear whether the problem now has to be fixed in the tether code or whether it is a problem in the Exchanges or a single Exchange.

In the comments, an Omni Layer developer explains how the problem is coming about and that it is a problem on the Exchange side.