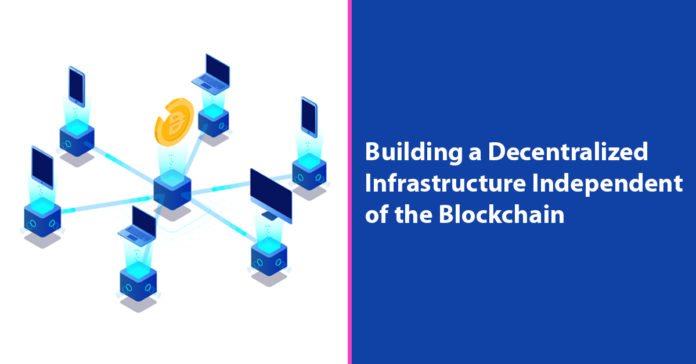 Decentralization and Blockchain have remained synonymous since quite some time now. But with no end to the technology advancements, we have witnessed a decentralized infrastructure that is not Blockchain. The new age decentralized economy is DICE – the acronym for Digital Certificate.  The advantage of DICE is it brings users the benefits of cryptocurrency but eliminates the disadvantages of Blockchain.

Did you just raise an eyebrow? How can Blockchain have a disadvantage?

Well, we all got so excited about the new found freedom that we brushed some hassles under the carpet.

How does DICE bring in decentralization without the blockchain?

The DICE ecosystem is not a blockchain. It is a group of Miners who work with the operators that perform the tasks of validation and store the DICE units on behalf of a miner. This is how it maintains its decentralization without being on the blockchain.

Each DICE unit is a sequence of 1024 bits, unlike the cryptocurrency that is a digitally encrypted currency. The DICE units are transacted in a similar fashion of cryptocurrency but instead of a blockchain and nodes, they are handled and validated by the operators who are connected to miners. Each miner can connect to multiple operators.

A DICE unit is created whenever mining happens.

The best part about the DICE ecosystem is that any operator (businessman or individual) can become part of the decentralized infrastructure. Any physical commodity can be digitized and converted into DICE units for global sale.

How is a new DICE generated?

Unlike a blockchain that simply creates a new unit of cryptocurrency and that becomes part of the chain, a DICE is generated when a miner validates the transaction for an operator. The DICE remains linked to the operator only until the operator releases its ownership. DICE economy is decentralized in the true sense as it is not a single ledger system that stores the entries. The DICE network is interwoven between multiple ledgers of multiple operators. Working on a brand new communication protocol, it eliminates any hacks that happen over the crypto wallets. The DICE units can be mined offline and open up gates for new innovation on top of DICE decentralized infrastructure.

DICE proves to be a solution to the scalability issues faced by the blockchains as having multiple small nodes facilitates more parallelism. Each mining node is assigned only the part of traffic that goes to its operator and with 0 transaction fee and miners and operator both being incentivized, it is a new advancement. The advantage of DICE economy is that it brings the power into the hands of the users and does not include any user fee. On top of that its value is not based on any speculations; it has been designed to replace the traditional paper currency in a decentralized way.