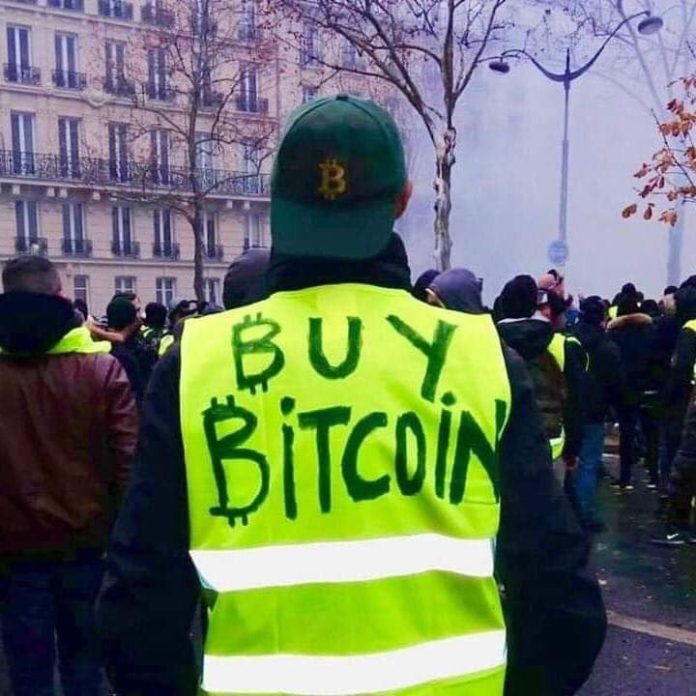 A photo taken in Paris during the demonstration of yellow vests promotes Bitcoin around the world. And tackle the monetary policies in passing.

Some may find the story anecdotal, but a photo taken Saturday, December 1 in Paris at the gathering of yellow vests has been very viral on social networks. It shows a protester wearing the symbolic garment of the movement on which is written “Buy Bitcoin” (*) in the back (“Buy Bitcoin”). The cliché quickly spread on Twitter, taken up all over the world by supporters of cryptocurrency. After verifications, we are able to confirm that it is authentic and was made Saturday in Paris.

The photo was shared by Anthony Pompliano, an American author of an investment advice newsletter very popular in the ecosystem. In a tweet published Sunday, he says: “The protests in Paris are an interesting development for economic inequality around the world. People are fed up with governments using the printing press to increase the cost of living, while driving more folks into poverty.” Without naming him, he suggests that Bitcoin would be an effective response to government policies. , many of whose opponents believe that they are arbitrary and contribute to impoverish the population.