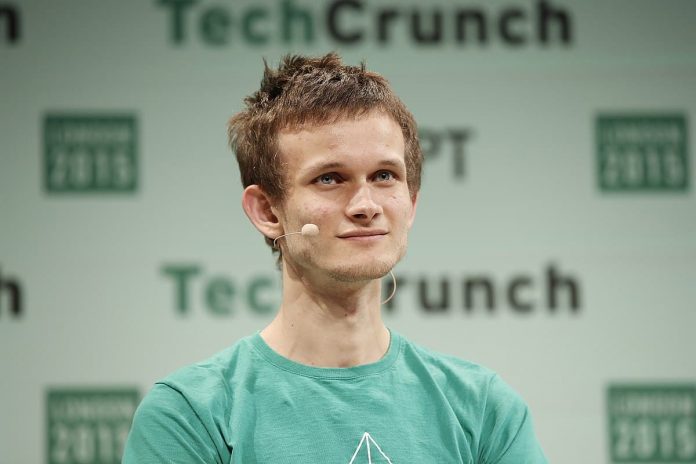 Vitalik Buterin gave a keynote speech at a conference in which he outlined the path to Ethereum 2.0, both past and future. However, he did not give a definite date for the upgrade.

Casper and sharding – not shasper

He also said that he will no longer refer to it as Ethereum 2.0, but ‘Serenity’. Serenity will include an upgrade called Casper, and involves sharding, the combination of which led to the invent of another moniker – said Buterin: “I refuse to use the word ‘Shasper’ because I find it insanely lame.”

He was speaking at DevCon 4 in Prague, an Ethereum community conference.

Serenity is a “combination of a bunch of different features”, he said, including Casper, sharding and EWASM.

Casper is an upgrade that is supposed to solve the scalability issue. This is a word seemingly omnipresent in cryptocurrency world, referring to the ability of a system to continue to function as it gets bigger. Ethereum currently can handle around 15 transactions per second, but Buterin dreams of one million.

The reason that scalability is limited is because Ethereum works on a proof-of-work algorithm. The drawback of this system is that it is CPU intensive, and becomes more so as the system develops.

It has long been considered within the Ethereum community that a switch to a proof-of-stake system is necessary for the system to get bigger safely. In this system, the more tokens that a node owns, the more chance it has of winning the race to verify the next block.

This has two obvious drawbacks – one, that richer people will only get richer, and two, that nodes would sign on to every single block instead of those that are most likely to continue the chain, because the activity no longer carries any risk.

Casper solved this problem by requiring nodes to ‘stake’ tokens – which means put them aside in a dedicated wallet. These are the tokens that are counted. Casper was then upgraded to Casper FFG, which combines proof-of-work and proof-of-stake. Proof-of-work would kick in every 50 blocks, which is an advantage because this is the best way to maintain the integrity of the blockchain.

This ties into the idea of sharding, for which Buterin published a proof of concept back in May, and on which Buterin spent some time during his speech. Very basically, it means that there is a side-blockchain, run by proof of stake, that ties into the main proof-of-work blockchain at regular intervals.

These are only two of the many ideas that the Ethereum team has been going through as they try to work out how to improve their network.

When Ethereum finally upgrades to Serenity, and proof-of-stake, it is relying on a ‘difficulty bomb’ to prevent the system forking. This will make verifying transactions on the original blockchain so difficult that it won’t be worth pursuing.

When will it finally happen? Buterin continued to tease: “Launch is basically the milestone that we’ve all been waiting for, that we’ve been working toward for the last four to five years, and a milestone which is really no longer so far away.”

Big thanks to @mi_ayako, @mames, @JosefJelacic and all other amazing devcon team members and volunteers for an incredible conference! pic.twitter.com/qQ3S9QJKSW

Skirting the Great Wall: The Chequered Saga of Crypto in China, 2018

In the aftermath of September 2017’s historic ban on initial coin offerings (ICOs), and the banishment of domestic crypto trading...