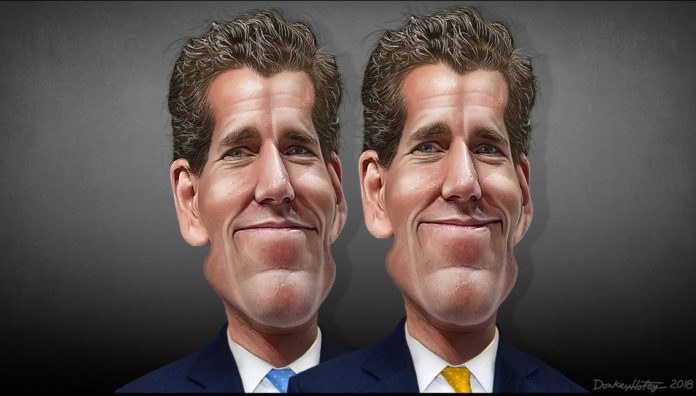 Tyler and Cameron, known as Winklevoss twins and Internet entrepreneurs are claiming that Charlie Shrem had stolen 5000 bitcoins from them back in 2012. In today’s value, these coins are valued over $30 million. However, Charlie’s lawyer from Bitcoin Foundation has denied the claims.

Who is Charlie Shrem?

Charlie is a 28-year old Bitcoin investor who got out of prison in 2016 after playing guilting to illegally helping people to buy drugs using Bitcoin. Recently, he has bought two Maseratis, power boats and a $2 million home in Florida.

So where did all this money come from?

The Winklevoss twins are suspecting that Charlie is currently buying all his expensive toys using the Bitcoins he owned them since 2012.

“Either Shrem has been incredibly lucky and successful since leaving prison, or — more likely — he ‘acquired’ his six properties, two Maseratis, two powerboats and other holdings with the appreciated value of the 5,000 Bitcoin he stole,”  the Newyork Times quotes the lawsuit as claiming.

This lawsuit has resulted in freezing some of Shrem’s assets. However, the problem does not stop here. Shrem is required to pay the government $950,000 in restitution that he agreed to back in 2014, which he hasn’t yet.

It seems that for the past year or so, Shrem is still getting himself into troubled projects. One related to a cryptocurrency credit card and the other an official coin offering.

Where are the lost coins?

Going back to 2012, Charlie introduced Winklevoss brothers to buy Bitcoin. It seems that they were really interested in Bitcoin’s idea and decided to invest $250,000 in Septemeber 2012. But guess what? The lawsuit is claiming that only $189,000 worth of Bitcoin was delivered and the remaining money which makes up 5,000 lost bitcoins at the time, was missing.

“I have been patient, and at this point, it’s getting a bit absurd,” Cameron Winklevoss wrote to Mr. Shrem in 2013 in an email quoted in the lawsuit.

“I don’t take this lightly.” Cameron Winklevoss said in the email.

Why are Winklevoss twins requesting their bitcoins today?

Cameron Winklevoss said that he and his brother decided to request their missing 5000 bitcoins after they noticed Charlie spendings patterns.

Cameron mentioned to The New York Times “ When he purchased $4 million in real estate, two Maseratis, and two power boats, we decided it was time to get to the bottom of it,”

So, do you think the Winklevoss twins will get their missing bitcoins back?