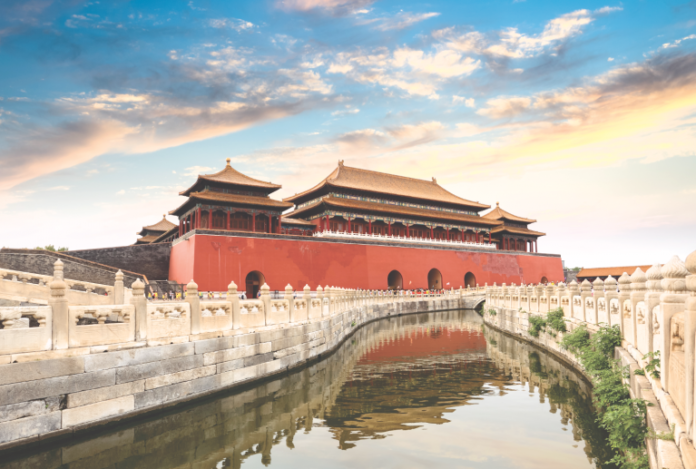 China’s Center for Information and Industry Development has released its latest crypto project ranking. Tron and EOS top the list out of the 35 crypto projects evaluated while Bitcoin has been downgraded slightly. The center also evaluated the projects independently based on basic technology, applicability, and creativity.

The Center for Information and Industry Development (CCID), under China’s Ministry of Industry and Information Technology, released the 11th update of its crypto project ranking report on Friday. The number of crypto projects evaluated this month was 35, unchanged from the previous month.

“The results show that the world’s three major Dapp platforms — EOS, Tron, [and] Ethereum — still rank in the top three, [and] the scores are 155.7, 146.7 and 142.8, respectively,” the center wrote. Tron debuted last month, replacing Ethereum as the second highest ranked project. EOS has been in the top spot since it started being ranked in June last year. This month, BTC ranks 15th, down two places from the previous month. BCH also fell slightly from the 27th spot to the 31st spot.

All 35 crypto projects were also evaluated based on three sub-categories: basic technology, applicability, and creativity.

The basic technology “sub-index accounts for 64% of the total index,” the center described, noting that this category “mainly examines the technical realization level of the public chain, including function, performance, security, and decentralization.” The top projects are EOS, Tron, Bitshares, Steem, and Gxchain. “Since the upgrade of Constantinople, the efficiency of the Ethereum network has improved, and the Ethereum basic technology index has also risen from the 9th [place] to the 6th,” the CCID pointed out. Nonetheless, it found that “the average of the basic technology index has slightly decreased from the previous period.” The applicability “sub-index accounts for 20% of the total index,” the CCID continued, adding that this category mainly evaluates “the comprehensive level of public chain support for practical applications.” The top five projects are Ethereum, NEO, Nebulas, Tron, and Ontology. Unlike the basic technology category, the center said that “The average of the applicability index has increased from the previous period.”

The creativity “sub-index accounts for 16% of the total index,” and the top five projects are Bitcoin, Ethereum, EOS, Litecoin and Lisk. This category focuses on “continuous innovation in the public chain,” the CCID explained, adding that “The innovation sub-indices of Litecoin, Bytecoin, EOS, Nebulas and Hcash have increased significantly from the previous period,” However, the center concluded that overall, “the average value of the innovation sub-index has declined to a certain extent compared with the previous period, indicating that the activity of global public-chain technology innovation is decreasing.”

What do you think of CCID’s latest ranking? Let us know in the comments section below.

As far as the top cryptocurrency markets are concerned, it remains to be seen which one, if any, will move...