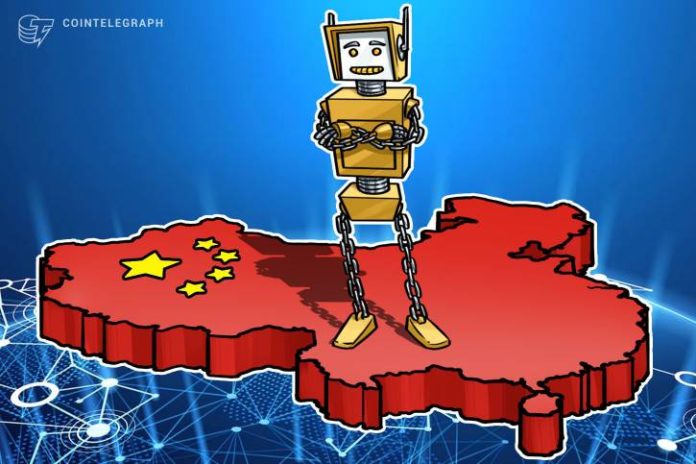 The Chinese government announced it will publish a monthly “independent analysis” of cryptocurrencies and blockchain projects at a Beijing conference May 11.

According to two press releases accompanying the announcement, the Chinese Ministry of Industry and Information Technology’s department China Electronic Information Industry Development (CCID) will analyze 28 cryptocurrencies, including Bitcoin, Ethereum, Litecoin, Monero, NEO, QTUM, Ripple, and Zcash, to name a few. The press release states that ranking information for all 28 projects will be published “in the next few days.”

“First-rate domestic experts and scholars” will contribute to the project, which creators have dubbed the ‘Global Public Chain Assessment Index.’ According to the CCID release, the goal of the Index is to “evaluate the technological capability, the usefulness of the application and the innovativeness of the project, [as well as the] development level of the projects to profoundly understand the trend of blockchain technology innovation.

The impetus for the Index’s creation, they say, is a “lack of completely independent assessment/rating” for crypto assets and blockchain projects.

The assessment appears to overlook efforts by international ratings agency Weiss, which this year issued somewhat controversial verdicts on major cryptocurrencies including Bitcoin, Ethereum and Ripple.

As cryptocurrency trading remains banned in China, the initiative also represents an arguably surprising move to generate publicity for crypto assets. Regarding the government’s position, the CCID press release focuses on the technology underlying cryptocurrency:

“This independent analysis of cryptocurrencies and global public blockchain technology demonstrates the confidence of the Chinese Government in the technology, and will act as a guide for government, enterprise and research institute.”

Earlier this week, Beijing also stated it would cement nationwide blockchain standards using a dedicated committee by the end of 2019.

In the private sector, Chinese multinational communications giant Huawei Technologies Co. has announced that mobile phone users will be able to download Bitcoin (BTC) wallets on Huawei device starting today. Holding crypto and using it as a form of payment is still reportedly legal in the country.