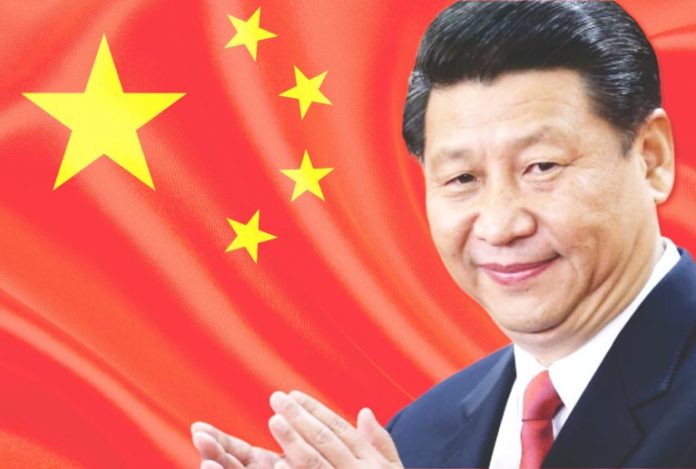 China has been on a roll with a series of crypto-related announcements. President Xi Jinping’s speech to accelerate the development of blockchain technology in China was followed by the passing of a cryptography bill. Meanwhile, China’s Center for Information and Industry Development has continued to evaluate and rank crypto projects, and the central bank is preparing to launch its own digital currency.

As China embraces blockchain technology and prepares to launch its own digital currency, the country’s Center for Information and Industry Development (CCID) has continued to publish crypto project rankings. The CCID is a scientific research institute directly under China’s Ministry of Industry in Information Technology. The first ranking, published in May last year, took the crypto industry by surprise.

The latest set of rankings consists of 35 crypto projects, ranked based on the CCID’s Global Public Blockchain Technology Assessment Index. There are three sub-indices: basic technology, applicability, creativity. Collectively, they make up the overall ranking.

Occupying the number one spot overall is EOS, which has been at the top of the overall rankings since the center started evaluating it back in June last year. The second position has changed from the previous ranking, with TRON replacing Ethereum. NULS remains in the fourth position, while Bitcoin remains in the 11th spot. Bitcoin Cash now ranks 30th, down a few positions from the 26th spot previously.

The indices are compiled by the CCID (Qingdao) blockchain research institute, an entity established by the CCID. The rankings and evaluation work are carried out every two months in collaboration with multiple parties such as the CCID think tank and the China Software Evaluation Center. “The result of this assessment will allow the CCID group to provide better technical consulting services for government agencies, business enterprises, research institutes, and technology developers,” the institute previously explained. The CCID provides professional services to the government including research, consulting, evaluation, certification, and research and development, its website describes.

While the CCID has been evaluating crypto projects for over a year, China’s central bank has been researching the possibility of issuing its own central bank digital currency (CBDC) for much longer. The People’s Bank of China (PBOC) set up a research team in 2014 to explore launching its own digital currency, reportedly to reduce the costs of circulating traditional paper money and boost policymakers’ control of money supply. The project was recently accelerated following the announcement by social media giant Facebook regarding the Libra digital currency project. Having hinted to the media that its CBDC was “almost ready,” the PBOC later stated that more research was needed. Governor Yi Gang clarified earlier this month that there was no timeframe for the launch and more time is needed for further research, testing, trials, assessments, and risk prevention. Nonetheless, some people are more optimistic about the time frame. Huang Qifan, Vice Chairman of China Center for International Economic Exchanges, talked about the country’s digital currency electronic payment (DCEP) system in his keynote speech at the Bund Summit, a financial conference in Shanghai, on Monday. He remarked:

The PBOC has been studying DCEP for five or six years, and is likely to be the first central bank in the world to launch a digital currency

While Chinese authorities have indicated that its digital currency would be similar to Libra, some experts have reservations about the DCEP system. Zhang Anyuan, chief economist from China Securities, was quoted by The South China Morning Post as saying: “DCEP anchoring purely on [the yuan] won’t be able to compete with Libra, despite it may draw the participation of internet giants like Alibaba and Tencent.” He elaborated that, based on the details revealed so far, “its internationalization will not succeed without a monetary theory breakthrough or a money creation innovation,” the publication conveyed.

Further, China’s official state-run press agency Xinhua News Agency reported late on Saturday that a cryptography law has been passed and will take effect on Jan. 1, 2020. This law is aimed at “facilitating the development of the cryptography business and ensuring the security of cyberspace and information,” the publication explained, citing parliament.

Chinese President Xi Jinping, while still silencing protesters in Hong Kong, managed to gain immense popularity within the crypto community last week when he said that China should expedite the development of blockchain technology as the core for innovation. He emphasized that the integrated application of blockchain technology plays an important role in new technological innovation and industrial transformation, Xinhua reported and quoted Xi as saying:

We must take blockchain as an important breakthrough for independent innovation of core technologies, clarify the main directions, increase investment, focus on a number of key technologies, and accelerate the development of blockchain and industrial innovation.

“Chinese president seldom elaborates on a particular tech,” commented Twitter handle Cnledger. “Previously, only [the] internet and artificial intelligence were specifically elaborated on and collectively studied in the Central Political Bureau. This means blockchain is at least raised to the same level as A.I. in China.” Following Xi’s statements, blockchain-related stocks spiked. Xunlei, a company selling cloud downloading services claiming to be heavily invested in blockchain, for example, doubled its market cap overnight.

What do you think of the CCID’s rankings, President Xi’s speech, and the PBOC preparing to launch a central bank digital currency? Let us know in the comments section below.

Bakkt—the Bitcoin derivatives company is set to launch the first crypto-based consumer app and merchant portal in 2020, according to...