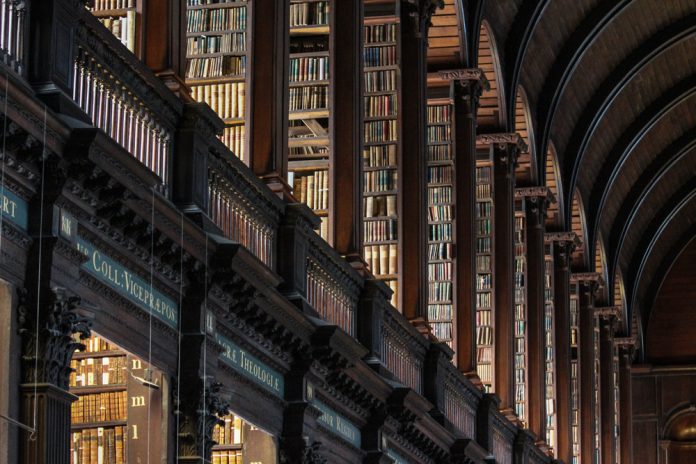 Established institutions are struggling to adapt to Bitcoin. Despite the currency’s increasing global power, it’s still being viewed warily. Investors fear the lack of clear regulations and the wild volatility.

The University of Puget Sound became the first school to accept cryptocurrency donations in 2014. An alumnus gifted the school 13.5 Bitcoins, worth $10,000 at the time. The value of the gift soared in the following years. It’s currently worth $93,000.

The school was hesitant to accept at first. Educational institutions have historically been reluctant to take non-traditional donations. It can create messy problems later on.

“I had to do a little bit of convincing for them to accept it,” Cary said. “They wanted to dig in about how it works and what the process would be. We had a lot of conversations.’’

The school used a service known as Bitpay to create an invoice with a working QR code. Cary used the code to transfer the bitcoins. The transaction passed through an Atlanta bank. According to Sherry Mondou, Puget Sound’s executive vice president and chief financial officer, the money took about a day to reach the school’s account. It was delayed by a sudden snowstorm.

The cryptocurrency industry is filled with young, promising entrepreneurs. The next round of major university donors could include a fair amount of people who are more comfortable with cryptocurrencies than traditional banking options. Cary blazoned a new path for Puget Sound, the school has received multiple crypto donations since his initial gift.

Other major universities are grappling with similar questions. The schools with heftiest endowments have yet to accept a cryptocurrency offering. Harvard University’s $39 billion endowment remains untouched by cryptos. Yale spokesman Tom Conroy admits that the school didn’t follow up with an idea for how to accept crypto donations. Instead, the school’s money is being sent to an outside fund that works with “digital assets.”

Working with cryptocurrencies requires a large amount of effort on the school’s part. All of the systems are new and many employees don’t know how they work. Puget Sound had to change its school code to authorize the payment.

“How many gifts are they going to get a year—and is it worth the effort?” asked Bryan Clontz, founder of Charitable Solutions.

Opening a cryptocurrency wallet can seem like a daunting challenge. It can take weeks to set up the account.

University board members are eager for large donations but they’ve notoriously shot down offerings that require too much work. Gifts of land and art sometimes fall into this category. Puget Sound, although it accepted the risks associated Bitcoin, immediately liquidated the gift.

It proved to be a poor decision. Bitcoin became more valuable after Puget Sound’s sale.

Multiple schools have now accepted crypto gifts, although the number is still very small. Cornell University, the Massachusetts Institute of Technology, and the University of California at Berkeley have each taken cryptocurrency from donors. It’s unclear how much they received.

Despite a rough 2018, the world’s cryptocurrencies are worth an estimated $200 billion. Colleges would do well to adopt a strategy for accepting these donations now. The elite donors are accruing cryptocurrencies. Cary told Bloomberg that multiple Puget Sound alumni have achieved massive success in the industry.

Although schools have been hesitant to accept cryptocurrencies themselves, many have invested crypto companies.

“Cryptocurrency is an area of technology that appears to be useful and appears to have a future, with big banks like Goldman Sachs and JPMorgan already investing heavily,” investment recruiter Charles Skorina told the Yale Daily News.

“It does not surprise me that [Yale’s investment in cryptocurrency] has received so much publicity. Because of Yale’s impressive track record, everybody would like to know what Yale is doing. If Yale is investing in cryptocurrency, then others will invest as well.”

Harvard, Stanford, and MIT have also invested in cryptocurrency funds. However, over 95% of foundations and endowments shy away from these types of investments for the same reasons that they’re hesitant to accept cryptocurrencies. Yale economics professor Robert Shiller explained at the last World Economic Forum that Bitcoin was an “interesting experiment but not a permanent feature in our lives.”

Shiller later mentioned that he has absolute trust in Yale’s investors.

Newer industries and market are embracing alternative currencies. It might be difficult or impossible to donate Bitcoin to most colleges, but you can easily donate Bitcoin to WordPress Bloggers and other professionals.