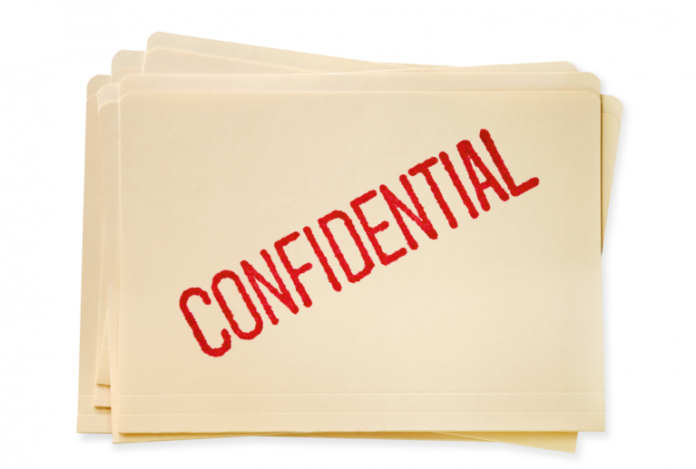 A draft cryptocurrency bill for India has been leaked in full, but details of the bill have raised some questions. News.Bitcoin.com talked to a number of experts in the field who shared their analyses of the bill’s content and its implications on the Indian crypto industry.

The draft cryptocurrency bill, which has been causing quite a stir within the Indian crypto community, has surfaced in its entirety. Varun Sethi, founder of Blockchain Lawyer, shared on Monday the document entitled Banning of Cryptocurrency and Regulation of Official Digital Currency Bill 2019. News.Bitcoin.com previously provided a preliminary analysis of this rumored bill after Bloombergquint and The Economic Times made outrageous claims about it. India is currently deliberating on the regulatory framework for cryptocurrency. An interministerial committee headed by Finance Secretary and Secretary of Economic Affairs Subhash Chandra Garg was tasked with studying all aspects of cryptocurrency and recommending crypto regulation for India. Garg said last month that his committee’s report was ready to be submitted to the finance minister for approval.

Before paying much attention to this bill, there are several important points to note. First and foremost, this bill was not announced by the Indian government so its veracity is in dispute.

This document cannot be claimed as the final recommendation of the expert committee to the Ministry of Finance. The document contains no mark of authentication on it nor it has come out from any official source. Another important observation is that at least one of the regulators listed on this bill has denied its involvement. The last page of the bill provides a list of “appropriate regulators,” namely the Insurance Regulatory and Development Authority of India, the Pension Fund Regulatory Development Authority, the Reserve Bank of India (RBI), the Securities and Exchange Board of India (SEBI), “and any other appropriate regulator as may be notified by the central government.”

However, in its reply to a Right to Information (RTI) request filed by Sethi, the RBI stated last month that it did not have any knowledge of this bill. In addition, the central bank confirmed that it neither proposed a ban on crypto assets nor had knowledge of any other government departments doing so. After sharing a copy of the bill, Sethi asserted Monday:

This looks like a very very rough draft of a proposed bill … [it might be] just a random discussion paper and it may not actually become [a] bill in the same manner and mode in which this has been stated. Nischal Shetty, CEO of local crypto exchange Wazirx, immediately tweeted in response to the leaked bill. He advised everyone not to panic until a bill becomes law. “This crypto bill has not been introduced in [the] current Parliament session,” he emphasized. “This looks like a rough draft, plenty of changes to come.” Shetty has been running a Twitter campaign calling for the Indian government to introduce positive regulation for cryptocurrency.

He explained to news.Bitcoin.com that “The Monsoon session of Parliament will not be discussing this bill, which means now we need to see if it gets discussed in the next parliament session which might be in December,” adding:

Regardless, there are many bills pending to be discussed in Parliament so there’s low likelihood of this bill being heard.

The CEO opined: “If this is a real draft then it’s a very regressive approach to new technology. I’m certain our lawmakers will question and amend it such that the ban applies on money laundering and not on entrepreneurship or public participation.” Sumit Gupta, CEO of local crypto exchange Coindcx, said to news.Bitcoin.com that “I am not sure if the government will actually go ahead and implement this, given the recent discussions Prime Minister Narendra Modi and our Finance Minister Nirmala Sitharaman had at the G20 summit in Japan.”

Gupta believes that “If this becomes a law, this would be one of the biggest mistakes by the Indian government.” He described, “We will see blockchain startups moving out of the country, proficient blockchain developers moving abroad or working only on foreign projects,” adding:

At a global level, the industry will keep on growing, innovation will keep on happening, and India will lose out its technological edge, just because the government is not ready to understand this technology well.

Advocate Danish believes that “based on the language of the document coupled with other information based on earlier filed RTIs, it can be safely assumed that it may be that document which the committee has recommended.”

Positive and Surprising Aspects of the Bill

Sethi noticed some positive and surprising aspects of the bill. Firstly, according to the bill, cryptocurrency “means any information or code or number or token not being part of any official digital currency, generated through cryptographic means or otherwise, providing a digital representation of value which is exchange with or without consideration, with the promise or representation of having inherent value in any business activity which may involve risk of loss or an expectation of profits or income, or functions as a store of value or a unit of account and includes its use in any financial transaction or investment, but not limited to, investment schemes.”

Surprised that this definition includes “any information,” Sethi pointed out how this bill’s definition of crypto is “massively different from the interpretation” of other countries. As an example, he explained that if he encrypted a message to tell his friend that it is raining in Delhi and his friend decided to cancel his business trip based on this message, that piece of information would be considered cryptocurrency based on this bill’s definition. Professor A. Damodaran of the Indian Institute of Management in Bangalore shared some thoughts with news.Bitcoin.com regarding the aforementioned bill. He remarked, “It is narrowly scoped. By design, the bill is meant to strengthen India’s Payment and Settlements Act 2007 and attack money laundering. Crypto tokens (including ICOs) which are assets/ securities are out of the ambit of this Bill,” elaborating:

The good news is that the bill does not prevent crypto tokens from being used as a development instrument to help India’s unbanked population, most of whom are poverty ridden.

About the Rumored Draft Bill

The draft bill has six main parts. Part 1 introduces the bill, states that it applies to all of India, and defines 18 terms including cryptocurrency, digital rupee, distributed ledger technology, foreign digital currency, investment schemes, miner, mining, and the RBI.

Part 2 outlines the activities prohibited. Part 3 addresses the regulation of the digital rupee and foreign digital currency, as well as prohibition on various uses of cryptocurrency. It also describes offenses and penalties. Part 4 details the powers of the investigating authority while Part 5 talks about the penalties and proceedings. The last part of the bill covers miscellaneous items such as “protection of action taken in good faith.”

The bill also proposes to amend the Prevention of Money Laundering Act 2002, and also provides a list of five appropriate regulators, as previously mentioned.

Advocate Danish further told news.Bitcoin.com: “Now coming to the provisions of the bill, the definition clause attempts to transgress than what is actually required which is giving rise to confusion in understanding the terms like ‘cryptocurrency’ and ‘distributed ledger technology’ among others. The bill prescribes punishment of fine/jail term of up to 10 years for even buying, selling and storing of cryptocurrency. The bill not just cracks down on industry players but it also gives a shock to influencers by prescribing jail term up to 7 years for soliciting or inducing participation for use of cryptocurrency.” He noted:

By making some of offences cognizable and non-bailable, this bill conveys a clear message about the policy of zero tolerance.

Danish continued: “I must say that for implementing such a special legislation, the administration/ investigating agency must be well equipped. And I don’t think the decision of Home Ministry to provide special training to the police officials in September is a coincidence.” The advocate is referring to the cryptocurrency course by the Sardar Vallabhbhai Patel National Police Academy for high-ranking officers, as news.Bitcoin.com previously reported. Regarding the content of the bill, Chapter 5 deals with “prohibition on use of cryptocurrency,” which excludes “digital rupee, or any foreign digital currency recognized as foreign currency in India.” Section 7 of this chapter explains that “Cryptocurrency shall not be used as legal tender or currency at any place in India … No person shall directly or indirectly use cryptocurrency in any manner, including as – (a) a medium of exchange; and/or (b) a store of value; and/or (c) a unit of account.”

Chapter 6 of the bill lists offenses: “Whoever directly or indirectly mines, generates, holds, sells, deals in, transfers, disposes of or issues cryptocurrency or any combination thereof with an intent to use it for any of the purposes mentioned in [Section 7 and 8] … shall be punishable with fine as may be prescribed by the central government in the First Schedule or with imprisonment which shall not be less than one year but which may extend up to ten years, or both.” News.Bitcoin.com has previously provided some analysis of this bill.

Sethi explained to news.Bitcoin.com that this bill presents an opportunity to talk to the government about cryptocurrency. Noting that most of the bill “looks as if crypto is a crime on [the] same terms as child pornography or kidnapping,” he reiterated that “a more democratic conversation is needed with the government to make them understand what the real matter is,” suggesting:

Things like the results we got from the signature campaign shall now become more relevant … we can use it to talk to the government now.

Last month, Sethi started a campaign on Change.org for the government to start regulating the crypto industry. He now urges stakeholders to “ramp up efforts” to engage with the government to help them understand. Akshay Aggarwal, Blocumen Studios CEO and co-founder of Blockchained India, shared with news.Bitcoin.com that “It is sad to see that after witnessing the largest industry consultation drive in India, the government didn’t pay any heed to the recommendations of the industry stakeholders.” Blockchained India recently hosted a conference called India Dapp Fest, after organizing a series of roadshow town halls for anyone to voice their regulatory suggestions. Nonetheless, he maintains:

There is still time that the Indian government takes an open outlook towards ensuring that the young entrepreneurs grab opportunities that this paradigm shift presents.

The Indian government has not given a timeframe for when the recommended crypto regulation will be made public. However, the country’s supreme court is scheduled to hear the crypto case on July 23. The court is expected to address the writ petitions against the banking restriction imposed by the central bank. The RBI issued a circular in April last year banning regulated entities from providing services to crypto businesses.

The court may also follow up on its request made in February for the government to submit the crypto regulatory report from the Garg committee within four weeks. However, the case was postponed and the court has yet to follow up on this request.

What do you think of this draft bill? Do you think it’s legitimate? Do you think the Indian government will pass this bill as is? Let us know in the comments section below.

Bitcoin Price On The Mend After 17% Weekend Correction

After a 17% pullback Bitcoin price bulls appear to be fighting to retake $11000 but will they succeed? Bitcoin Price...