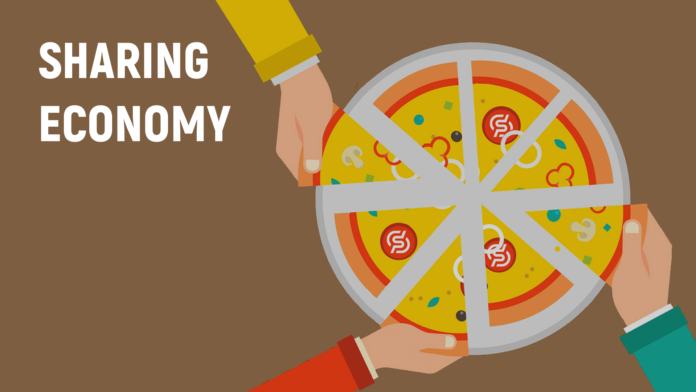 In ancient times, harnessing fire, successful hunting, or access to a nearby reservoir secured prosperity and comfort. Soon after, it was conquered lands, power over feudal lords, and chests full of gold that ruled. Over the last century, success has taken the form of material abundance, luxury cars, and dollars in a bank account.

Today, however, success is more about freedom. This shift is largely thanks to the internet, which has allowed us to better work together through a wide network of acquaintances, fulfilling more requests as quickly as possible. Well-being, as a result, is less tied to expensive brands and material goods. How can we capitalize on this shift toward more freedom and liberate ourselves even further?

The answer lies in decentralization, which has helped us build an international community of equals, all with the opportunity to secure their own definition of success. The principles of decentralization have already proved their worth and received practical support in the form of cryptocurrencies. Now, we are witnessing the emergence of full-blown blockchain states that provide their citizens with freedom of choice, the right to vote, and financial liberation. Enter the Consensus Platform.

The world is changing and becoming faster; vast distances are disappearing and the distribution of goods is transforming. The classic economic system is being replaced by a massive introduction of the principles of the Sharing Economy. The availability of information and products, the rational use of resources, and the collective adoption of key decisions is being developed based on artificial intelligence and decentralization of blockchain technologies.

In the wake of these changes, innovative platforms are emerging to gradually replace the states that have been usurped by monopolists. The example of the Syntera ecosystem embodies the principles of the Sharing Economy and demonstrates the possibilities for their implementation by blockchain developers. Syntera is an investment platform that enables small investors to access large international hedge funds. In addition, the internal exchange and electronic “White Wallet” allow instant transfers between community members.

Today, a new Syntera project is being implemented: The Consensus Platform. Singaporean developers used this platform to combine blockchain and the Sharing Economy by introducing an innovative system, known as Smart Delegated Proof of Stake (SDPOS). SDPOS is the stabilization program for a coin exchange rate. Users of the ecosystem freeze their purchased coins into a smart contract, thereby removing them from market turnover. In return, they are credited with monthly Airdrop coins to encourage participation in the program. However, the financial component is not the most important aspect of the program. The main thing is the management of the decentralized ecosystem itself. Users who participate in SDPOS receive the status of “Smart-Holder.” Smart-Holders have the right to vote on ecosystem development strategies and the creation of new projects based on the Syntera ecosystem. In other words, participation in SDPOS gives users influence over the direction of the ecosystem.

The Sharing Economy’s main task is optimal distribution. Of what? Absolutely everything! All resources are included in the Sharing Economy, from money to gasoline, and all kinds of services. Everyone should have the chance to develop their skills and independence, not just work for someone else to survive. Today, democratic society allows you to vote, but you are not able to significantly influence the global socioeconomic landscape. Bureaucracy obstructs many new ideas, and alters others, so that any state authority can negate the original concepts supported by the community. The Consensus Platform begins a global modernization of society, supported by mutual aid between all members of the community. The platform provides users an opportunity to reach a consensus on ecosystem management. Each participant may influence its development, and any user can submit an idea for collective voting and receive an answer quickly.

The Syntera ecosystem has zero tolerance towards red tape. Users of the Consensus Platform, like you, participate directly in voting. Only a collective solution corresponding to this algorithm will be committed and executed.

How is voting implemented?

To submit ideas, a user must simply be an ordinary citizen of a blockchain state. The Smart-Holders vote and make the final decision. These are the participants who have 1,000 SSC or more. This amount is frozen on the Smart-Holder’s wallet for one year. Over this period, monthly airdrops based on the frozen amount are paid. While the frozen amount works as an investment, its owner can make decisions and consider offers from other users. The more coins that are frozen, the bigger a Smart-Holder’s voice becomes. However, no one user can make unilateral decisions, because the ecosystem is based on the shared capital distributed among all participants.

What are the first decisions that will be made by users of the Consensus Platform? First, people for management posts will be elected. To become CEO of the ecosystem, you won’t need to have the most money in your account. Smart-Holders will collectively choose a person who knows how to manage a company using the principles of the Sharing Economy. The collective mind can pick the person who is most talented and passionate about the Sharing Economy and inspires confidence. This can be anyone, including you.

Giving Charitably with the Sharing Economy

The ecosystem’s developers also thought about charity. Every participant of the Consensus Platform automatically becomes a benefactor and can decide on the allocation of funds from the ecosystem’s Philanthropy Pool. This pool is an ecosystem fund that stores 10 million SSC, which today is the equivalent of $20 million. After a charity project is submitted by community members and approved by Smart-Holders, the fund allocates the amount required for its implementation.

All processes and project activities are recorded in the Consensus Platform protocol. These reports are always available to all community members. The principles of decentralization mean the collective mind will decide where to send help and where to do good, and all citizens of the blockchain state will get some karma.

Why Does the Future Belong to Decentralization?

Decentralization means optimization. It is the process of improving the accessibility of advanced society’s achievements, which accelerates the development of mankind in a geometric progression. Today, the internet allows you to make profits, express your thoughts, and find support. In other words, the internet serves to expand your influence. Technological developments like the Consensus Platform improve upon that foundation, by helping to unite and coordinate the efforts of a huge number of like-minded people. Many have already realized that it is more profitable and effective to work towards a common goal as a single team. Being independent is important, but with the unshakable support of a dedicated community, personal freedom is only enhanced and enriched!