Some believe that blockchain’s capabilities to build secure supply chains and financial ecosystems that could securely store the funds of cannabis businesses could solve some major problems in the cannabis industry. At the same time, successful widespread implementation of blockchain and cryptocurrency across the legal cannabis industry could legitimize the technology. Finance Magnates covered the relationship between the cannabis and cryptocurrency industries earlier this week.

What are these ‘major problems’ in the cannabis industry? The sector is plagued with a serious lack of financial services. Cannabis is not legal under federal law in the US–it has only been legalized on a state-by-state basis. Because it is still technically an illegal substance, banks across the country are prohibited from offering any products or services to the cannabis industry.

99% sure this is the next industry to hit bubble territory. What we’ve seen so far with Canadian pot stocks has only been a warm up.

When US federal law changes and cannabis firms can cross state borders and IPO (or ICO), the market will become irrationally exuberant. https://t.co/OqhxllqwNS

This results in a number of headaches. Businesses are forced to deal in cash only; they must find alternate ways of storing their revenue, and risk having their assets seized if their cash on hands exceeds certain amounts. They must also take great pains to ensure that their tax payments are delivered to specific locations safely and on time.

Another, often-overlooked issue that lack of access to banking causes is the fact that cannabis-related businesses are unable to take out loans–and opening a dispensary isn’t cheap. The expenses associated with opening a dispensary or other cannabis-related business are much higher than those associated with opening other kinds of small businesses.

Crypto Companies Are Barred from Bank Loans, Turn to Crypto as a Method of Crowdfunding

According to CoinTelegraph, the cost of opening a legal cannabis dispensary in the United States can run anywhere between $250,000 and $750,000, including licensing fees, inventory, insurance, investing in security systems, acquiring retail space, and having enough cash to demonstrate business viability.

At the moment, fundraising options for opening a dispensary or starting another cannabis-related venture are somewhat limited–funding from banks simply isn’t available. For many independent dispensaries, funding from private investors is the simplest and most convenient option.

However, entrepreneurs who cannot secure funding from private investors must seek their funding elsewhere.
And indeed, cannabis sector entrepreneurs are authorized to engage in crowdfunding initiatives under the JOBS (Jumpstart Our Business Startups) Act. Title IV (also known as Regulation A+) allows small businesses to secure up to $50 million in funding from public investors.

Therefore, businesses who can successfully strategize an online fundraising campaign have the possibility to start out with plenty of capital–and crypto may be the perfect vehicle to rake in funds.

Indeed, ICOs and cryptocurrencies have been increasingly used as ways to invest in and transact with companies that deal in industries that traditional financial institutions and services won’t typically associate with. For example, a growing number of pornography and sex work platforms have either adopted cryptocurrencies or created their own cryptos.

“Blockchain can unclog the backflow of capital that wants to bank the cannabis industry in the states that have legalized cannabis. It also speeds up the payment process, in that large amounts of capital can be sent instantly, rather than waiting multiple business days for payments to clear,” said Daniel Ameduri to Finance Magnates. Ameduri is the co-founder of the Future Money Trends newsletter. 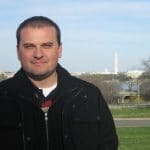 As such, more and more cannabis-related blockchain platforms are continuing to appear on the scene. Some companies have found success in their ICOs, and have gone on to become relatively well-established firms in their own rite–Paragon Coin and PotCoin are two examples of companies that have managed to stay afloat.

However, as the ICO market continues to wane, running a successful campaign is becoming increasingly difficult. Therefore, some marketing agencies have even begun to specialize in cannabis-related blockchain ventures, including Verma Media.

According to a report by Inc. Verma partnered with socially-conscious holding company Orthagonal and blockchain development firm BlockchainSaw to form Orthagonal Collective, a “venture to solve the marijuana industry’s most significant challenges with blockchain-based solutions as the $53.3 billion cannabis black market transitions into state regulations.”

While there are a growing number of cannabis-related platforms that have used ICOs as a method of fundraising, cryptocurrency can also be used for fundraising outside of an ICO context. In some ways, it is very well-suited to this purpose: investments are instant and can be easily stored outside of a bank. However, it may be tricky for companies to implement proper KYC and AML structures; cashing out of crypto and into fiat can be another ordeal entirely.

High Times Corp., publisher of High Times Magazine, announced in August that it would be accepting Bitcoin and Ethereum in its upcoming IPO. The decision to accept BTC and ETH into the company’s IPO was lauded as a world first.

CEO Adam Levin said that while “didn’t believe that the ICO process was the right move for [the] brand, it would’ve been foolish to leave this emerging investor base out.”

However, confusion erupted several weeks later–when regulatory paperwork for the IPO was filed, both cryptocurrencies were excluded from the list of accepted methods of funding. Still, though, Bitcoin remained as a payment option on the company’s investment portal. In the end, a representative of the company explained that any Bitcoin sent in through the portal would be converted into fiat by a third party before it was officially accepted as an investment.

Levin later told Forbes that “as a company, we looked at all avenues for raising money,” Levin said. “From an entrepreneur’s perspective, one has to have looked at the growth in (cryptocurrency Initial) Coin Offerings and be aware of it. But we weren’t sure it was the right path for us necessarily. We believe that we are using some of the best elements of both (approaches) in now accepting cryptocurrencies.”

Uncertain Regulatory Futures Could be Bright for Both Industries

Because both of these industries are still so new, the way that regulations are formed could have an especially large impact on their futures, together and separately. Canada recently legalized marijuana, and it’s widely believed that the US will make the same decision in the relatively near future.

In any case, these two sectors could have a lot to gain for each other. In the meantime, though, strategy is key–if these industries want to build a viable relationship with one another, the time is now.