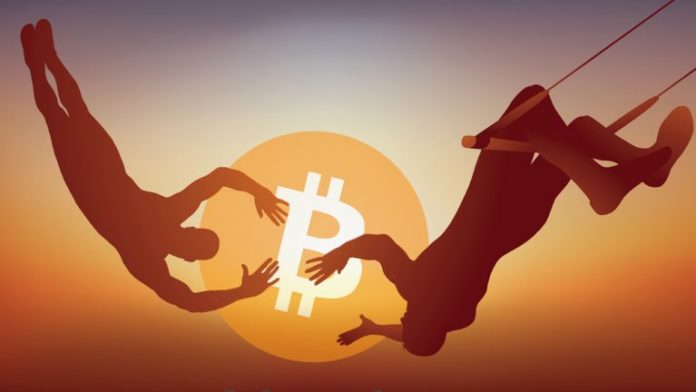 The market research organization, The Tokenist, recently published a report called “Comparing Public Bitcoin Adoption Rates in 2020 vs 2017.” The study’s findings give a comprehensive look at the cryptocurrency ecosystem between 2017 and now. The researchers’ survey shows that since the post-Covid-19 economy is setting in, trust in bitcoin has grown 29% in the past three years.

Faith In Traditional Banks and Financial Incumbents Is Waning

A recently published study from the crypto think tank, The Tokenist, details that there is a growing trust in bitcoin over traditional investments like gold, stocks, and real estate. The market researchers leveraged a survey that was taken in April 2020 (5,421 participants in 24 countries) and collated several surveys from 2017 as well. The Tokenist utilized these polls to see how attitudes and perceptions have changed since the price fluctuations and the impact of Covid-19.

“Faith in large financial institutions has been steadily waning for more than a decade and the COVID-19 pandemic has only accelerated this process,” the report highlights. “Bitcoin, itself developed in the years after the 2008 market crash as an alternative to traditional assets, stands to be a major beneficiary of this trend.” 47% of the Poll’s Respondents Trust Bitcoin Over Big Banks

The Tokenist also leveraged surveys from the company’s mailing list and another that saw 4,852 participants in 17 countries. According to the study’s findings, The Tokenist researchers have found that there is a trend of individuals with “positive sentiment regarding BTC as a long term store of value.” The findings note that over 45% of respondents preferred Bitcoin rather than stocks, real estate, and gold, and “61% of the total respondents (and 78% of millennials) are now somewhat familiar with BTC, and 14% of millennials have owned the asset.” The report continued:

47% of respondents trust Bitcoin over big banks, an increase of 29% in the past three years. 43% of respondents, and 59% of millennials, feel that most people will be using Bitcoin within the next decade. In 2020, 44% of millennials report that they are likely to buy BTC in the next five years. More than one in three millennials would hold onto Bitcoin they are given, while a slightly smaller number (27%) would immediately sell it. 39% of male millennials now have no problem with the intangible nature of BTC, and a quarter of millennials as a whole report the same attitude. The report finds that the attitude toward BTC, in general, is more positive and optimism has increased by 27% during the last three years. “60% of respondents felt that Bitcoin is a positive innovation in financial technology,” The Tokenist’s report concludes. “Increased familiarity with Bitcoin has convinced many that it is a positive force,” the paper’s authors added.

What do you think about The Tokenist’s researchers’ surveys and findings? Let us know in the comments below.

A big problem with consumer review sites is that it’s hard to know for certain the authenticity of a review....