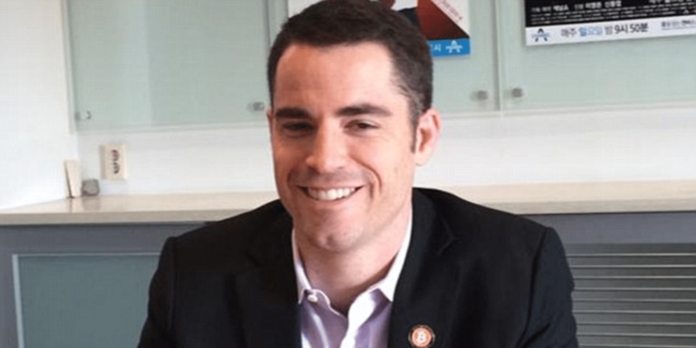 A U.S federal court has declined to dismiss a lawsuit brought against self-proclaimed bitcoin inventor, Craig Wright, by Ira Kleiman on behalf of his brother, Dave Kleiman, who passed away in 2013.

The lawsuit claims that Wright misappropriated funds belonging to the Kleiman estate. Dave and Wright were apparently involved in the development of bitcoin and accumulated vast amounts of the digital currency in its early days.

For some unknown reason, both men chose to keep their cryptography venture a secret and hidden from close relations. The lawsuit alleges that Wright leveraged this to take control of Kleiman’s share of their accumulated digital currency holdings unbeknownst to his family. Kleiman’s estate seeks over $5 billion in compensation before punitive damages.

Wright and Kleiman’s relationship apparently revolved around cybersecurity, forensics, and digital currency. Their bitcoin creation partnership was apparently borne out of the need to have a peer-to-peer file sharing system that would be based on cryptography to eliminate trust issues. The two men allegedly mined millions of bitcoin which were stored in descript wallets.

They were eventually controlled by Wright. Court documents allege that on October 31, 2008, a bitcoin white paper released by the pseudonymous Satoshi Nakamoto provided details on how transacting parties could use the network. According to the filing, it is only in 2016 that Wright publicly claimed that he was Satoshi Nakamoto and that he and Dave were Bitcoin’s creators.

The ruling comes at a time when Dr. Craig Wright, who is Chief Scientist at Nchain, is embroiled in a feud with Bitcoin Cash supporters after instigating a hard fork that led to the creation of two camps – Bitcoin ABC (Adjustable Blocksize Cap) and Bitcoin SV (Satoshi’s Vision).

This was after a fallout based on the fundamentals of Bitcoin Cash, which Wright claimed didn’t solve the main issues. Wright and his SV stalwarts including news outlet, CoinGeek, and Canadian-Antiguan businessman, Calvin Ayre sought to overcome BCH’s scalability issues by increasing the block size from 32 MB to a 128MB network capacity.

The group also wanted to turn bitcoin into a transaction currency as opposed to an investment asset. Its suggestions, however, faced major resistance from the BCH community, making a hard fork among the only viable options that would allow the implementation of its desired protocols.

There was the Bitcoin SV team which was led by Craig Wright. The Bitcoin ABC group was guided by early bitcoin investor, Roger Keith Ver, on the other. His allies included Bitmain co-founder, Jihan Wu, and crypto exchanges Binance and Coinbase.

Roger Ver’s mining pool Bitcoin.com had announced that it would dedicate its resources to mine BCH on November 15 in the event of a hash war. (Image Credit: Daily Mail)

On November 14, Craig Wright threatened to use his substantial bitcoin assets to fund his war against the ABC team. By selling off a significant portion of it, BTC’s price would inevitably dip by a great margin.

He announced this via a tweet that read, “To all BTC miners… If you switch to mine BCH, we may need to fund this with BTC, if we do, we sell for USD and, well… we think BTC market has no room… it tanks. Think about it. We will sell A Lot! Consider that…. And, have a nice day”.

He also posted a tweet addressing the Bitcoin ABC group, warning them that they may have to sell their BTC holdings to sustain the hash war which was bound to go the distance.

The warning came in the wake of a tremendous market crash that caused cryptocurrency prices to plummet by over 50 percent. A profound domino effect led to massive industry cutbacks and bankruptcies in following months. Bitmain, which had previously faced bankruptcy threats from Wright was also forced to lay off staff at its Ra’anana, Israel branch.

The Bitcoin ABC vs SV hash war is believed to have contributed greatly to the current bearish market situation, which has made it difficult for bitcoin to break beyond the $4,000 price threshold.

Before the hash war and market downturn, Bitmain’s Jihan Wu had announced that his camp would shift its hashing power from BTC to BCH. He predicted that this was going to have a negative effect on crypto market prices, but vowed to fight Wright’s Bitcoin SV regardless of the consequences.

This was via a tweet that read as follows.

“I have no intention to start a hash war with CSW because if I do (by relocating hash power from btc mining to bch mining), BTC price will dump below yearly support; it may even breach $5000. But since CSW is relentless, I am all in to fight till death!”.

A shift of hashing power from BTC to Bitcoin Cash would lead to losses on the part of Bitmain and Bitcoin.com because it is more profitable to mine BTC than BCH. Bitmain is believed to have substantial Bitcoin Cash holdings worth hundreds of millions of dollars, and so it is in the company’s best interests to maintain control of BCH.

Roger Ver’s mining pool Bitcoin.com had announced that it would dedicate its resources to mine BCH so as to prevent a 51 percent attack for one day on November 15. Wright dismissed the strategy as ineffective highlighting that only the most persistent miner would win.

The hash war has been viewed by many crypto market experts as irrelevant. As of the time of writing, Bitcoin ABC has a market cap of about $2.8 billion while Bitcoin SV’s is $1.5 billion. The former is valued at $162 and the latter $89. This is according to CoinMarketCap statistics. It is still unclear who is set to win the war in the long term, but the success of either is heavily hinged upon its use on the greater market as a medium of exchange.

Right now, Wright’s Twitter account seems to have been set to private. It is believed that his fight with supporters of the Bitcoin ABC side is one of the main reasons why he has chosen to keep his tweets private and only viewable to his followers. The retweet feature on his account has also been disabled.

With control of seemingly substantial bitcoin holdings and what appears to be a cavernous understanding of the bitcoin market, Craig Wright’s claim that he is Satoshi Nakamoto has drawn controversy among industry enthusiasts and observers.

He has received numerous requests from the crypto community to prove his Satoshi Nakamoto claim beyond reasonable doubt. One of the ways to prove this is by moving a single coin from one of the early bitcoin blocks tied to the pseudonymous founder.

He has, however, blatantly declined to do so insisting that he does not need to prove anything. What is clear though is that he is resolute in his endeavor to make Bitcoin SV the prime cryptocurrency.

There is emerging evidence pointing to his involvement in bitcoin in its early years. His connection with cryptographer Dave Kleiman, who is alleged to have been involved in its creation makes his Satoshi Nakamoto argument more compelling. The failure to confirm his assertions is what makes the whole story more contentious.

In my last article “Why ROS is perfect for IOTA” I wrote about the Robot Operating System and tried to...