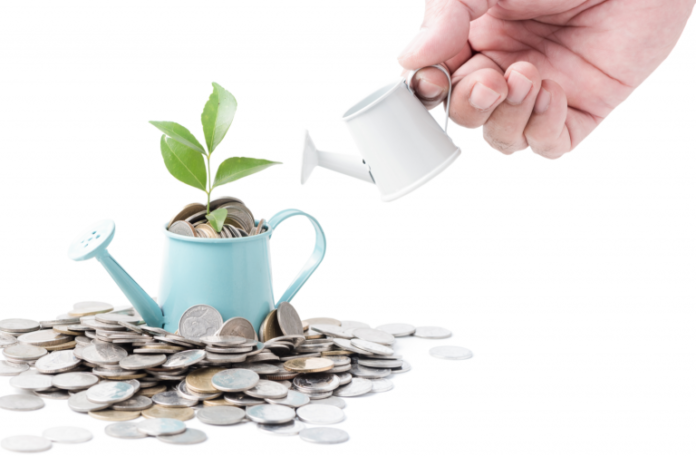 Cred, a licensed crypto-backed lending and borrowing platform based in California, now supports litecoin. The service will allow LTC holders to earn up to ten percent interest through any of its partners including the Litecoin Foundation, Bitcoin.com, Uphold, and Bitbuy. Since July 2019 Cred allows Bitcoin.com customers to earn interest on BCH and BTC.

Cred, a licensed lender based in California, has announced that litecoin (LTC) holders will be able to earn up to ten percent interest on their digital assets following a partnership with the Litecoin Foundation. The partnership is expected to help support the altcoin’s development as a portion of the funding generated through the service will be funneled into the LTC developer community.

The platform will allow LTC holders to invest through any of Cred’s partners including Litecoin Foundation, Bitcoin.com, Uphold, and Bitbuy. Litecoin holders will be able to commit to a six-month term and receive monthly interest payments, with the option to roll over pledged assets for additional periods. The company explained that customers will receive the best Cred rates when staking Cred’s LBA utility token. No account minimum is needed and interest is paid out in fiat or cryptocurrency. “We look forward to supporting the millions of Litecoin wallet holders with a more transparent, equitable set of financial services we have built, thanks to the advancement of blockchain technologies,” stated Dan Schatt, Co-Founder and CEO of Cred. “We’re thrilled to be working with Cred as our financial services partner, offering among the most competitive interest rates on Litecoin,” added Charlie Lee, creator of the altcoin.

Based in the San Francisco Bay Area, Cred is a decentralized banking platform serving customers in 190 countries with over $300 million in lending capital. It offers interest rates on more than 30 crypto and fiat currencies through its partner network.

In July of last year it was announced that a partnership between Bitcoin.com and Cred allows customers to earn up to ten percent interest on BTC and six percent on BCH invested with the platform. Those with investments over $25,000 have been benefiting from the partnership for the previous few months but it opened to all users, regardless of investment size, on July 15, 2019.

In October 2019 the company unveiled Cred Merchant Solutions, a point-of-sale handheld terminal that is meant to support companies that want to accept crypto payments. The Android-based terminal will be deployed to businesses at cost to help them quickly pay taxes and lower transaction fees. It is expected to support business sectors underserved by banks, like the $2 billion+ a year California cannabis industry.

What do you think about Cred now accepting LTC? Share your thoughts in the comments section below.

The post Cred Now Enables LTC Holders to Earn Up to Ten Percent Interest on Their Digital Assets appeared first on Bitcoin News.

Global research highlights how organizations are capitalizing on emerging technologies to enhance finance and operations for competitive advantage LONDON, —...