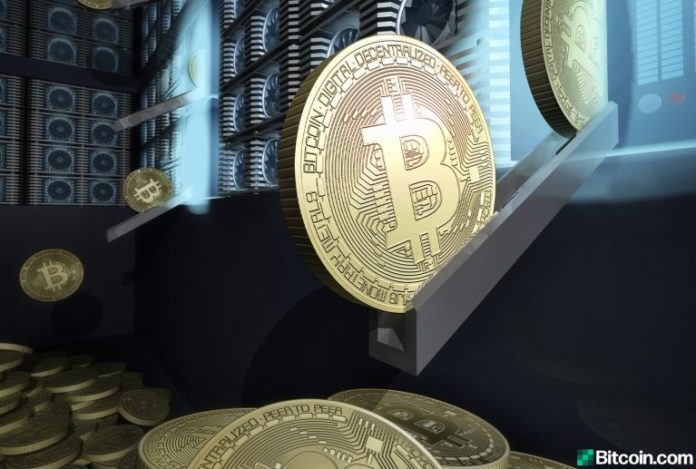 Since the market carnage on March 12 otherwise known as Black Thursday, the exchange Bitmex has seen 36% of the trading platform’s bitcoin reserves withdrawn. A few other well-known crypto exchanges have seen cold wallets drained, while other trading platforms have witnessed reserve increases.

At the end of January, seven exchanges held more than $25 billion worth of bitcoin, ether, and the stablecoin tether. With the current market uncertainty in the air, a few speculators would expect a massive amount of coins to be withdrawn to noncustodial solutions or sold. Most of the withdrawals and largest transfers of BTC out of exchanges started on March 12, 2020. The day before Black Thursday, Bitmex had more than 306,000 BTC held in reserves and now the exchange has 228,000. This means Bitmex customers removed 36% of the BTC holdings the firm held in its possession and transferred the funds elsewhere. Data shows that Coinbase saw a number of withdrawals between January 25 until now, but still has 1 million BTC in reserves. Of course, on January 25, the stash Coinbase held was worth $8.57 billion and today those BTC reserves are only worth $6.92 billion. Huobi has seen 9.38% of its BTC reserves removed from the exchange, after dropping from 469K BTC on January 25 to 425K on April 12. The third-largest exchange by the number of BTC reserves, Binance didn’t see much movement since that day either and the trading platform has gained 0.32% in BTC reserves since then.

Bitfinex joins Bitmex with a number of large withdrawals during the last three months, as it’s lost 29% of its BTC reserves since January 25. That week at the end of January, Bitmex was the fifth largest exchange by reserves in BTC but today Okex has taken the fifth position. Bitmex is now the sixth-largest with $1.58 billion worth of BTC and Kraken follows behind the exchange with $1.29 billion worth of crypto reserves.

Bitstamp held the sixth position back in January but since then, the exchange has dropped to the 11th position. Onchain reserve stats had shown that at the end of January Bitstamp had 242K BTC in reserves, but today there’s only 66K BTC on the exchange. That means a whopping 72% has been transferred off of the trading platform. During the last three months, Kraken has seen 24% of its BTC reserves transferred, as it once held 173K BTC and now only holds 130K BTC in reserves. Notable exchanges that have seen increases during the last three months include Bittrex (113K BTC), Bitflyer (92K BTC), and Gemini (70K BTC).

On Sunday, April 12, BTC prices crossed over the $7K mark again, but have been fighting resistance at the $6,975-7,100 zones. Three months ago news.Bitcoin.com reported that seven trading platforms held more than $25 billion worth of cryptocurrencies. Since then and even after proof-of-keys day, the top seven exchanges today hold $21 billion worth of digital assets. The change in value is due to people transferring funds but that’s only a small part of the equation. The $4 billion in value removed since January, has mostly to do with the price of BTC today rather than withdrawals. The withdrawals only pushed some exchanges down below the prior positions held at the end of January. Now there’s a slew of new exchanges who have more reserves than they did back then.

What do you think about the number of BTC withdrawn from certain exchanges? Let us know in the comments below.