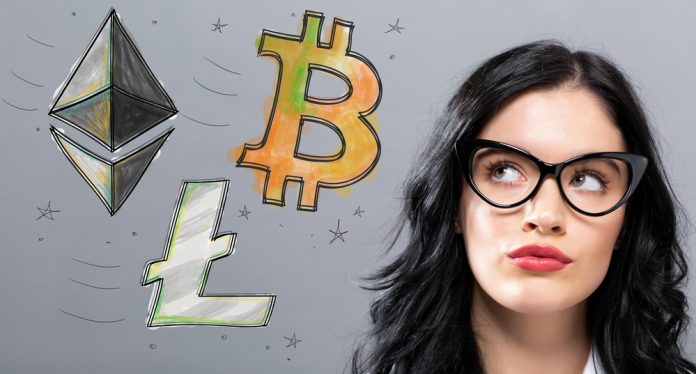 The early days decide the culture of an industry and determine its landscape for the years to come. This includes who gets involved in it, who gets to grow the business side of the equation, and, finally, who uses the sanest approach while doing so. This final component, in particular, is not a simple one; however, some examples suggest that the most powerful force of reason in this space could be none other than crypto females.

One might say that 21st century women are the luckiest because the economy no longer depends on male strength to push it forward. Furthermore, gender equality triumphs, meaning that paths to potential success for hard-working, determined women have been opened. Now, they are welcome to take up challenges, build their own careers, and contribute the value of their female touch. However, as the saying goes, there is always room for improvement, and this seems to be an ideal place for women to thrive due to the inclusivity and open source nature of the crypto space. This space is very diverse and it doesn’t matter whether you are female or male; it only matters how good and efficient you are at your work. That’s why the blockchain environment is a logical choice, despite still being visibly dominated by men.

However, for well-grounded crypto females, this is not a scheme to get rich, technical analysis competition, or some big game of life and death, with social media as the arena and traders as the gladiators. Forget ongoing hash wars and various Twitter contests. Women are generally more cautious and less testosterone-driven. For this reason, in the midst of chaos they are able to spot the bigger picture much easier and perceive this innovative phenomenon for what it truly is. As Helen Disney describes—and she really is a passionate blockchain woman—it’s simply a valuable new technology that will make data management more efficient and subtly improve our lives. It may change how the state operates and influences our lives; however, it won’t turn the entire world upside down, and won’t make us all crypto-millionaires.

Helen Disney is the founder of Unblocked, a hub for blockchain events, education, and information, and her career shows us just how much we need to change to fully adopt blockchain. Here is an important catch: she once worked for a company that paid her in Bitcoin, yet she used those Bitcoins to pay her bills. At the end of the day, isn’t this exactly what global blockchain adoption is all about?

Today, she strives to make this dream a reality. With her main focus directed towards sensible blockchain adoption, she organizes conferences and events, explaining to businesses how they can use blockchain to their advantage. In this manner, her company acts as a bridge between the technical and business worlds, making blockchain technology accessible for non-technical audiences of executives.

Blockchain is a shared ledger, which means it is distributed across many different machines. It can record and verify transactions in a permanent, trustless way, and this information is readily available. In the open blockchain, you are able to see the history of everyone else’s actions, and, more importantly, no one can tamper with it. In addition, your unique private key makes you the only one with access to your tokens; no government, bank, or institution can access them. This makes it easier to prove, track, trust, and audit transactions; however, this also means that some of the currently prevailing power structures and less efficient payment systems will be challenged. Still, it doesn’t really get too revolutionary because the world is a vast organism that is pretty difficult to change in a matter of years, let alone months.

According to Helen, you could call Bitcoin a “trust machine,” but even though it has enormous potential to reform citizens’ relationship with the state, its effects will be visible mainly in the world of business and data management. We don’t need to look too far to realize the significance of blockchain adoption when it comes to authentication and security.

Similar to Helen, Jess sold her Bitcoin early on, only in this case her motivation was to secure a decent profit rather than to cover expenses. Little did she know that it would soar to 100 times her initial purchase price. Still, she didn’t cease her involvement in the space, as many male pundits did.

She first became interested in blockchain while working in private equity, and she now combines her two biggest hobbies in the form of the Codex Protocol, a decentralized title registry for valuable collectibles. In a sense, one might say that she co-founded her own love for fine wines, classic cars and art. She is convinced that blockchain technology offers a multitude of benefits for the art market, and that Codex will make this business easier, with the blockchain database enabling buyers to reliably trace art origins, while owners preserve their anonymity.

Pretty important facts that weigh heavily on a buyer’s decision to pursue a transaction are now easier to track. In other words, Codex cannot determine whether a piece of art is a fake; however, it will offer buyers as much information as possible to ease their troubled minds. This is most effective for contemporary art because the authenticity of an item can then be traced with a token and its own blockchain identity as it passes on from seller to seller.

Speaking of pragmatism, blockchain could be leveraged to increase efficiency processes in cases where said processes have become too complicated and convoluted due to government interference or significant differences between energy providers (e.g., nuclear power plants and small renewable energy installations in people’s homes). For example, the firm ‘Electron’ utilizes blockchain to log and verify energy trading, thus delivering real value to consumers and making it easier to switch energy providers. With better, more efficient blockchain tracking, consumers’ bills might be lower, and billing mistakes less likely. Thus, it will immediately become a win-win situation for everyone involved.

JoJo Hubbard, a businesswoman behind Electron, doesn’t really cling to blockchain for innovation’s sake. She simply spotted a gap in the market (i.e., the enormous potential to solve a problem with this emerging, novel technology) and eventually did what all successful businesses do: built her success thanks to an early realization. This is an impressive feat indeed, especially considering the fact that in the past she intended to become a novelist. Instead, she ended up pursuing a blockchain career as an independent crypto woman focused on building real-life solutions.

Electron aims to enable grid operators to keep better tabs on the different resources in their ecosystems, from gas-fired turbines to hydroelectric plants, each with their own pricing structure. Everything occurs thanks to blockchain implementation.

But perhaps even more pragmatic in her approach to blockchain technology is Eleesa Dadiani, who earned her first chunk of crypto profits by selling not just Bitcoin, but other cryptos as well, including Dogecoin. People generally thought of this latter currency as a joke; however, she noticed that it had captured the imagination of the masses, which allowed her to cash out a decent sum of money.

According to Dadiani, she is “unschooled, with no degree,” and she has always been on the lookout for new opportunities. At 17 years old, she decided to learn belly dancing and become a dance teacher. She admits that she wasn’t very good at it, but she went through with it anyway. With her clients satisfied, she was able to successfully earn money. Sometimes intention and decisive implementation are all that matters, as we can see.

But when did the crypto space first hear about Eleesa Dadiani? Well, it was when Maecenas auctioned Andy Warhol’s 14 Small Electric Chairs, which they did in partnership with Dadiani Syndicate. Eleesa has effectively plunged into the art market, where she is now working on an ambitious goal to create the largest tokenized art fund using blockchain technology. She hopes that fine art can be turned into assets like stocks, thus becoming easily tradable and more liquid. For that goal, she is focusing her attention on the tokenized economy and blockchain channels, which allow us to purchase digital goods.

The Dadiani Syndicate excels at offering their services to the ultra-rich as an intermediary, enabling them to exchange cryptocurrencies for luxury objects via digital trade routes. They keep their clients’ privacy and assist them in circumventing many bureaucratic obstructions. This bolsters execution speed. For example, she claims to have sold a fleet of Formula 1 cars to a Chinese buyer for £4 million in Bitcoin. Who knows, if you had only landed on the moon and accumulated enough wealth, it is possible you would be consulting her right now to buy your fleet of freshly-manufactured lambos. Still, this begs the question of whether or not the vast riches that people hope to amass with crypto are even logically possible.

Eleesa seems to disagree, and believes that people generally sell their crypto as soon as they think it has peaked. This can be a long way short of where that particular coin actually peaks, and, most of the time, it’s practically impossible to accurately predict the outcome.

Build your wealth by doing incredible things and delivering value to your clients; don’t just sit around hoping for the price of Bitcoin to increase in value. This won’t bring the world any closer to long-lasting change, and certainly won’t enrich your private life.