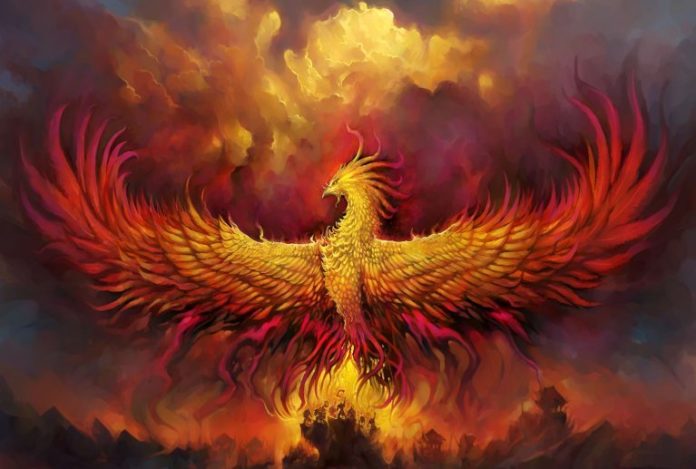 Prominent cryptocurrency entrepreneur Brock Pierce is attempting to revive the defunct Mt. Gox exchange by submitting a single rehabilitation plan for creditors called Gox Rising. Back in 2014, the former CEO of Mt. Gox, Mark Karpeles, reportedly signed over all of the business’s assets to Pierce and a firm called Sunlot Holdings Limited.

According to Goxrising.com, a plan is in motion to help the creditors of Mt. Gox gain restitution. At The North American Bitcoin Conference (TNABC) in Miami, Brock Pierce revealed the plan to help claimants get their return of bitcoin lost years ago. On Jan. 22, Gox Rising Limited published a press release describing the ‘United We Rise’ rehabilitation proposal which outlines the effort in greater detail. The plan calls for an implementation that should focus on a high degree of certainty so that claims can be “repaid in bitcoin and bitcoin cash.”

“The Gox Rising movement aims to restore the creditors’ losses as well as the world’s faith in the cryptocurrency industry,” stated Brock Pierce during his speech in Miami.

Following the announcement, leaked documents stemming from the trial have been revealed over the last two weeks concerning Mt. Gox creditors, the company’s trustee, and Coinlab. According to additional reports, Pierce and the firm Sunlot Holdings Limited allegedly purchased all of the remaining Mt. Gox assets for a single bitcoin. The deal was supposedly agreed upon by Mark Karpeles and Tibanne (Mt. Gox’s parent company) but it is unclear if the agreement is binding. The documents stem from the infamous leaker Goxdox who published Sunlot Holdings’ proposed rehabilitation plan, which is dated March 28, 2014. The proposal submitted at the time is very similar to the ‘United We Rise’ plan and the document says the sponsor company has the “resource for the capacity to make payments to creditors.”

‘A Pro Rata Portion of All the Mt. Gox Cash and Coins’

On Feb. 7, a few cryptocurrency proponents spoke out on Twitter about Pierce’s involvement with the defunct exchange. Blocktech founder Devon James said, “Wow — Really impressed by the plan Brock Pierce has been working on for the past five years, as well as the patience involved.” The same day, Bitcoin Private founder Rhett Creighton also remarked “[Brock Pierce] owns 100% of Mt. Gox and plans to relaunch — Payback creditors, leave Mark Karpeles with nothing.” Following the statement, Pierce responded to Creighton’s tweet and stated:

It should be honored as soon as possible without selling any more coins and you should get your pro rata portion of all the cash and coins.

The original 2014 Sunlot proposal was filed with the Tokyo District Court and subsequently leaked to the press by Goxdox. At the time, a few crypto proponents discussed the “rebirth” of Mt. Gox but the Sunlot proposal eventually fizzled away. Now, after five years of creditors fighting the liquidation phase, the bankruptcy case has transformed into a civil rehabilitation plan. Gox Rising is hoping people who had deposits on Mt. Gox will support the organization’s plan, but there are still many issues at hand.

Our sources in Tokyo have told our newsdesk that Gox creditors are absolutely terrified that their claims will still be brushed aside or payouts will be delayed further. Claimants want to be sure no one will make an equity claim with the Mt. Gox estate and delay payouts for even longer. Some creditors believe it would be a public service to all Mt. Gox victims to get Pierce to make a statement publicly saying that the original Sunlot agreement is non-binding and that he will not make any equity claims with it. Most people’s Mt. Gox claims to date have not been actionable, as the statute of limitations has run on just about everyone.

The Gox Rising plan does emphasize: “Equity will make no claim on any of the cash and coins held by the trustee.” Also, if the trustee does not have any intentions to relaunch Mt. Gox then Gox Rising Limited will bid for the former trading platform’s intangible assets which include intellectual property, the Mt. Gox Estate, brand, domain names, and trademarks. “Gox Rising is separately putting forward a vision for this new Mt. Gox Exchange, which will voluntarily create significant additional value for participating crypto creditors towards full recovery of their claims,” the CR Pillars plan written by the Gox Rising team reads.

Additionally, the Gox Rising team claims it will attempt the continued pursuit of residual assets including the lost or stolen coins. In the meantime, the trustee and the thousands of claimants still have the Coinlab claim hovering above them like a dark cloud.

What do you think about Brock Pierce’s plan to revive Mt. Gox and pay creditors back with this new plan? Let us know what you think about this subject in the comments section below.

The post Crypto Investor Brock Pierce Is Attempting to Pull Mt. Gox From the Ashes appeared first on Bitcoin News.

Neteller to Launch a Crypto Exchange