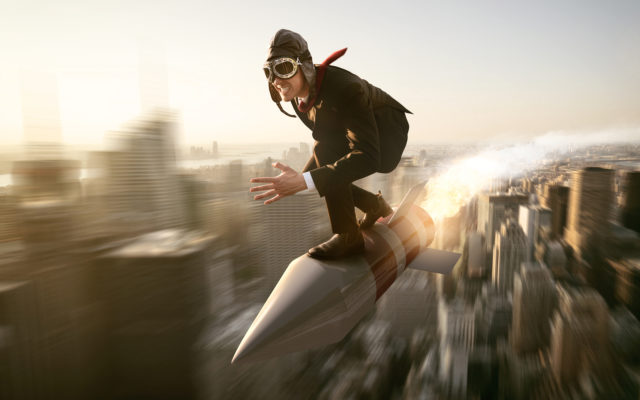 The crypto markets have exploded in the last 24 hours with over $14 billion flowing in. USD Tether is the only coin in the top twenty, that’s in the red, and that’s because traders are buying coins and exiting stablecoins.

The Bulls are back in the driver’s seat
In the past 24 hours, we have witnessed a huge influx of cash into the crypto markets. Bitcoin led the market by smashing through the $9,580 resistance that stopped it’s upward climb at the end of January. Bitcoin finished the first month of 2020 up 28%, but languished for the first few days of February, retracing to $9,100, before gathering more bullish momentum. Bitcoin is at $9750 at the time of writing.

Ethereum, the second largest crypto-asset by market cap, has also gained ground by eclipsing the $200 dollar mark, for the first time since September 22nd of last year. Many cite the growth of DeFi, and important progress being made on Ethereum 2.0 development. Ethereum is currently at $204.65, and has a nice golden cross forming.
Bitcoin Cash (BCH), despite the controversy surrounding its mining tax, just hit a 7-month high, reaching $430.75. BCH has gained 14% in the last 24 hours. Bitcoin SV (BSV), the fork of BCH led by Craig Wright, is also up significantly with an 11.64% rise in token price in the last 24 hours. BSV sits at $301.18, at the moment.
Ripple (XRP), the 3rd largest crypto-asset by market cap, is also having a nice little run. XRP finally crossed $0.27, and is expected to hit $0.30 soon. XRP is up almost 5% in the last 24 hours. Many cite renewed interest in XRP for remittances and cross-border payments, XRP being mentioned in congress, and a possible public offering, as reasons for the bullish price action.
Institutional crypto investors have been buying in big

Everyone: institutional investors aren’t coming
Greyscale: we took in $608 million last year, surpassing the total amount raised the previous six years. The majority of the inflows, about 71%, came from institutions like hedge funds, up from 66% in 2018, according to Grayscale.
— Rory (@roryhighside) February 4, 2020

Contrary to popular belief, Institutional investors have been quietly positioning themselves for the upcoming halving by investing in Bitcoin, as well as many altcoins. Altcoins typically move lockstep in price with BTC, but with more volatility. That means higher gains, but also much higher risk.
Even though many retail traders are under the assumption that the crypto winter scared off institutional investors, Grayscale has reported increasing investment by institutions, accounting for 71% of their clients.
Bitcoin’s halving may not be priced-in, although the upcoming reduction of new Bitcoin produced by the block reward has spawned intense debate online. Many analysts have been going back and forth making their case for why or why not the halving may not cause an immediate run up in prices. It seems the excitement surrounding the halving might still spark a nice bull run.
Bitcoin is very near to crossing the psychologically important $10,000 mark. When Bitcoin crosses 10K, even no-coiners will begin to pay attention. The 10K mark is when the media starts really paying attention to the markets as well.
Some of those Tesla gains may be making their way back into Bitcoin. After Tesla’s extremely bullish run up to $940/share, we may be seeing some traders taking profit and investing back into Bitcoin, just in time to long the market before the halving.
Do you think this is the start of a pre-halving bull run? Add your thoughts below!