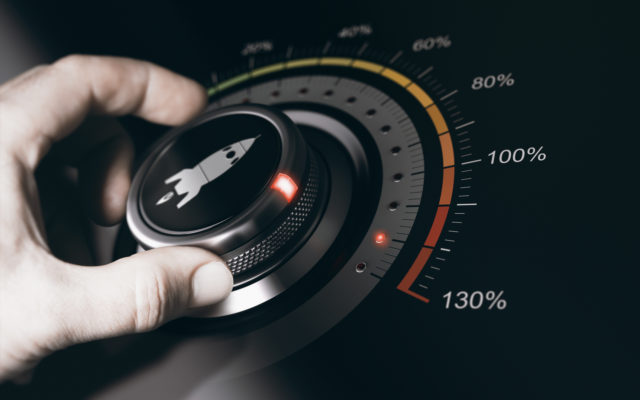 In 2019, miners have been revving up their ASIC to make use of the last Bitcoin block rewards before the halving in May 2020. The extremely high mining activity also meant that during some time periods, the network blocks arrived less than 10 minutes apart.

Bitcoin Blocks Produced Ahead of Schedule

In 2019, the Bitcoin network produced the 18 millionth coin a bit ahead of schedule. Based on TrustNodes research, miners discovered about 147 blocks per day, instead of the requisite 144 blocks.

On average, this meant miners distributed an extra 50 BTC per day. Most of the extra rewards went to the four largest mining pools, based on CoinDance statistics.

Right after the more favorable difficulty conditions, miners boosted their activity, setting a series of records by producing more than 110 quintillion hashes per second. The highly active mining is so far unaffected by Bitcoin price fluctuations, and peak activity happened on days when BTC market prices tanked.

BTC is not the only coin being mined ahead of schedule. Due to the still high difficulty, the Bitcoin blockchain is not really strip-mined into oblivion. By mining this actively, pools are actually bringing the halving date closer.

But networks like Bitcoin Cash (BCH) and Bitcoin SV (BSV) may see their halving arrive even faster. These networks habitually produce much faster blocks, sometimes coming each minute. The Bitcoin Cash network has already generated 18,134,125 coins. At that pace, the BCH reward halving will arrive in just 133 days, while the BTC reward will drop to 6.25 BTC in 172 days,

As for BSV, there are just 15 coins more in comparison to BTC. The BSV blockchain remains a bit slower, expecting its halving also in May.

The mining rally may have also affected the general market mood, concluded TrustNodes. The peak mining coincided with some of the most spectacular bitcoin rallies for 2019. Miners also continue to operate  at high capacity, despite having relatively thin margins. The current activity depends on the usage of S9 miners, and the new shipments of S17 machines may prove expensive.

The increased mining also arrived with the widening influence of F2Pool and Poolin, which together bring in a third of block rewards each day, or roughly 600 bitcoins.

What do you think about BTC mining? Share your thoughts in the comments section below!