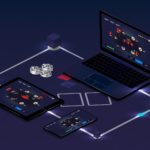 As one of the newest poker platforms to land in the crypto space, Crypto PokerGroup has been working hard to become the leader in providing incredible Bitcoin and Ethereum based benefits to poker players.

Throughout 2020 the Group has shifted focus to aid poker players around the world during the pandemic. The Group has successfully managed to do this by providing some of the most exciting rewards packages ever seen in the poker space. Some of the offerings so far have included: larger bonuses, extra weekly Rakeback, increased competition winners, additional player rewards as well as improved freeroll giveaways.

This idea first began at the start of 2020 where the Group introduced a never before seen “Relief Bonus”. This allowed players to claim a 100% matched deposit bonus while only requiring an easy clearance of 1:1 rake-paid vs the bonus amount. The popularity of this type of bonus fuelled further ideas as the Group developed further assistance packages for their community of players.

One other benefit came in the form of a giveaway centered around hands played. For the involvement of all players and based on their comprehensive ranking system the Group launched a “Free Cash for Hands Played” campaign. By allowing players to claim a reward every time they completed a set number of hands, the Group was able to support their players and allow them to continue having fun during the tough times of this global pandemic.

Following some fantastic feedback from their players, the Group is now preparing to launch a comprehensive campaign including all previous benefits into one large 2020 offering, aiding players during the COVID-19 pandemic. 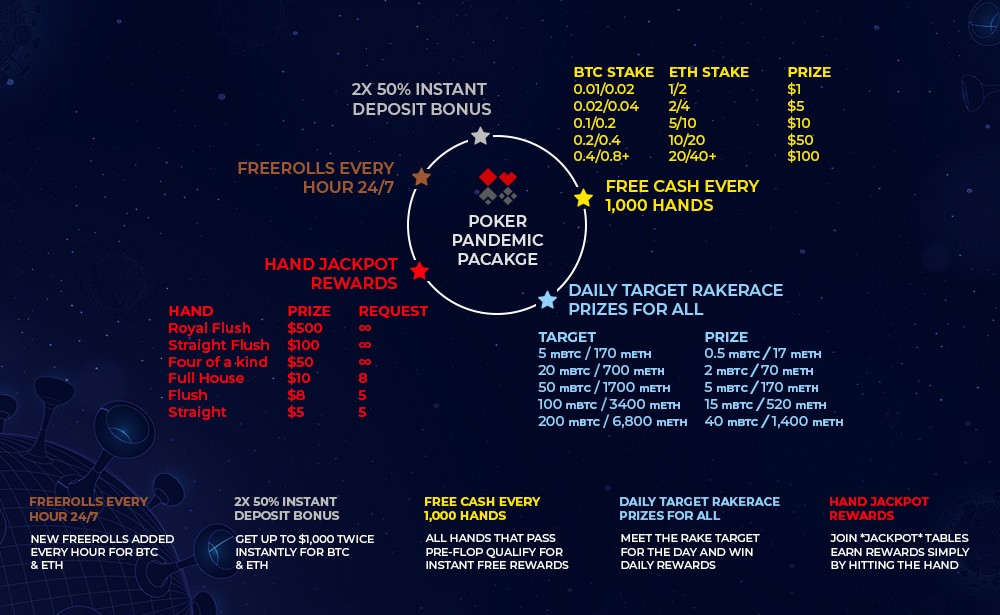 Target Based Rakerace Competition – Everyone Can Win!

New form of daily competition that gives any player the chance to win. Players will be set a daily target which if met will allow them to claim a reward. The targets vary from as low as 0.005 BTC all the way to 0.2 BTC, each one containing a proportionally larger reward.

An instantly available 50% matched deposit bonus for either Bitcoin or Ethereum. Players can request this bonus twice per month and are open to choose when and on which deposits it will be credited.

Rewards for Every 1000 Hands Played

Re-introduction of the campaign mentioned previously for November and December. Awarded for every 1000 completed hands with rewards ranging from 1 USD up to 100 USD for the different levels of table stakes.

Hitting a premium hand will also allow players to claim a reward on certain “Jackpot Reward” tables at Crypto Poker Group. Any player lucky enough to hit a Royal Flush can bag an enormous $500 while others can still benefit on lower-level hands like Straights or Four of a Kinds and possibly compensate for the loss on a bad beat.

Freeroll Tournaments are available any time of day on both Bitcoin and Ethereum running every single hour 24/7.