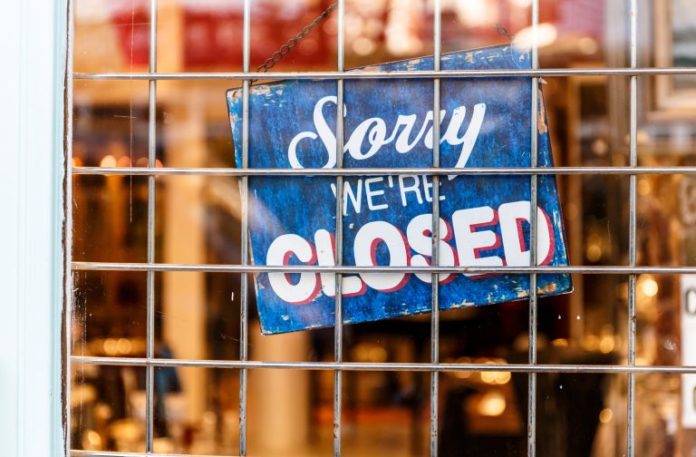 The digital assets market has been on an upward trend recently, with top cryptocurrencies such as BTC and BCH maintaining higher price levels. Unfortunately, this comes too late for some ventures in the field. The latest to cease operations is DX Exchange, which is now looking for a way to exit the market.

DX Exchange Is Looking for a Buyer

Estonia-based digital assets trading venue DX Exchange has announced that as of Sunday, November 3, the platform is not allowing any more deposits from clients, trading is suspended and all open orders have been canceled. This is done to close the exchange until a new buyer can be found for the company. Alternatively, DX may merge with another exchange to reduce the high cost of running the business. The company also reassured clients that all their funds are safe and need to be returned to allow a merger or a sale to proceed.

“We must inform the community that the board of directors of DX.Exchange has decided to temporarily close the exchange as we pursue a merger or outright sell of the company,” the team wrote in a blog post. “The cost of providing the required level of security, support and technology is not economically feasible on our own. The board believes this is the best opportunity for DX.Exchange to achieve success for its shareholders and compete in this challenging market. In the event a merger or sell is not completed in a timely manner then the exchange may not resume operations and take appropriate action.”

Smaller crypto exchanges find it difficult to survive in the current market as they have to spend a lot of money to comply with new regulations and compete with giants such as Binance. However, many other types of ventures in the digital assets industry are suffering too. Just recently we reported that Platin, a secure Proof of Location protocol which incentivizes nodes at scale by means of its own blockchain-based token, shut down on Nov. 1, 2019, despite all the recognition it got over the last two years.

DX Exchange was only launched on Jan. 7, 2019. It accepted deposits in BCH, BTC, ETH, USDT, DASH, LTC, XRP, and a few other cryptocurrencies as well as traditional fiat payment options. It initially offered trading on the tokenized stocks of some of the biggest public companies in the world, such as Google, Facebook and Amazon. This had been achieved through an agreement with MPS Marketplace Securities Ltd., which issued tokens that represent stocks via smart contracts and held the real world stocks according to demand on the platform. DX Exchange holds operating licenses from the Estonian Financial Intelligence Unit and reportedly employed over 70 developers in an R&D center in Israel. It is backed by NFX, a seed and series A focused venture capital firm based in San Francisco. The regulated platform operated in full compliance with Mifid II (the latest EU financial regulations), which means it featured a robust AML/KYC process. Its partner, MPS Marketplace Securities Ltd. is a Cyprus-licensed financial company which provides liquidity solutions for the online trading market.

The technology powering DX Exchange is built on Nasdaq’s Financial Information exchange (FIX), a vendor-neutral standard message protocol that defines an electronic message exchange for communicating securities transactions between two parties. The platform also supported trading via an API, which means it can be easily integrated with market makers, liquidity providers, algo traders, and hedge funds.

In early March, it was reported that DX Exchange began offering trading on tokenized exchange-traded funds (ETFs), including Nasdaq-mirrored QQQ, S&Ps and SPY. Later that month, it was also revealed that the platform was starting to list security token offerings (STOs).

Any security token could submit an application to be listed and needed to meet eligibility requirements for listing on the exchange. The potential issuers were evaluated according to their achievements, transparency, fundraising method, and management team. DX also required a legal opinion which supports the STO’s legitimacy and performed background checks on the management team and directors. For each security token which was offered, a whitepaper explaining the conditions, economic benefits and risks was required.

What do you think about DX Exchange closing down? Share your thoughts in the comments section below.

CoinJar, a top Australian crypto exchange, has revealed today that it will now be supporting ERC20 tokens, adding three new...