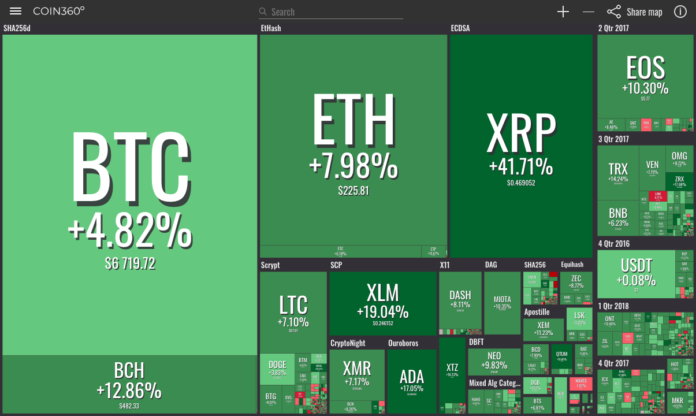 Bitcoin (BTC) has rapidly corrected its monthly losses Friday, September 21, after markets rallied to send prices above $6,700 for the first time in two weeks.

Data from Cointelegraph’s price tracker and Coin360 confirms a strong performance for Bitcoin, which had seen a week of flat trading closer to $6,200.

The move upwards, which occurred over several hours, came as news broke that U.S. regulators had again postponed their decision on the VanEck/ SolidX Bitcoin exchange-traded fund (ETF), but had not rejected it outright.

At press time, BTC/USD was trading around $6,707 an increase of about 5 percent on the day, taking prices back to the range they hovered in during mid-August. 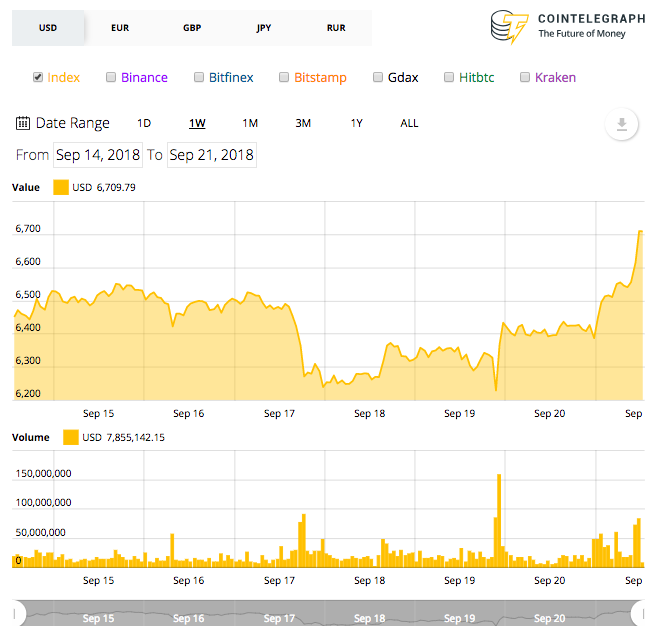 In altcoin markets, Ethereum’s (ETH) reversal of fortunes continued after weeks of beating Bitcoin on losses. Prices at press time for ETH/USD hit $225, also a first since September 7, having fallen as low as $171 in the meantime. 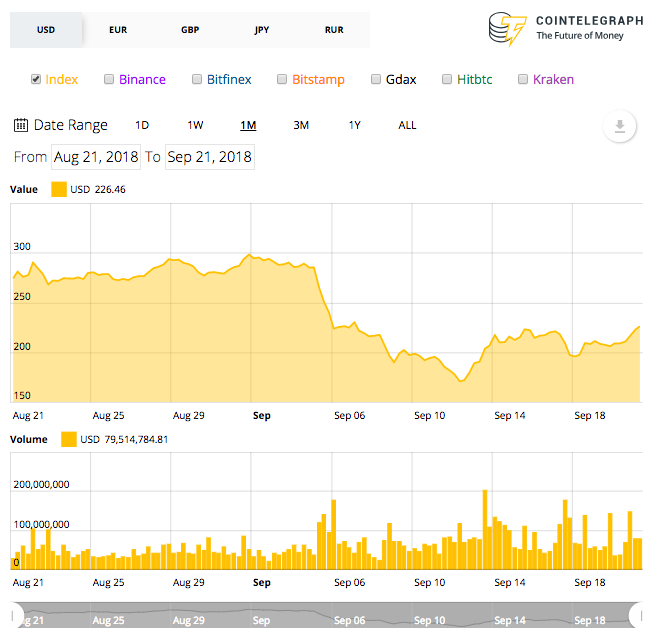 Ripple (XRP) nonetheless stood out as the clear winner on Friday, continuing its surge of over 44 percent on the day to hit weekly gains of around 68 percent, currently trading around $0.46. 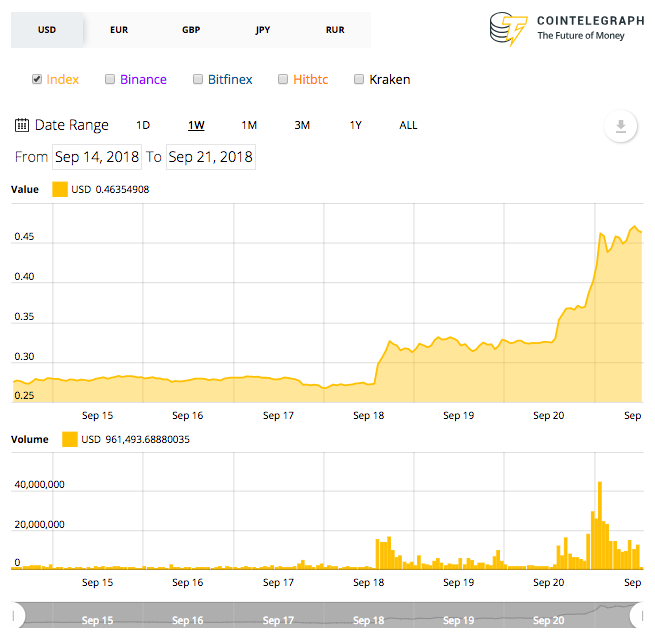 Commentators were initially unsure as to the motivation for such a rise, Ripple itself having hinted its xRapid payment transfer network would shortly begin serving its first banking clients. xRapid would offer international payment settlements using XRP directly as an intermediary currency.

CoinPayments.net, a platform for business-to-business (B2B) and business-to-customer (B2C) crypto payments, reported to Cointelegraph that they will be partnering with the...