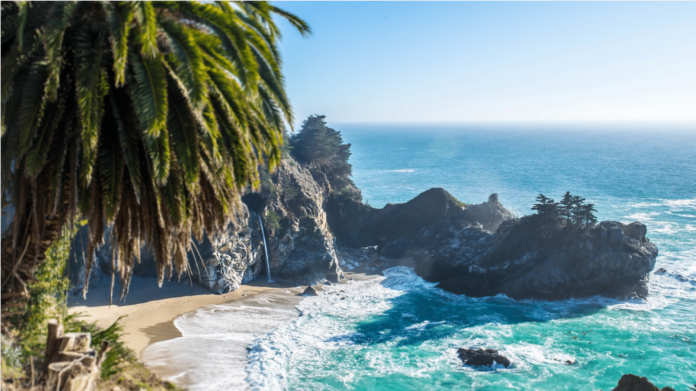 How many Caribbean countries do you know off the top of your head? Out of almost 700 Caribbean islands only about 30 are inhabited, each with their own stance on cryptocurrency.

The Caribbean Islands are first and foremost known as tourist destinations, but they have also, over time, picked up a reputation as shady offshore havens. The local regulatory stances on cryptocurrency are slow to evolve but are consistently pointing towards a more transparent future.

Despite their reputations, efforts are underway to regulate cryptocurrencies in the Bahamas and elsewhere in the Caribbean. A hotbed for fintech, the Caribbean has been revitalized by the growing and largely unregulated Bitcoin market.

Legislators in the Bahamas have signaled that they would like to incorporate cryptocurrency into the legal framework of the island’s economy, but with the way things stand now, there’s still a lot of work to do for that to happen.

Graham Thompson Attorneys, a leading Bahamian law firm, concluded in a whitepaper, titled, ‘’The Bahamas’ place in a Cryptographic World’’: “It is important that the Bahamas seek to not wedge virtual currency business into a legislative framework that doesn’t quite fit but to develop a piece of legislation, either by amendment to the PSA or otherwise, that is virtual currency specific.”

Indeed, the only official law offering regulatory treatment in the sphere is the old Central Bank of the Bahamas Act that dates back to 2010 when we had hardly heard of legal framework and standards in the digital token sphere. The act defines currency as follows: “8. (1) The currency of The Bahamas shall be the notes and coins issued by the Bank under the provisions of this Act. (2) The unit of the said currency shall be the dollar, which shall be divided into one hundred cents.” It mentions that it is the “Sole right of the Bank to issue notes and coins”. Obviously, as it makes no specifications for digital tokens, it is hardly able to regulate the emerging local cryptosphere.

Little by little things are beginning to change. On November 7, 2018, the Central Bank of the Bahamas issued a discussion paper on proposed approaches to the regulation of cryptocurrency assets. This paper describes the proposed regulatory posture on cryptocurrency assets and related instruments for supervised financial institutions (SFIs) under the remit of the Central Bank of The Bahamas.

This includes the application of government-imposed limitations on the range of cryptocurrency payment instruments called the Exchange Control (EC) regime. The planned operations will allow Caribbean countries to better stabilize their economies by constraining in- and out-flows of currency, and subsequently keeping exchange rate volatility at bay.

In 2019, the Securities Commission of Bahamas (SCB) took cryptocurrency a step further by releasing the draft called “Digital Assets and Registered Exchanges Bill, 2019.”

The DARE Bill, 2019 regulates the requirements for issuing or selling digital tokens in the country, and how sellers and related firms must conduct their businesses. It also covers the sections that ensure the entrepreneurs comply with anti-money laundering (AML) and counter-financing of terrorism (CFT) laws and protect their clients’ data and assets.

In Cuba, cryptocurrency may be the ultimate solution for US economic sanctions-caused problems. Not supported by the government, Bitcoin has been extensively used to top up phones, shop online and send funds after the roll-out of mobile internet in 2018. The founder of the Telegram channel CubaCripto estimates about 10,000 Cubans trade cryptocurrencies. Some use it as a side job, some get remittances from abroad.

Brazil-registered Fusyona can be called the first cryptocurrency exchange operating in Cuba. It helps with remittances, charging up to a 10% fee and working via larger exchanges. As other platforms hesitate to develop activity in the country, cautious of the US penal fines, Fusyona’s founder is using Bitcoin, saying “for Cubans it is a necessity and can be a solution to their exclusion from the global financial community.” Nevertheless, the exchange is planning to get authorised by the Cuban government. Funnily enough, in July 2019 the Cuban government was considering issuing its own cryptocurrency coin, but it decided to hold back on it to avoid money laundering and/or clashing with its communist principles.

The state’s central bank has been investigating the pros and cons of cryptocurrency and will soon discuss the prospects of using cryptocurrency at a meeting with global financial leaders in Washington. But, in the meantime, there are no administration bills that specifically place cryptocurrency under regulation.

The legal status of cryptocurrency in Haiti is controversial. Cointobuy’s analysis tool has ranked Haiti 208 out of 249 countries in terms of cryptocurrency safety. Obviously, it isn’t secure to invest in ICOs or trade cryptocurrency in this country. Nevertheless, cryptocurrency entrepreneurs of this small island have come up with a number of brilliant ideas. It is safe to say Haiti is enjoying a real blockchain boom led by a number of exciting and meaningful startups that are trying to shape the future of agriculture, production, and other spheres.

For instance, AgriLedger is a project that will enable users to trace the food supply chain and find out how products are grown or transported. The Blockchain Cotton Project (BCP) works in a similar way: it will endorse smallholder cotton farmers that provide cotton for US clothing producers. Farm locations will be tracked by GPS and BCP will also verify whether the cotton is organic or fair-trade and guarantee the farmers a fair price for their cotton.

Apart from this, Haiti is the homeland of groundbreaking educational projects like Cryptocurrency for Haiti and the Haiti Blockchain Alliance. They help common people get acquainted with the potential of blockchain. The Haitian Central Bank announced at the Haiti Tech Summit in June 2019 that it will be launching its own digital currency.

Little is known about the cryptocurrency industry in this region. After the Dominican Republic government banned using any kind of cryptocurrencies in transactions, all the financial institutions in the country cut down on crypto. However, citizens have kept using it at their own risk.

In Barbados, cryptocurrency regulations are still on the fence. The Central Bank of Barbados has expressed a positive attitude towards BTC and is starting to make changes on this front.

On July 5th, Bitt Digital Inc. became the first blockchain-based company to complete and exit the 8-month-long regulatory sandbox guided by the Central Bank of Barbados and the Financial Services Commission. Governor of the Central Bank of Barbados, Cleviston Haynes, confirmed that the Regulatory Review Panel (RRP) considered the type of business activity trialed by Bitt to be a candidate for regulation under legislation that is currently being drafted.

In June 2019, the Central Bank of the Republic of Haiti invited Bitt to present the likely benefits of a national blockchain-based digital currency.

The Organisation of Eastern Caribbean States

This inter-governmental organization aims at promoting economic development along with other legal aspects. Protocol members and Anguilla use the Eastern Carribean Dollar issued by the Eastern Caribbean Central Bank.

In spite of having no cryptocurrency regulations, these 11 countries have signed up to participate in a pilot program that will test the use of cryptocurrencies alongside the country’s national currency. Only time will tell if the blockchain-based digital version of XCD is OECS’s short cut to a cashless society.

This OECS member is willing to take part in the Digital Eastern Carribean Dollar ‘test drive’. However, the Saint Kitts and Nevis government is negative about accepting Bitcoins as a payment for the Citizenship by Investment Program (CIP), which has been warmly welcomed in many Caribbean countries.

Unlike their Caribbean counterparts from Saint Kitts and Nevis, government officials from Antigua and Barbuda are drafting laws to regulate Bitcoins. According to local media outlets, Antiguans are interested in using cryptocurrency to pay for public services.

The authorities of the Caribbean jurisdiction are developing a special bill with the aim of securing the status of legal currency for Bitcoin, the circulation of which is allowed in the territory of Antigua and Barbuda.

The decision was made during a meeting of the Cabinet of Ministers with experts from the Antiguan Leisure & Gaming Association, dedicated to best practices in accepting Bitcoins as payment for goods and services. Thus, very soon, Bitcoin could turn into an official means of payment in Antigua and Barbuda.

Interestingly, while enumerating the benefits of Bitcoin, Antiguan officials who promote its legalization in their home country noted that Bitcoin makes it easy to track transactions, which is very important considering how many see the Caribbean country as a “tax harbor. ”

In recent consultations with the authorities of Saint Lucia, representatives of the mission of the International Monetary Fund (IMF) said that central banks should not ignore Bitcoin. According to IMF experts, virtual currencies can compete with existing currencies and also challenge monetary policy.

Subsequently, it was reported that the Saint Lucian government was considering Bitcoin’s prospects and was exploring options on how to “make it work.” A corresponding statement was made by the Prime Minister of Saint Lucia, Allen Chastanet.

The 2018 BIS Annual Economic Report suggested that cryptocurrency is the “new petal in the money flower.” The taxonomy of money can be defined by four properties: the issuer, the form, the degree of accessibility and the payment transfer mechanism. Cryptocurrencies combine three key features:

The competitive advantage of cryptocurrency is its underlying distributed ledger technology. It enables each user to verify transactions in their copy of the ledger, ensure the accuracy of each transfer and rule out the possibility of double-spending. 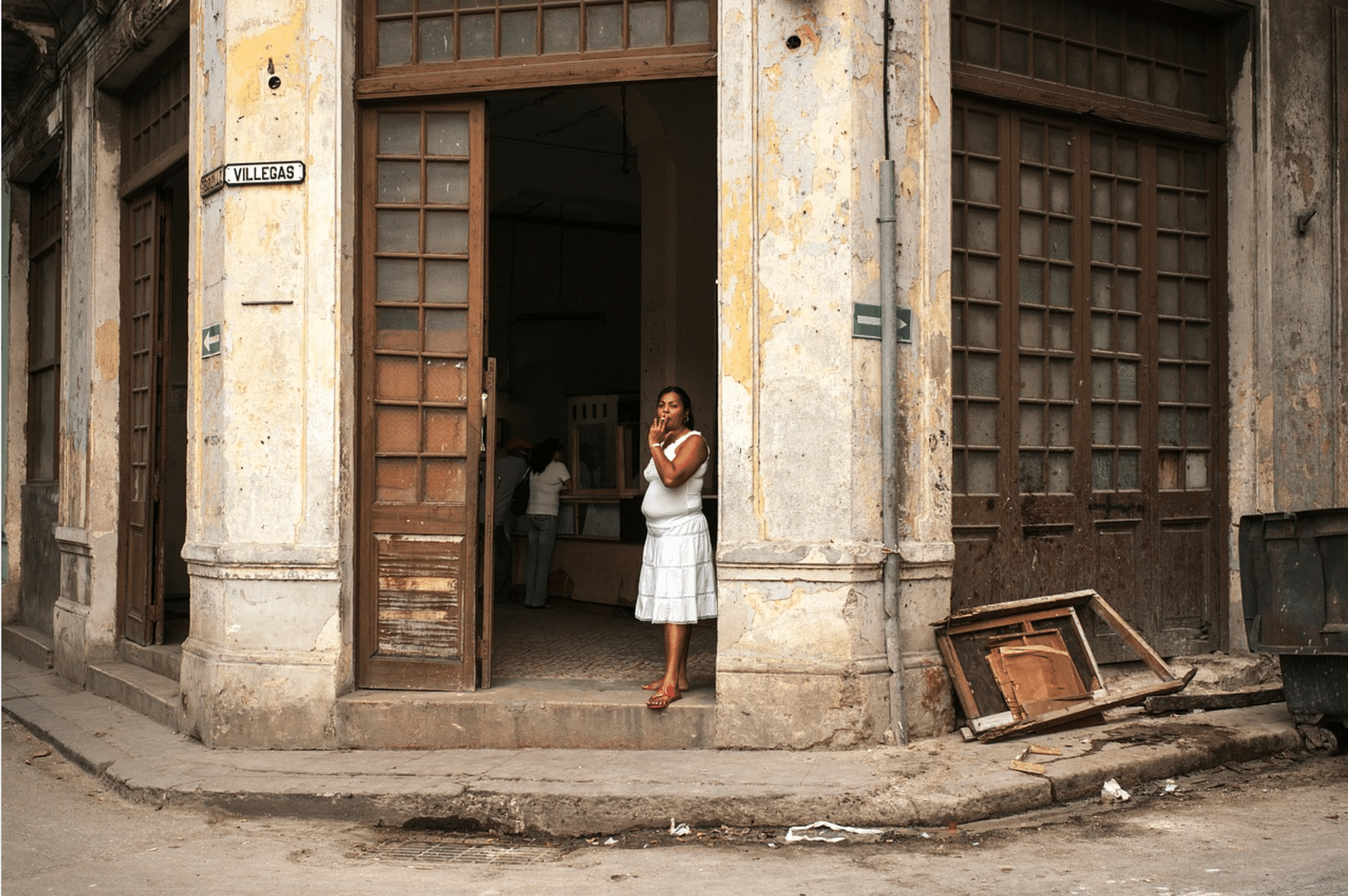 What does this mean for the Caribbean islands?  BTC has a number of potential benefits that could let the financial genie out of the bottle.

For the small Caribbean countries that made a name for themselves as tax havens in a similar way to the Latin American Panama, cryptocurrency offers a way of evolving into the future. After a massive leak of financial files tied to the fourth-biggest offshore law firm in the world, it was hard for Panama to recover from reputational losses. Panama shifted its focus onto cryptocurrency at the official level by working out taxation protocols and supporting blockchain technology.

The Caribbean seems to be following Panama’s example. The Bahamas are drafting regulations of cryptocurrency assets. The British Virgin Islands are issuing a national cryptocurrency coin. Antigua and Barbuda are offering citizenship for BTC. In other words, a good many Caribbean governments are willing to put themselves on the map in the cryptocurrency space. In the opening stages of introducing cryptocurrency into the global economy, it is crucial for blockchain-based projects to keep security issues crystal clear. Gaining user trust is key to the mass adoption of Bitcoin. With operational security in the spotlight, it is important that locals use reputable cryptocurrency services such as top market leaders like Binance, Coinbase, and Bitfinance. As far as safe wallets are concerned, Freewallet is proud to work side by side with these big names to make cryptocurrency more available to a wider audience. It’s been a privilege for us to join our efforts in order to modernize the financial services sector.

The Caribbean is boldly stepping into the future with cryptocurrency and we are happy to help this process along.

The post Cryptocurrency Regulation in the Caribbean: Is It the Perfect Sandbox? appeared first on CoinCentral.