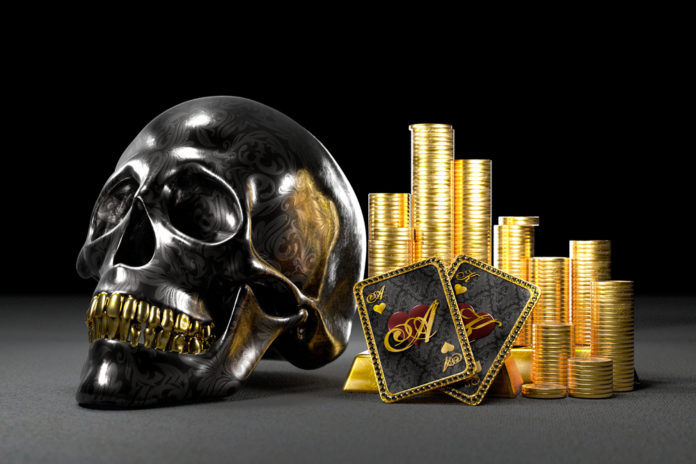 The Augur platform allows users to bet on the most impossible things. For example, on the death of celebrities.

A new blockchain-based prediction marketplace is getting lots of press. On Augur, users can use cryptocurrencies to bet on the deaths of celebrities. This leads to fears that someone might come up with the idea of murdering such a person.

Death bets in the blockchain

But actually Augur has a problem for quite different reasons. The idea of ​​such death bets, known in English as “Death Pool”, has been known for years. Blockchains with their decentralized networks and their potentially anonymous transactions are considered an ideal platform.

Augur relies on open source software and uses blockchain-based applications, smart contracts, that allow users to launch their own forecasting markets. Cryptocurrency bets are automatically combined and the winnings are distributed without users having to identify themselves. But is it perfect for anyone who wants to benefit from the death of another person?

Meanwhile, on the Ethereum-based platform, launched on July 10, there are markets that are betting on the demise of US President Donald Trump, investor Warren Buffett, Amazon boss Jeff Bezos, or actress Betty White. But there are not many transactions yet, and the sums wagered are small. That it could therefore come to criminal acts, is unlikely.

Illegal activities are still possible through Augur – and they may prove to be difficult to track. Forecast markets are generally not allowed in the US. Federal and state laws prohibit online games and “it is unclear in many ways how much prediction markets differ from gambling,” said Aaron Wright, a professor at the Cardozo School of Law, New York. In addition, some augur contracts allow users to bet on the later value of things, such as the coming value of the cryptocurrency ether.

This sounds very much like trading in binary options, which is prohibited without the approval of the relevant Securities Commissions Commodity Futures Trading Commission (CFTC). In 2012, CFTC sued Intrade, a prediction market in Ireland, for allowing US users to trade binary options. Finally, Intrade was outlawed to offer such contracts in the US.

And indeed, Augur has already caught the attention of the CFTC. But if the authority decides that Augur is illegal, how should the decision be enforced? The inventors of Augur say they have no control over what users use their protocol for – and they can not stop it either. This creates a problem that is “endemic” in the Blockchain technique, according to Wright, who recently co-wrote a book on the subject. “If there is no intermediary, a company or a group of people responsible for the marketplace, how should laws be applied or activities be stopped?”

As with Napster & Co.

When Napster, Limewire, and other peer-to-peer file-sharing networks started distributing music, movies, and other files freely over the Internet two decades ago, similar issues arose for prosecutors. But in each case, there was one entity that sued for copyright infringement. Software like Augur, which is open source, downloadable for free and running on a blockchain, is creating new challenges.

This does not mean that laws can no longer be enforced, they just have to be applied in other ways. This includes recognizing illegal activities on Augur and prosecuting those behind the software – just like the creators of malware, Wright argues. This, in turn, would lead to disputes over the right to freedom of expression.

Alternatively, law enforcement could also target those users who keep the protocol running. These so-called reporters use Augur’s tradable crypto-tokens, called REPs, to report results and then get more tokens if their reports are in line with the larger consensus. There are also other starting points, says Wright. “Just because there is no center does not mean that illegal activities can not be pursued indirectly.”