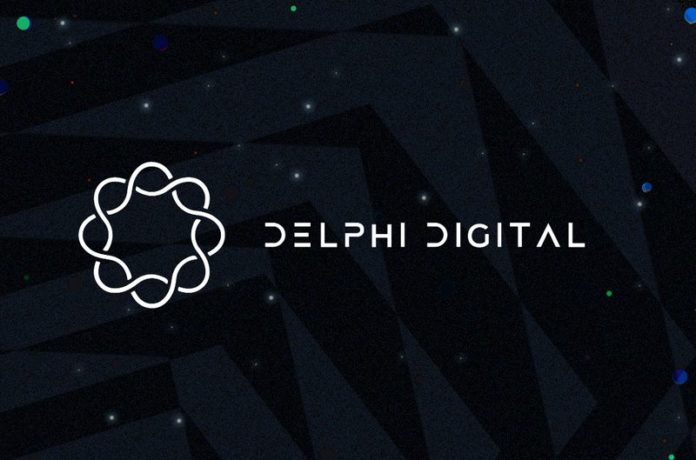 Delphi Digital has returned with another installment of its unspent transaction output (UTXO) reports. Recalling its report from January of this year, the research firm says bitcoin’s market cycle is right on track. The prior report called Q1 as the bottom of the bear market, and this claim was later corroborated by Adamant Capital’s own evaluation.

As before, Delphi Digital’s evaluates UTXOs as presages of market buying and selling, and by extension, the future trajectory of the market. UTXOs is a technical way of describing the last time bitcoin was moved by looking at the last block a transaction was included in.

“UTXO age distribution over time provides insight into the buying and selling patterns of previous market cycles. This allows us to forecast where we are in relation to prior cycles and what we can likely expect going forward,” the report states.

The starkest finding in the report is Delphi Digital’s belief that “bitcoin has bottomed,” consistent with its prior analysis.

Going on the assumption that the bottom occurred in December at roughly $3,200, “the 1 Year + holder rate was 53.9% at the time, which falls right in line with the 1 year+ holder rate of 53.5% during the price bottom of the previous cycle in January 2015.”

An encouraging data point, these long-term holders didn’t sell during the previous price rally to $5,000, something Delphi Digital says happened frequently during the market’s rollercoaster price swings in 2018. What’s more, the 1–2 and 5+ year UTXOs are growing, a trend that indicates younger UTXOs are being held onto for longer periods and graduating to older lifespans. Delphi Digital sees this as a strong sign of accumulation.

“This pattern of very gradual hoarding among older bands was also visible in previous cycles after the bottom was decidedly in,” the report states.

Fewer holders are willing to sell right now, the report continues, because the chance that investors/traders will be able to buy back lower is potentially diminishing. Delphi Digital’s data suggests this so-called reflexive scarcity was prevalent in previous market cycles as well, and it’s another indicator that gives it confidence that the worst is behind us.

And there’s plenty of data to suggest as much. Delphi Digital continues throughout the report to cite optimistic measures. One of these shows that, in 2019, bitcoin has outperformed a host of other legacy investments, including oil, the S&P 500 and gold. Interestingly, it also draws correlations between the rise and fall of Chinese equities and tech stocks with bitcoin.

The report winds down by claiming that bitcoin is gaining some momentum, charting this progress with 50-, 100- and 200-day moving averages. Most importantly, when bitcoin transcended $5,600 on exchanges a few weeks ago, the 50-day moving average crossed above the 200-day moving average in what’s known as a “golden cross.” This technical indicator is renowned in all walks of investing as an extremely bullish signal, though Delphi Digital notes that, with the exception of a cross in October 2015 that preceded the 2017 bull market, three of bitcoin’s previous golden crosses have led to “sizable declines.”

Still, in light of its other analysis, Delphi Digital believes that this golden cross is likely a good sign.

“Bitcoin is still trading comfortably above its 200-week MA, offering some reassurance the cycle bottom for BTC was put in back in December. BTC would have to drop 32% from its current level ($5,225) to retest its 200-week MA and nearly 40% to retest its December low.”

Delphi Digital rounds out the report by charting the trading consistencies between the current market cycle and the 2013–2015 cycle, noting that the consistencies “align with [its] UTXO analysis.” It also notes that investor sentiment has been on the rise in recent months, according to research from TheTie.io.

“Further price appreciation is likely to continue if average daily sentiment score remains at current levels. However, if sentiment score starts to roll over, we anticipate price to revert a bit. Overall, it appears traders are still more positive about Bitcoin than the end of 2018, confirmed in recent conversations we’ve had with analysts at TheTie.io,” it concludes.

Trading and investing in digital assets like bitcoin is highly speculative and comes with many risks. This article is for informational purposes and should not be considered investment advice or an endorsement of any product. Statements and financial information on Bitcoin Magazine and BTC Media related sites do not necessarily reflect the opinion of BTC Media and should not be construed as an endorsement or recommendation to buy, sell or hold. Past performance is not necessarily indicative of future results.

Deconstructing #DeFi – What Does Decentralized Finance Mean for Crypto’s Future?

Decentralized finance is becoming one of the crypto buzzwords of 2019. Beyond the hype, the DeFi movement offers up some...