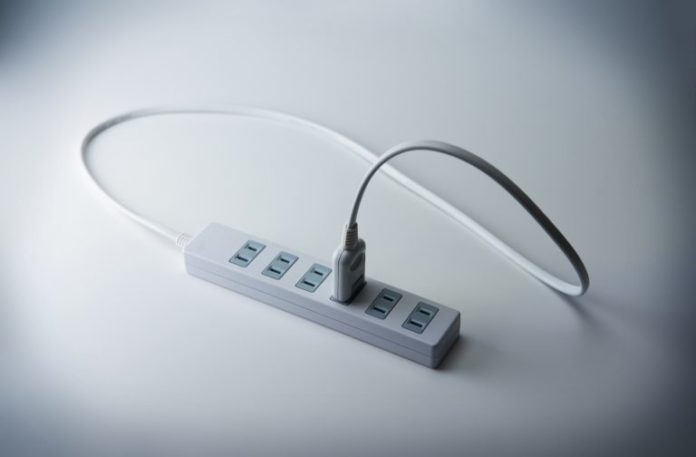 The U.S. Treasury Department has just issued an urgent letter requesting a lift on the debt ceiling, warning Congress of imminent financial collision in September as federal cash is running out. Though this scenario has played out many times before, it takes on special significance now in light of president Trump’s recent comments about bitcoin, saying it was created from “thin air,” and a congressional warning to Facebook regarding their Libra project. After all, to raise the debt ceiling and keep paying bills with borrowed USD is creating value out of thin air as well. Intrinsic value is nowhere to be found here. Not surprising when it comes to fiat perhaps, but diamonds and gold don’t make the cut, either. Fiat: The Biggest Ponzi Scheme There Is

“Based on updated projections, there is a scenario in which we run out of cash in early September, before Congress reconvenes”

Speaking of cash, contrary to popular belief, the Federal Reserve doesn’t actually print any paper money. That’s what the treasury does, and this practice isn’t all that remarkable anymore, comparatively speaking. As it stands today, only about 11% of the money supply in the U.S. exists as physical money. Though estimates on exact amounts vary, the vast majority is created digitally, and debited or credited to banks via Fed implemented policy.

What this means is that the current system is literally one of centrally controlled digital assets. The whole thing is really a debt spiral of sorts, where the creator of the credit and debt (the U.S. government) essentially borrows from itself while the budget and national debt continue to increase for taxpayers. A raised debt ceiling only exacerbates the situation, long term. Clearly, there is no plan to ever pay off these debts, or become solvent. That’s where you, your children, and your children’s children—and on and on—come in. Where Does Value Come From?

If money can be created out of “thin air” as such, how can it have any real value? Some claim that cash should be backed by gold, and this is solid reasoning. Gold here on planet earth is a limited commodity, so the precious metal can’t be “printed” ad infinitum. As such it’s a safeguard against inflation. A much more sensible approach than simply firing up the old fiat printing presses and burning down the town, devaluing the dollar even more. But even gold is plagued by this singularly troubling, controversial question: what gives it value? The “Diamond-Water Paradox” is a compelling thought experiment challenging popular economic misconceptions. Many have viewed—and continue to view—money through Keynesian or even (outside economic circles) Labor Theory-colored lenses. To the Keynesian and “Modern Monetary” mind, debt itself is a go-to tool in times of debt crisis, as evidenced now by the pleas to raise the ceiling in Washington. To the labor theory view (“I spent five hours on that paper, I should have gotten an A!”) time and effort equate to objective value.

To get to the paradox: Economically speaking, nothing has intrinsic value. How much value does a pile of diamonds have to someone stranded in the desert, about to die of thirst? Imagine a table there in the merciless, dry scorching heat, where you can either choose diamonds (and certain death), or a life-giving drink of cool, clear water. Almost everyone (with a will to live) will choose water for a simple reason: value is not intrinsic. It is created from the market atmosphere of a given situation at a given time, as observed by a given market actor (in this case, the person dying of thirst). Get this individual back to civilization, where there is plenty of water, and they will most likely choose the diamonds.

Further, if there were multiple tables of water and diamonds in the desert (remember only one can be chosen), the market actor will consume the water first and begin to stockpile it, until its marginal utility has been exhausted. Diminishing returns (a heavy backpack and no more thirst) mean that soon the diamonds will be the best choice now that survival is likely, and their exchange value back in civilization is high. Gold and other resources do meet the criteria for being sound money, but they are all worthless without a market to value them. If suddenly nobody had any interest in gold, its value would plummet to zero, and even the number “zero” itself would become meaningless. This notwithstanding many individuals, even in official government positions, continue to argue that some things like gold or the USD have a kind of inherent value, where others don’t.

Though quality is often recognized in a sense that seems universal (very few people will, for example, say that Beethoven’s symphonies are garbage and of low quality or value) in economics, one is forced to recognize this critical limitation. So while gold might be argued by some to have some kind of mystical “intrinsic value,” or Beethoven’s music might be said to be quantifiably “better,” it’s a moot point, ultimately. It all depends on the market actor and context. Crypto: Full of ‘Thin Air,’ But Not Lacking Value

Governments fail miserably in attempting to “force-fit” rigid economic templates like raising the “debt ceiling” or setting arbitrary interest rates. They engage in synthetic interference regardless of individuals and their market action, when ultimately it is these market actors creating the actual value and price signals for the economy in the first place.

Whomever Satoshi Nakamoto may be, he or she was fed up with this fiscal lunacy, and pitched a new idea to the world. The new idea gained currency (quite literally). As people began to value it in concert, a market was created. What Mnuchin and his friends at the treasury should really be worried about is the faulty, destined-to-fail monetary system they’re riding on, and not so much debt ceilings, or any other such meaningless policy in the context of pyramid-scheme fiat. The Situation Truly Is Urgent, But Not Because of a Debt Ceiling

As it stands, the Treasury Department is sending urgent letters to Congress. The House of Representatives is sending urgent letters to Facebook. And Fed Chairman Jerome Powell says that Libra needs to be approved by regulatory bodies before moving forward any further. Because, of course, it’s urgently important. All in the name of not letting a voluntary monetary system overtake a violent one.

If one were visiting this planet as an alien, it might seem as if humans were being ruled by the violently, economically inept. Debt ceiling adjustment squabbles would look like the least of the world’s problems, or at least to be expected, when the name of the game in the first place is to create credit out of thin air, and saddle it to the backs of the debt-serfs when it implodes.

What do you think about Mnuchin’s letter to Congress? Let us know in the comments section below.

The post Diamonds and the Treasury Debt Ceiling: Why Nothing Has ‘Intrinsic Value’ in Economics appeared first on Bitcoin News.

Bloody Monday has been a harsh start to the week for many crypto assets, including Ethereum. Bitcoin’s return to four...