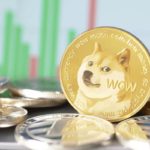 Altcoins are cryptocurrencies created after Bitcoin, with Ethereum being the largest one among them all. While many of them have barely survived since their creation, quite a number of cryptos have proven to be good investments. One of these is Dogecoin, which has a return on investment (ROI) of over 380%.

In this article, we will analyze Dogecoin in order to explore the predicted performance for the month of October 2020. This should help investors and traders make the best decision about Dogecoin within the month.

Dogecoin is a cryptocurrency created based on the popular “doge” Internet meme. It was designed as a fun cryptocurrency, with a lighter undertone to the hard blockchain technology that many cannot easily relate to. Beyond the imagination of creators Billy Markus and Jackson Palmer, the coin has grown to become a popular one.

A fun fact about this crypto is that billionaire Elon Musk has repeatedly tweeted about it being his favorite cryptocurrency. He was even the purported CEO of Dogecoin for a few hours.

Used mainly primarily for tipping on Reddit and Twitter, DOGE has an uncapped supply, meaning that there will always be new coins going into supply, unlike Bitcoin, for example, that has its supply capped at 21 million coins. Dogecoin is currently worth $0.002659 with a market cap of $336,759,979 and a 24-hour trading volume of $102,689,010. 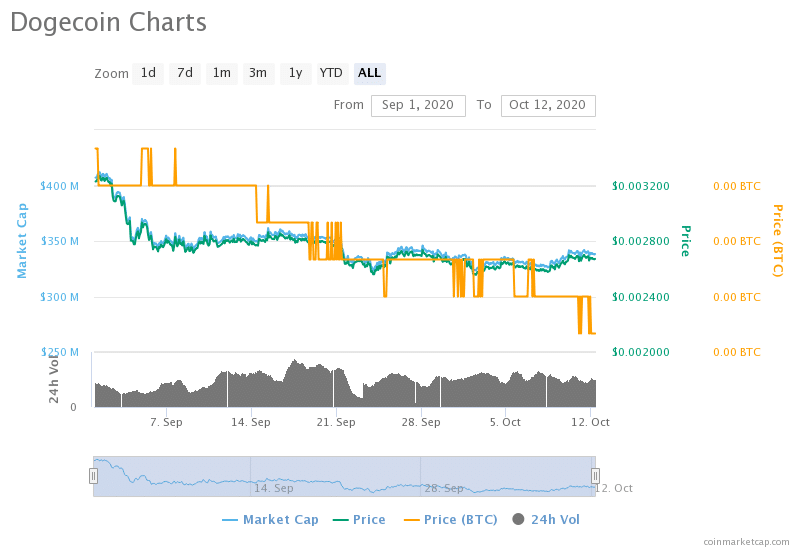 Dogecoin started the month of September quite up there at $0.003229 but embarked on a downward move almost immediately. By 9 September, it had dropped to $0.002727, and, after consolidating for some time, the price dropped further as low as $0.002560 on the 24th. There has been no major movement since then, as it has consolidated so far.

Looking at the DOGE chart against the U.S dollar, the relative strength index (RSI) (at the bottom of the chart), which was around 50 a few days ago, has dropped to 48.28. This indicates that bears prevail over bulls, meaning that the selling pressure has exceeded the buying pressure. 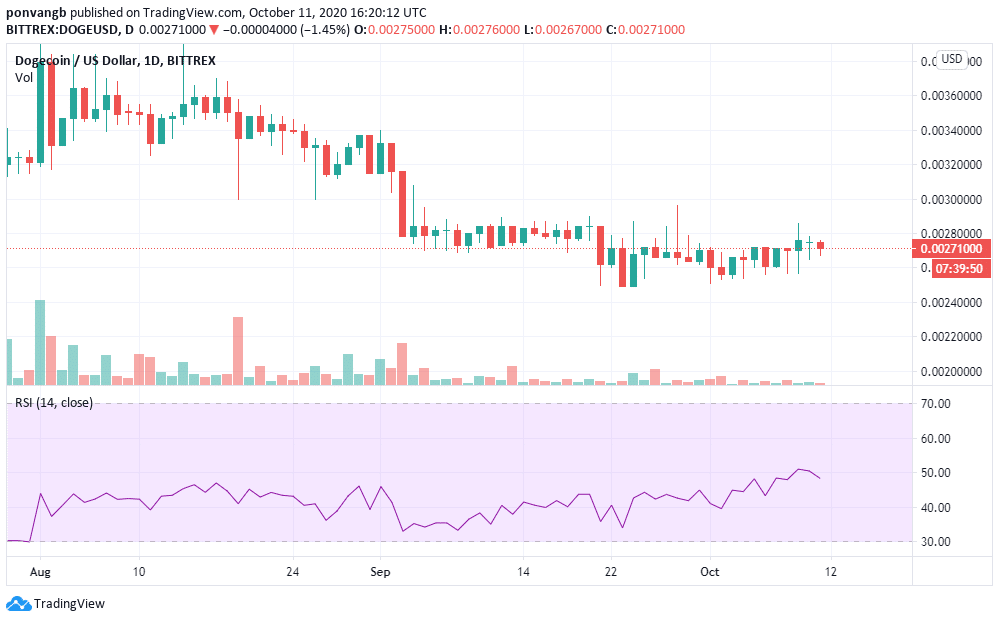 The following are critical support and resistance levels to watch for the month as calculated by Walletinvestor. It covers the 3 most important resistance and support levels:

Dogecoin is gaining more acceptance and is getting exposed to more users. On 8 October, a fully licensed and regulated Estonian cryptocurrency exchange, WhiteBIT, listed Dogecoin on its exchange’s tradable assets. Henceforth, exchange users can trade the DOGE/USDT pair. It is worth mentioning that more trading pairs are likely to be listed for Dogecoin as time goes by.

The following are market opinions from top websites that give price predictions on crypto and other assets. The predictions are based mostly on historical data, and the following cover how Dogecoin is expected to perform in October based on such data. 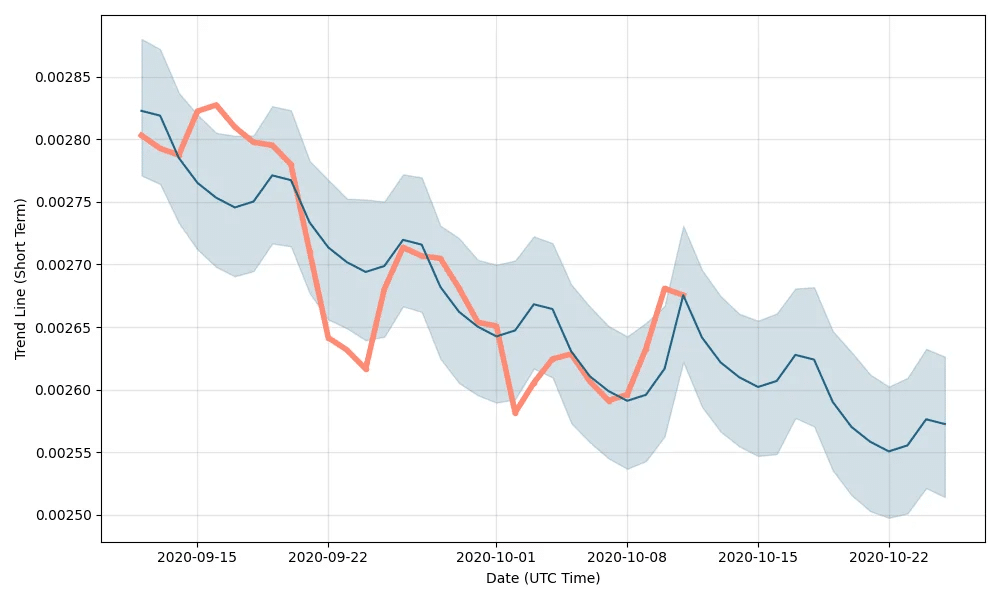 DOGE is not expected to see major price changes in October, whether positive or negative, according to Walletinvestor prediction. The maximum price that the coin is expected to reach is $0.00270 by 12 October, while the lowest price is to be $0.00250 on 21, 22, and 23. Below are the price predictions for the next 14 days, including the daily price ranges:

Cryptoground predicts that DOGE will drop to $0.0242 after losing 5.42% in the next month. This means that its price could be dropping in the month of October.

Like Cryptoground, Gov.capital projects that DOGE will be at $0.0242 towards the end of October.

Looking at the above predictions, there is a close agreement that DOGE will not be doing very great in October. But it may be a good idea to get it for the long term, as many websites project major gains in a few years to come. However, you should note that as the supply is not capped, a significant price increase like in Bitcoin may not be possible.