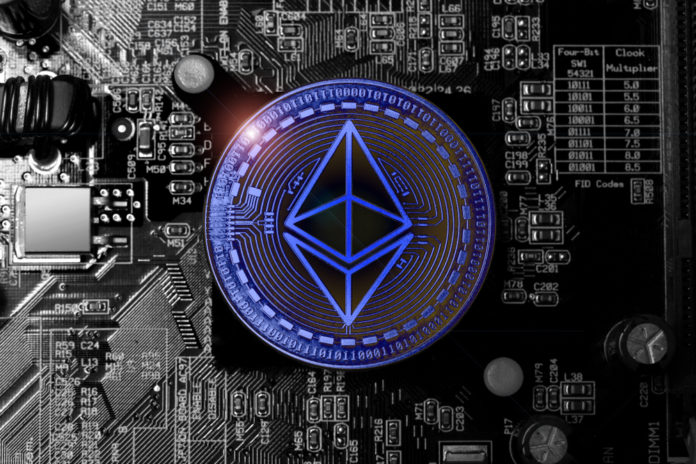 To transfer 0.1 ethers, a stranger has paid a totally exaggerated transfer fee. Miners want to return the money.

A Noteworthy Transaction in the Cryptocurrency Ethereum Provides Riddles: To transfer 0.1 ethers – equivalent to around € 12.76 – an unknown user paid a hefty transaction fee of 2100 ethers last Monday, the equivalent of around € 268,000. By comparison, bitinfocharts gives the current median value of the fee for an Ethereum transaction at around 6 US cents, or 5 euro cents. Most observers suspect that the person has squandered and exchanged transaction sum and fee.

However, the public address from which the transaction originated behaves in a manner that does not look like a private consumer. Currently, it has over 18,500 transactions, some of them with very small sums, which were also made only a few hours ago. At first glance, most of the transaction fees seem appropriate, but community observers have revealed further transfers with astronomically high fees:

Transaction fees are one of the two sources of revenue for the miners who provide computing power to maintain a proof-of-work crypto-box: Firstly, fresh units of the cryptocurrency are credited to the one whose recomputed block finds entry into the blockchain, to Ethereum currently 3 , 5 ethers. On the other hand, the successful miner can then also pay the transaction fees of all payments, which he includes in his block. In principle, the fees for users are voluntary, but who wants to have his transfer reasonably soon brought to its destination, can not do without the Obulus.

Most wallets have automated mechanisms that charge a fee for reasonably fast transactions when creating a transaction. As a rule, users can also manually set a value. A confusion of the values ​​in the entry fields can have fatal consequences. Once the transaction has been recorded in the blockchain, there is virtually no way to get the money back.

Option 1:
The user is a member of a mining pool. He made the transaction, did not broadcast it, and she tries to mine in his blocks. As soon as he finds a block, the mining pool collects the transaction costs. One possible motive would be to cheat the gas price oracle which predicts what the gas price must be for a transaction to catch a certain block. The oracle would show higher values, which would benefit miners.
For this manipulation attempt, the mentioned mining pools would have to hold together and divide up the high transaction costs again. In addition, it is important that they keep the transaction with the horrendous sum for themselves and do not broadcast into the network. Otherwise they run the risk that another miner will find a block with this transaction and thus the ethers are lost.

Option 2:
The participants want to wash money or cover up something. So someone could have diligently made the transaction and the money is then split. The plot would have to proceed technically as in option 1.

Option 3:
The station was really so unhappy and has repeatedly made false inputs. It is noticeable that in the transactions the gas price was chosen the same as the transaction amount. Maybe someone has unknowingly entered the same in both fields. This thesis is supported by a statement from Sparkpool, who got the money with production of the block number 7238290, already to word. The abnormally high fee has activated the alarm mechanisms of the pool, the money was initially frozen, said the operators. The sender can get in touch so that they can find a solution together.

According to Sparkpool CEO Xin Xu, the miners understand that the money will be held back for a few days to correct any mistakes. But if the mysterious sender does not reveal, the sum will be distributed to the miners of the pool.