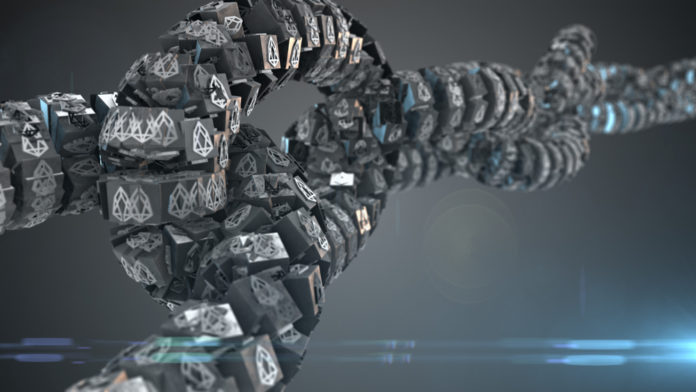 One of the major tasks of the blockchain industry is to move from speculation to application. The current EOS quote clearly indicates that speculators are still interested in EOS. But what about the scope? The RAM debate casts doubt on the applicability of the EOS blockchain.

The characters are currently in the green zone in the top 5 cryptocurrencies. The prices of Bitcoin (BTC), Ethereum (ETH), Ripple (XRP) and Bitcoin Cash (BCH) have risen both in the last 24 hours and in the last 7 days. So can the fifth in the league, EOS, recorded a positive increase. But it looks like EOS has problems moving from the speculative to the application phase.

OS daring claim: “Decentralize Everything”. For example, the project around block.one wants to offer a platform for distributed applications (dApps). The white paper from 2017 mainly spoke of wanting to support millions of users at the same time, with little latency and above all: guaranteeing free use.

In this context, EOS New York emphasizes in a blog post under the chapter “Financial Independence”:

“We will keep financial independence at all times. That means not allowing any influence on the part of investors at company level. ”

However, this very financial independence from investors is currently under threat – through speculation with RAM.

What is EOS RAM?

EOS RAM is mainly needed by dAPP developers to store data on the blockchain. The stock is limited overall. So there is 64 GiB of RAM on EOS (1 gibibyte = 1024 * 1024 * 1024 bytes). Of these, 54.70 GiB are currently reserved – equivalent to 85 percent. You buy this storage space with EOS on the EOS Blockchain and can release it just as well to get EOS for it.

The supply of RAM is managed by the block producers. Depending on how high the supply is, the price for RAM can change accordingly.
RAM Trading

The acquisition of EOS tokens gives you access to the resources of the network. If you want bandwidth or computing power, you have to accumulate tokens accordingly. With these you can reserve RAM. An approach that is currently followed by many investors. Instead of actually using the computing power, they merely speculate that it will be needed once – driving up the price of RAM.

EOS New York commented on this issue. Accordingly, countermeasures are at least in planning:

As you can see from the current situation, the transition from the speculative to the application phase is still difficult. That already announced itself with the start of the Mainnet – due to security gaps pushed the EOS team this short-term backwards. There were also problems with the vote on the EOS Constitution and possible phishing attacks – we reported here in detail.

Nevertheless, the EOS course is currently winding upwards. With a price of 7.70 euros, EOS remains the crypto currency with the fifth largest market capitalization. The RAM price is currently at 0.71 EOS / KB – the speculation phase does not seem to be over yet.