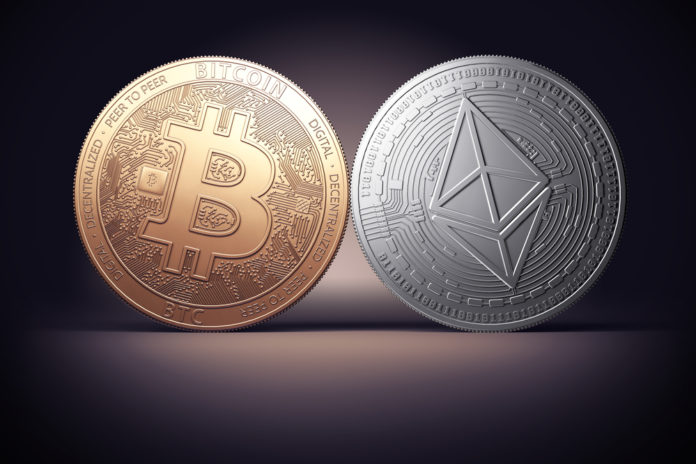 When it comes to cryptocurrency, Bitcoin and Ethereum are usually what come to mind first. While both currencies seem quite similar on the surface, the intention and growth are radically different.

Let’s take a look at each coin individually first:

The first virtual currency to be launched in January of 2009, Bitcoin was a white paper by a mysterious Satoshi Nakamoto. With the promise of lower transaction fees and decentralization, Bitcoin seemed alluring. Bitcoin doesn’t exist as a physical entity. It only exists in the balances associated with public and private keys. While there was great resistance when it came to adopting Bitcoin initially, regulatory bodies and government entities finally gave in. Not all of them though. There are still countries where Bitcoin mining is illegal and you cannot exchange cryptocurrency.

However, with the global distrust in governments and fiat currencies on the rise, there is a lot of hope that Bitcoin will soon get the recognition and place it deserves.

Introduced by Vitalik Buterin in 2014, Ethereum took the best of Bitcoin with some fascinating new features. Ethereum is not just a currency. It can be used to create smart contracts which is a real-world application making it a tad better than Bitcoin.

This is what makes cryptocurrency decentralized, lowers transaction fees and maximizes efficiency.

With Ethereum, blockchain technology is being used to create apps known as DApps. This is why Ethereum is also known as Bitcoin 2.0 sometimes.

Ethereum enables Smart Contracts and Distributed Applications to be built without any fraud, control, downtime or interference from third-parties.

Ethereum has a lot of potential and so does the token used, Ether.

Ether has a dual purpose. It is traded like currency and is used inside the Ethereum platform to run applications and monetize work. According to Ethereum, “Ether can be used to codify, decentralize, secure and trade just about anything”

The difference between Ethereum and Bitcoin

Ethereum is soon going to move to a PoS algorithm whereas Bitcoin may be stuck to its PoW algorithm.

How to buy Ethereum

There are several ways in which you could purchase Ethereum. One is to use a cryptocurrency exchange and buy Ethereum with Bitcoin or other cryptocurrency coins you may own.

Before you do that, make sure to own the best Ethereum wallet because keeping crypto holdings on online exchanges is extremely unsafe. A hardware wallet is considered the safest way to store coins.

You can also simply buy Ethereum with a credit or debit card on these exchanges.