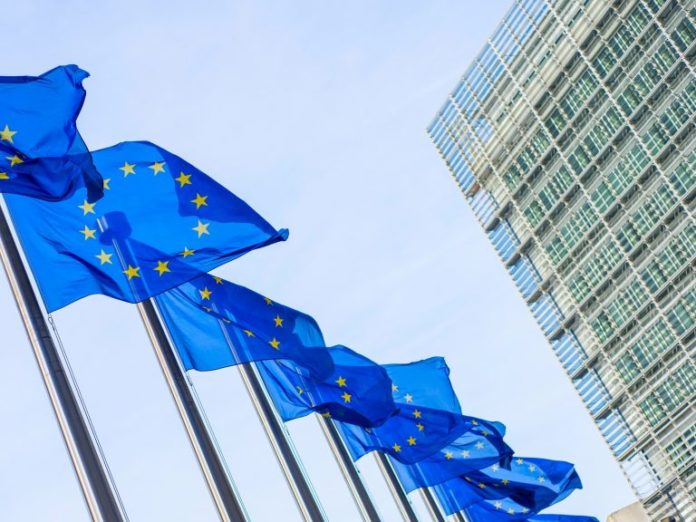 Europe is gradually tightening the rules for the crypto space. A wave of new regulations are introducing stricter requirements for companies operating in the industry and cryptocurrency users are going to feel the difference in the coming months. The measures stem from the obligation of member states to transpose EU’s Fifth Anti-Money Laundering Directive (AMLD5) into national law by January. Unfortunately, they often go beyond what Brussels wants them to do.

Germany, the flagship of the European Union, is one of the first to make the changes. New anti-money laundering (AML) regulations entering into force next year will oblige digital asset exchanges as well as providers of crypto payment and custodian services to apply for licenses from the Federal Financial Supervisory Authority (Bafin). They have to do so by the end of 2019, as the new pan-European legislation is supposed to be implemented in January 2020. Starting from next year, German financial authorities will consider digital coins a financial instrument. And while some welcome the regulatory clarity regarding the status of cryptocurrencies, others think many more aspects need clarification and even look at the new rules as an obstacle to normal business. Members of the local crypto community believe the government is actually hurting the German blockchain industry and sending crypto companies abroad.

A major industry player that evidently needs some time to think about the matter is Bitpay. The payment processor, which facilitates both crypto and fiat transactions, is not providing services to German customers anymore. About a week ago, the platform announced on its website that it doesn’t currently work with merchants or users based in the Federal Republic among countries such as Algeria, Bangladesh, Bolivia, Cambodia, Ecuador, Egypt, Indonesia, Iraq, Kyrgyzstan, Morocco, Nepal, and Vietnam.

The list of supported markets is regularly updated according to Bitpay’s evaluation and understanding of local laws. And the company says it engages with local authorities to fully understand the rules in order to retain compliance and offer businesses the opportunity to accept blockchain payments. But the fact that it has pulled out of Germany at this point, even if it’s only a temporary step, means that new German regulations are already making it harder for crypto companies to operate freely.

Some serious businesses, like the largest food delivery portal in Germany, Lieferando, have been offering bitcoin as a payment option to their customers through cooperation with Bitpay. Members of the country’s crypto community have been warning that the new rules are going to chase other companies out of Germany in search for a more favorable climate in different jurisdictions in Europe or elsewhere.

The Bundesrepublik is not the only EU member state taking the road to much stricter standards for the crypto industry. According to reports by local media, the Czech Republic is now working on its own set of rules, further tightening the noose around cryptocurrency users. For example, failure to register with the national Trade Licensing Office will lead to massive fines for service providers in the space. Again, these measures have been inspired by the latest European AML directive, but the country’s leading business daily wrote last week that they are going to be tougher than the requirements set forth by the EU. In an article on the subject, Hospodářské noviny recently pointed out that the new cryptocurrency regulations will increase oversight on a wider range of companies than mandated by Brussels, jeopardizing the competitiveness of the Czech crypto sector.

Estonia is another EU member that has been tuning its crypto regulations in recent months. The tiny Baltic nation was one of the first on the continent to create favorable conditions for businesses dealing with digital assets and attracted many of them to its jurisdiction. Towards the end of last year, however, regulators in Tallinn took steps to tighten the existing licensing regime. As a result, it’s going to take longer and it will be harder in the future to acquire an Estonian license.

This spring, the finance ministry presented amendments to the country’s anti-money laundering and counterterrorist financing legislation. One of the changes requires Estonian companies to keep their headquarters in the country and entities incorporated abroad now have to maintain a permanent office in the republic. Estonia adopted its Money Laundering and Terrorist Financing Prevention Act in 2017 to transpose the provisions of the Fourth Anti-Money Laundering Directive.

Other European nations have also taken crypto regulation seriously. Earlier this year, France announced intentions to publish updated rules for the crypto industry. In April, the government in Paris adopted a bill creating the legal framework for service providers in the space and projects conducting initial coin offerings. The law introduces mandatory registration with the French Financial Markets Authority (AMF) for providers of crypto custodian services as well as optional licensing for all service providers including cryptocurrency brokers, dealers and exchange operators. About the same time, Finland enacted its law regulating crypto service providers like trading platforms, wallet providers and issuers of digital coins. The Act on Virtual Currency Providers entered into force on May 1 after it was approved by the country’s president. The Financial Supervisory Authority (FSA) was tasked with registering and supervising entities that fall into these categories. The new legislation and the introduction of other regulations by the FSA led to changes in the customer verification procedures applied by the peer-to-peer crypto exchange Localbitcoins.

Obliging crypto companies to apply for licenses issued by regulators is a step too far and the case with the Dutch AMLD5 legislation demonstrates that. In early July, the Netherlands’ finance minister filed a bill in parliament implementing the directive and amending his country’s Money Laundering and Terrorist Financing Prevention Act. The draft envisaged the introduction of a licensing regime for crypto exchanges and wallet providers.

However, the unnecessary provision regarding licensing was met with a negative reaction from the Dutch Council of State, a body that advises Holland’s parliament on draft legislation prepared by the executive power and provides assessment of bills in terms of compliance with EU law. According to the council, AMLD5 does not offer a choice between licensing and registration, hence the minister’s proposal is not in line with the directive.

In its considerations, the legal portal Lexology reported, the Council of State also notes that the advice of the Dutch Central Bank (DNB) and the Financial Markets Authority (AFM) to introduce a licensing system in order to improve the effectiveness of oversight does not mean such a measure is proportionate, given the burden it imposes on service providers. As a result, the licensing requirement was abolished in the latest version of the law submitted to the Dutch parliament. There’s only a registration requirement, which is in line with EU’s directive and the Council of State’s suggestion.

AMLD5 Must Be Transposed Into National Law by January

The Fifth Anti-Money Laundering Directive was adopted by the Council of the European Union in May 2018 and published in the official journal of the EU on June 19 last year. AMLD5 modifies AMLD4, which was released in 2015. The revision was proposed in the summer of 2016 as part of the European Commission’s Action Plan against terrorism prepared after the terrorist attacks in Paris and Brussels and the Panama Papers scandal. AMLD5 entered into force on July 9, 2018 and EU member states are obliged to transpose it into their legislation by Jan. 20, 2020. One of its key goals is to extend the scope of anti-money laundering laws to cover crypto exchange platforms and wallet providers. It also contains provisions regarding know your customer (KYC) rules and procedures. The implementation of the new directive is mandatory for EU countries.

In many cases, national laws transposing AMLD5 introduce regulations that are tougher than the directive requires, limiting services that have so far been readily available to the crypto community in Europe. Platforms such as Local.Bitcoin.com offer cryptocurrency users a marketplace where they are free to trade bitcoin cash (BCH) on a peer-to-peer basis and in a secure manner, without the need for KYC.

Why do you think regulators and authorities in EU member states adopt stricter measures than required by the Fifth Anti-Money Laundering Directive? Share your thoughts on the subject in the comments section below.

On Tuesday, August 13, most digital currency prices have dropped in value between 2-5% while crypto trade volumes globally have...