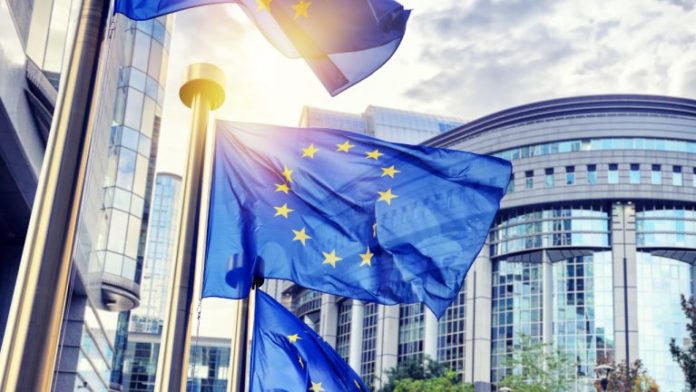 The European Union is planning to implement comprehensive cryptocurrency regulation by 2024, two EU reports have reportedly revealed. This follows five European finance ministers calling on the European Commission to put in place “very strong and very clear rules” on cryptocurrency.

A comprehensive cryptocurrency regulatory framework is expected to be put in place within four years, according to two EU documents, Reuters reported Friday, elaborating:

By 2024, the EU should put in place a comprehensive framework enabling the uptake of distributed ledger technology (DLT) and crypto-assets in the financial sector.

“By 2024, the principle of passporting and a one-stop-shop licensing should apply in all areas which hold strong potential for digital finance,” the documents further state.

According to Euractiv, a pan-European publication specializing in EU policies, the European Commission will publish the Digital Finance Strategy together with its new rules on cryptocurrencies later this month. They outline the Commission’s priority actions by 2024.

In addition to the existing cryptocurrency proposal, European Commission Executive Vice-President in charge of Economy and Finance Valdis Dombrovskis said the Commission may also update “the prudential rules for crypto-assets held by financial firms, which could force banks with these digital assets to hold more capital as a cushion, given the volatility and risks associated with these assets,” Euractiv described.

The two documents note that the draft law will clarify how existing rules apply to cryptocurrencies and set out new rules where there are gaps, Reuters explained, adding that it “should also address the risks associated with these technologies.” The documents also detail that the Commission “wants to make it easier to share data within the financial sector to encourage competition and a wider range of services, while upholding the principle of ‘same risk, same rules, same regulation,’” the news outlet conveyed.

Moreover, the European Commission wants to increase the use of digital finance as 78% of payments in the eurozone are currently in cash, the publication noted, adding that the new rules should be in place within four years so new customers can start “using financial services quickly once anti-money laundering and identity checks have been completed.”

Last week, the finance ministers of France, Germany, Italy, the Netherlands, and Spain called on the European Commission to include “strong rules” in its upcoming cryptocurrency proposal, particularly for global digital tokens like Facebook’s Libra. In a joint statement, they said stablecoins should not be allowed to operate in the EU countries until legal, regulatory and oversight challenges had been addressed. “We’re waiting for the Commission to issue very strong and very clear rules to avoid the misuse of cryptocurrencies for terrorist activities or for money laundering,” French Finance Minister Bruno Le Maire was quoted as saying.

What do you think about the EU’s plans to regulate the crypto industry by 2024? Let us know in the comments section below.