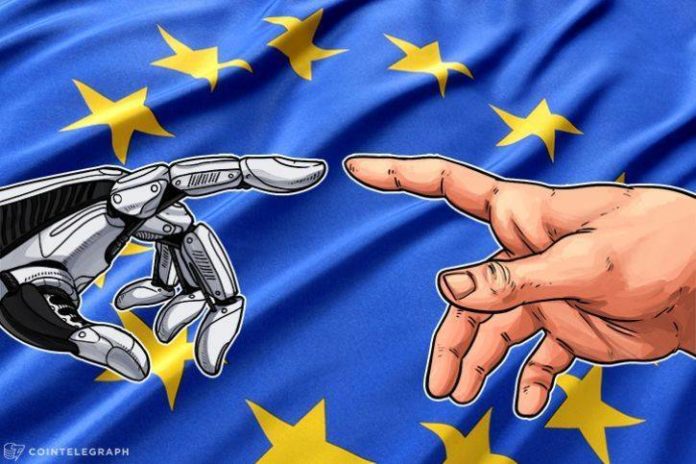 European Commission (EC) Vice-President Andrus Ansip has recently called on Europe to become a world leader in digital innovation by embracing Blockchain technology, along with Artificial Intelligence (AI),  in a speech at EC’s Digital Day 2018 in Brussels Tuesday, April 10.

Quoting a British international technology investment firm Atomico, Ansip argued that Europe is “home to the world’s leading AI research community,” while according to the European technology sector, Europe is “best positioned to play a leading role” in Blockchain as well.

Pointing out the necessity of taking the world’s leadership in digital technology, Ansip urged the EC to support the European tech sector “both politically and financially.” The EC Vice-President stressed that EU governments should contribute to the fast-growing Blockchain technology sector that is already “moving out of the lab and going mainstream,” adding that the region clearly has competition:

“AI and blockchain as the areas where Europe is best positioned to play a leading role. However, it is no secret that we have to invest – both politically and financially. There is quite some ground to catch up. Other continents are moving ahead quickly.”

Ansip emphasized the importance of financial support by EU governments, saying that technological development needs the right conditions and infrastructure, and that “none of this comes for free.”

“For the Digital Single Market to work for people and business, to advance on our digital priorities, to make sure that Europe is a world digital leader: we need hard cash,” the EC Vice-President declared bluntly.

In March, the EC revealed its plans to release a joint regulatory framework on fintech, including crowdfunding and Blockchain technology standards. Earlier on Feb. 1, the EC announced the launch of the EU Blockchain Observatory and Forum aiming to apply  Distributed Ledger Technology, of which Blockchain is one kind, to the bloc’s economy.