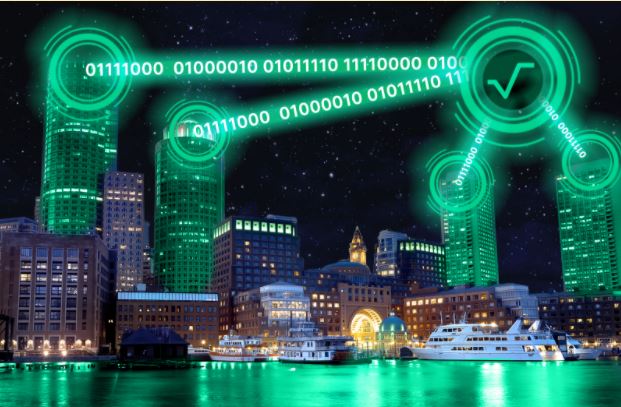 An Introduction to Radix

During 2020, the decentralized finance (DeFi) market has grown considerably, with billions of dollars being locked in smart contracts. While it’s crystal clear that DeFi protocols are here to stay, they require a blockchain network that’s capable of scaling accordingly.

Many have hoped that Ethereum would provide the required infrastructure, but the project has failed to adapt to the new market demands in due time. Consequently, new protocols are actively being built to help sustain the booming DeFi economy. These projects aim to reduce friction costs within the financial market while providing scalability, flexibility, interoperability, security, and incentivisation mechanisms.

Such an example is Radix – the world’s first layer 1 protocol focusing on DeFi projects exclusively. This article will provide readers with an overview of Radix’s market solutions and liquidity mining program, while highlighting the success of its recent IEO.

Radix leverages a series of innovations to overcome the technical challenges associated with smart contracts. By using the Radix Engine, developers can build well-defined tokens that match user expectations, with support for atomic-based liquidity pools. Potential exploits are also viably dealt with via the on-ledger oracle for off-ledger data.

The Radix Component Catalog facilitates the efficient creation of smart interoperable dApps. These components are modular, meaning that developers can combine, update, and extend a series of ‘lego bricks’, thereby simplifying the dApp development process. Over time, the Catalog will be filled with multiple useful components that model common DeFi elements.

Blockchain technology supports the creation of self-incentivising networks that provide participants with compensation for their hard work. In the case of proof of work (PoW) cryptocurrencies, miners verify transactions via an energy-intensive process, in exchange for the block reward. Radix uses the Developer Royalty System to foster innovation and incentivise developers to create next-gen protocols. Thus, RADIX tokens are rewarded every time a developer’s component is used.

At this point in time, the DeFi market demands a scalable infrastructure that does not forgo network composability. In other words, advanced transactions require the deployment of multiple autonomous smart contracts simultaneously. Furthermore, a viable protocol must retain its functionality, provide decentralization, and assure a high transaction throughput for multiple DeFi projects.

Radix aims to solve the scalability dilemma by employing the Cerberus consensus algorithm. Cerberus is based on proof of stake (PoS), but adopts a pre-sharding philosophy. Consequently, the ledger is split into a so-called shard space, where an unlimited number of shards can be deployed to securely sustain any form of DeFi transaction. With this in mind, dApps are concurrently represented on the network’s shards and linked via the cross-shard consensus mechanism. As expected, this encourages low-free transactions alongside a high throughput.

Together, these components lead to the creation of a layer 1 infrastructure that guarantees scalability and composability for high-demand DeFi systems.

In an effort to promote the distribution of stake for the upcoming mainnet, Radix has held a fruitful Initial Exchange Offering (IEO) in October 2020. During the IEO, a total of 642 million ERC-20 E-RADIX tokens were sold. Once the mainnet is live, these tokens will be exchanged to RADIX on a 1:1 basis.

To facilitate market liquidity, Radix has announced the upcoming commencement of a liquidity mining effort. The program will kick off in November and run for 180 days.

The first E-RADIX tokens will be distributed on the 17th of November, 2020. An additional 200 million eXRD tokens will be given to the community as liquidity rewards. To take part in the program, users must provide market liquidity by staking their tokens.

Radix will further enhance the incentive by implementing a bonus multiplier. Thus, reward value varies based on the number of days that eXRD tokens are staked. Higher stakes unlock access to increased rewards.

Users who are interested in participating must keep in mind that unstaking before a specific multiplier threshold entails losing their acquired bonus, which is then redistributed to the liquidity rewards pool.

Based on everything that has been highlighted so far, Radix represents a high-potential layer 1 blockchain protocol, designed to serve the DeFi ecosystem by ensuring scalability, interoperability, security, and user incentives.

As the DeFi market continues its growth, Radix is quite likely to replace many of the current protocols, since it does not sacrifice transaction composability in hopes of achieving a sufficient degree of scalability.