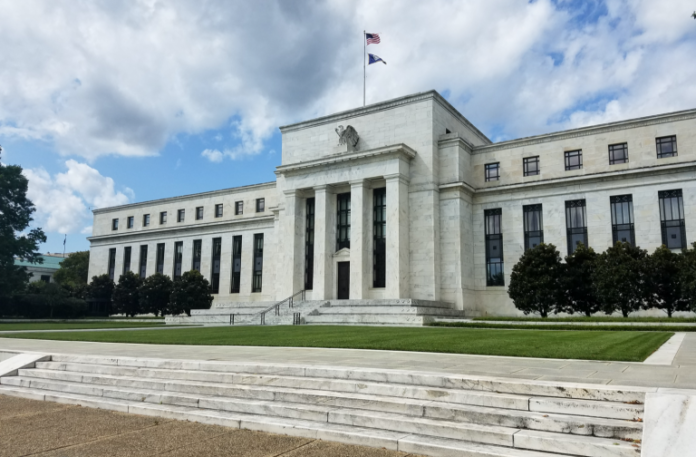 At the recent Symposium for Future Payments held in Stanford, California on February 5, Federal Reserve Governor Lael Brainard stressed the importance of remaining “on the frontier of research and policy development regarding CBDC.” The position seems a contrast to the narrative in 2018 when Brainard maintained “there is no compelling demonstrated need for a Fed-issued digital currency.” As powerful states like China press forward in the area of central bank digital currencies, and private enterprises such as Facebook’s Libra also seek to crack the stablecoin market, the U.S. Federal Reserve is more interested in the topic than ever.

Part of the U.S. Federal Reserve’s Board of Governors, Brainard addressed the perceived weaknesses of bitcoin and cryptocurrencies back in May 2018, citing a lack of regulation and “no trusted institution standing behind it.” She went on to note that some were suggesting central bank-issued digital currencies (CBDCs) as a centrally regulated alternative to crypto and bitcoin, and listed various reasons why the proposition was yet tenuous and full of potential problems.

“First, there are serious technical and operational challenges that would need to be overcome, such as the risk of creating a global target for cyberattacks or a ready means of money laundering,” Brainard noted. “For starters, with regard to money laundering risks, unless there is the technological capability for effective identity authentication, a central bank digital currency would provide no improvement over physical notes and could be worse than current noncash funds transfer systems, especially for a digital currency that could circulate worldwide.”

The 2018 address to the Decoding Digital Currency Conference contains the emphatic proclamation:

Finally, there is no compelling demonstrated need for a Fed-issued digital currency. Most consumers and businesses in the U.S. already make retail payments electronically using debit and credit cards, payment applications, and the automated clearinghouse network.

Facebook and China Cited as Imparting Urgency to Stablecoin Debate

While Brainard noted in her recent address that the recently announced “Fednow” payments system is set to “facilitate end-to-end faster payment services, increase competition, and ensure equitable and ubiquitous access to banks of all sizes nationwide,” critics of the plan say it’s nothing new, and that crypto and other tech already provide all the necessary capabilities.

The impetus for Brainard’s change of heart regarding CBDCs seems to lie largely in the fact that the world — public and private sector alike — is going digital, regardless of the U.S. government’s position, and this could constitute a threat to the world reserve U.S. dollar. As Brainard points out, “Because Facebook has an active user network of one-third of the global population, the company’s Libra global stablecoin project has imparted urgency to the debate over what form money can take, who or what can issue it, and how payments can be recorded and settled.”

The latest survey suggests there is greater openness to issuing a CBDC than a year ago … China is reported to be moving ahead rapidly on plans to issue a digital currency. Given the dollar’s important role, it is essential that we remain on the frontier of research and policy development regarding CBDC.

Warming up to Stablecoins and CBDC

Brainard points directly to stablecoin development in posing a threat to centralized control of finance by nation states. “The prospect for rapid adoption of global stablecoin payment systems has intensified calls for central banks to issue digital currencies in order to maintain the sovereign currency as the anchor of the nation’s payment systems,” she emphasizes. “In a Bank for International Settlements survey of 66 central banks, more than 80 percent of central banks report being engaged in some type of central bank digital currency (CBDC) work.”

The latter section of the Federal Reserve Governor’s address cites many potential areas of concern should the U.S. adopt a digital dollar, such as “operational vulnerabilities” for the central bank, and what types of intermediaries would be allowed to process transactions. “Some of the motivations for a CBDC cited by other jurisdictions, such as rapidly declining cash use, weak financial institutions, and underdeveloped payment systems, are not shared by the United States,” Brainard details.

While there is no sign of the Fed actively developing a U.S. CBDC for launch anytime soon, Brainard’s most recent speech and notable change of narrative sheds light on the evolving economic climate of the world, where powerful states like China, and corporations like Facebook are actively trying to take finance into their own hands, ignoring USD hegemony as a limiting factor.

What do you think about Brainard’s recent address on CBDCs? Do you think a digital dollar is a good idea? Let us know in the comments section below.

How To Buy Litecoin in Nigeria

Litecoin is a bitcoin alternative that differentiates itself with faster and lighter compared to the first cryptocurrency. In this article,...