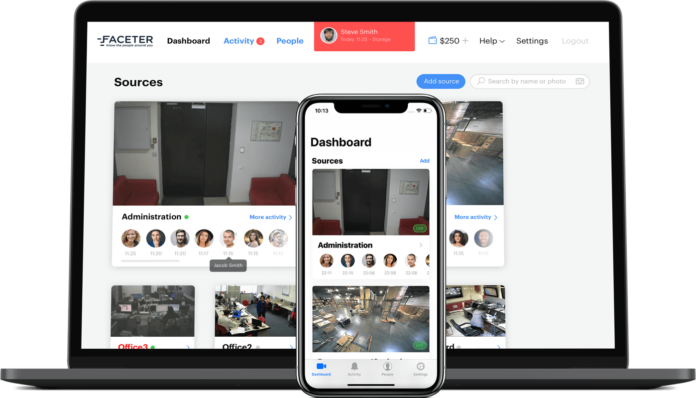 If you walk along the streets of any large city, you will definitely notice a few CCTV cameras. According to expert estimates, in large American cities like New York, Chicago, and Washington D.C. there are tens of thousands of cameras. In the UK only there are more than 1.85 mln. cameras, while 12 thousand of them are located in the metro. According to the police statistics, an average Britisher is filmed by CCTV cameras approximately 70 times per day.

However, do these cameras and hours of records worth the millions spent on them as well as compromising the privacy rights, while the number of law offenses, undetected crimes, car thefts and accidents does not decrease? Partially the answer to this question is in the technological area as from the day the IP video surveillance was invented there was no noticeable breakthrough in the field. Some companies successfully develop the systems of face recognition and video stream analysis, however, this does not enhance the efficiency of the technology. Why?

Here are several not yet solved problems that impede the development of the market for video surveillance solutions:

The result is that the modern video surveillance system is inefficient, works unilaterally and is unavailable to the general public. However, video surveillance can be useful not only to record crimes and maintain law and order but also to estimate the crowd density at the stadiums and in the airports, monitor the efficiency of advertisement and showcases, analyze traffic jams, inform about accidents weather abnormalities, emergencies etc. Moreover, “smart” cameras could independently evaluate situations potentially dangerous for a particular person and react to them. For example, if a camera noticed a theft or an attack attempt, it can call the police. In the event of health issues (i.e., loss of consciousness) it can call the emergency etc. Naturally, intellectual video surveillance would be a perfect add-on for smart home systems. Imagine having an “invisible guard” at home that analyses the situation and can react to it.

Many experts mention that the potential of video surveillance cameras will not be fully implemented unless the cameras will provide for real bilateral interaction, instead of merely recording the reactions of people and maintain the records. However, today the possibility of creating this technology is real. Blockchain-startup boom resulted not only in numerous similar projects but also revealed those who found an opportunity to improve one or another area with this technology.

Faceter is actively developing a brand new decentralized system of video surveillance and unique software for face recognition and video stream analysis. Moreover, Faceter also found the solution for processing and analyzing video data online by merging the advantages of mining and fog computing. In 2017 the company launched B2C alfa-version of its product, which has been successfully tested by several large companies from SAR Currently the developers of the project are working on the beta-version of SaaS-solution for the mass market.

Faceter partnered with distributed computing platform SONM for research and development. The Companies will test the work of Faceter face recognition and intellectual analysis of video stream algorithms on SONM IaaS capacities. The developers expect that the use of fog computing will offer more than tenfold decrease of the computational infrastructure costs. Let us recall that these costs are a significant part of expenses for the implementation of complex machine vision algorithms. MVP – the product should be launched by the middle of this year.

Let us recall that in March Faceter raised investments of $28 mln from more than 30,000 investors. Today the team of the project is getting ready to the first listing, which will mean the possibility of making deposits and trading the token.