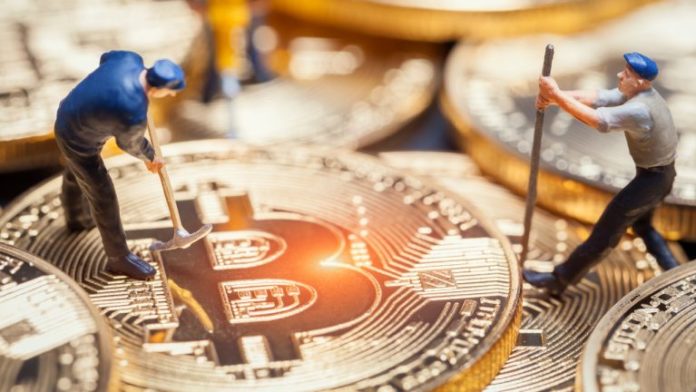 The giant fund manager Fidelity International holds roughly 10.6% stake in the bitcoin mining company Hut 8. For six years now, Fidelity, the firm that currently manages $300 billion on behalf of its customers, has been mining the cryptocurrency bitcoin.

In May 2017, news.Bitcoin.com reported on Fidelity integrating with Coinbase, mining bitcoin, and even accepting the digital asset at the firm’s cafeteria at its headquarters. Fidelity has been mining bitcoin since 2014, and over the years the firm has increased its stake in this growing industry.

Just recently Hut 8 Mining Corp., raised $8.3 million by selling shares to investors and it intends to add 275 PH/s of mining capacity. The regulatory filing with the OSC shows that Fidelity International holds a great number of Hut 8 shares.

A look at the share composition indicates that Fidelity keeps a number of common shares and also has the ability to gather more shares in the future.

Of course, Fidelity discloses that “funds and accounts managed by Fidelity that hold the securities referenced herein may, from time-to-time, lend some or all of such securities pursuant to securities lending arrangements for such periods of time.”

“The Common Shares and warrants of Hut 8 Mining Corp. were acquired in the ordinary course of business, for investment purposes only and not with the purpose of exercising control or direction over Hut 8 Mining Corp,” the ARM notes.

The ARM was invoked after Hut 8 raised the $8.3 million by selling shares to investors during the underwritten public offering. In order to add 275 PH/s of mining capacity, Hut 8 detailed that it plans to purchase Whatsminer series mining rigs (M30S, M31S, M31S+) from the Chinese manufacturer Microbt.

Hut 8 initiated its mining operations in 2017 and in the spring of 2018, it was listed on the Toronto Stock Exchange. Bitcoin proponents on social media and digital currency-focused forums seemed pleased with Fidelity increasing stake in Hut 8 mining. One person tweeted that with the Bitcoin mining difficulty at a record high, “Fidelity bets big on Bitcoin mining.”

During the early morning trading sessions, the HUTMF stock charts on Trading View had shown the price was hovering at $0.82 apiece, but since the Fidelity announcement, it has risen to $0.8758.

Despite stagnation in the Bitcoin market, the hash rate of the leading cryptocurrency has grown stronger and stronger. The hash...