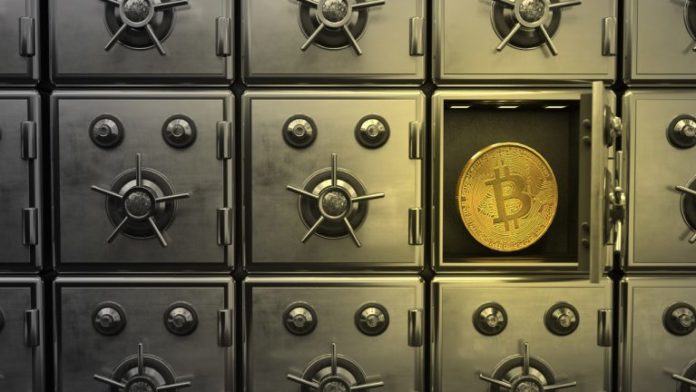 The enterprise-grade bitcoin custody and crypto management service, Fidelity Digital Assets has revealed a recent partnership with the firm Kingdom Trust. The new alliance provides individual retirees with the ability to safeguard their bitcoin private keys alongside self-directed IRAs.

The crypto custodian and retirement account fund manager, Kingdom Trust has reached an “exclusive institutional agreement” with the company Fidelity Digital Assets. In a press release published on July 14, Kingdom Trust details that the partnership is the first sub-custody service of its kind and it is distinct from Fidelity Digital Assets institutional-grade services.

Kingdom Trust says that individual retirees with “Choice” accounts “will not have to manage their own private keys but will choose to have bitcoin held in cold storage exclusively by Fidelity Digital Assets.” The custodian and fund manager Kingdom Trust says that Fidelity is a reliable firm with roughly $8.1 trillion in customer assets under management.

“Personally, I’ve grown to trust the Fidelity family of brands as an individual investor in the traditional markets and now the bitcoin in my Choice retirement account can be kept secure by Fidelity Digital Assets. For anyone who was considering bitcoin as part of their retirement portfolio, but was waiting for the infrastructure to mature and for familiar names to enter the space, that day is today,” Ryan Radloff, CEO of Kingdom Trust explained.

The news follows Fidelity International acquiring a 10.6% stake in the bitcoin mining company Hut 8. Fidelity has been into the digital currency space since 2014, and the subsidiary Fidelity Digital Assets was introduced two years ago. So far, Fidelity Digital Assets only deals with institutional clientele, but with the new product, individual retirees can opt for Fidelity to secure the bitcoin private keys in cold storage.

“Since our market entry less than two years ago, we’ve seen significant progress in the infrastructure supporting investors in digital assets, and an evolution in the range of investors adopting digital assets into their portfolios,” Christine Sandler, an executive at Fidelity Digital Assets detailed. Sandler further added:

We welcome innovation in this space and progressive offerings like the Choice retirement account that enable investments in digital assets and ultimately support the maturation of the entire ecosystem.

Radloff also detailed that in addition to the cold storage option, Choice accounts will also provide memberships that “cover the full spectrum of risk from holding your own private keys, to using your bitcoin to subsidize a free account.”

“Bitcoin held in a tax-advantaged Choice retirement account, with cold storage provided by Fidelity Digital Assets is here,” Radloff concluded. “This is a remarkable day for bitcoin and retirement savers who demand choice and we’re humbled to be a part of the solution.”

What do you think about the partnership between Kingdom Trust and Fidelity Digital Assets? Let us know what you think in the comments section below.

Oduwa Coin is a next-generation digital payment system created by Bright Enabulele, Co-founder of the company and a cryptocurrency and...