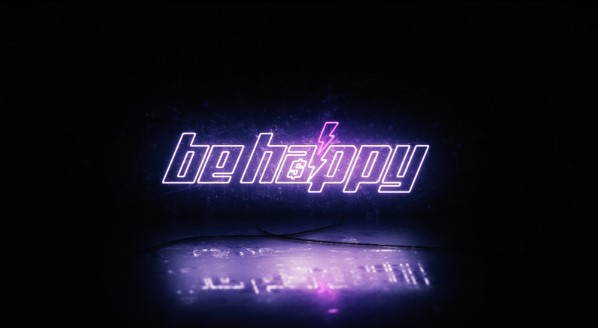 Be Happy is a game with unlimited possibilities where you have fun, make money, become famous, and gain a fan base at once!

As you already know, Be Happy is a single ecosystem that allows viewers and players to interact online and influence the course of events. It’s simple: the user downloads the app on the AppStore or GooglePlay platform, links their decentralized Metamask wallet or Trust Wallet, and chooses their “role”.

The viewers come up with missions and assign a monetary reward for them; the players complete the missions they like and receive the assigned reward for them. In Be Happy, everyone has a chance to prove themselves. You only need courage and a mobile phone!

In the game you can find like-minded people from different parts of the world. You will definitely like the non-trivial missions of Be Happy viewers.

Behind the Be Happy project is an open-minded team of professional developers and programmers, a marketing department, as well as the most experienced managers led by the Chief Executive Officer. All team members have gone through the KYC process at RateTech. This means that the team has nothing to hide and does not intend to take any fraudulent actions. On the website’s Team section, you can learn more about the team. Rest assured, because their vast experience and credibility in the crypto field will leave you greatly impressed.

Viewers want to see a real show and get maximum emotions, because they come up with missions and also set rewards. That’s why missions are completely different. But this does not mean that the player must complete each of them; they can pick one or another from several missions. And they must assess their strength soundly, because other viewers are watching the correctness of the completion, the final decision is based on the voting’s results. Therefore, the player will not be able to deceive anyone and get a reward for a poorly completed mission.

As well as a viewer giving the mission will not be able to deceive a player who has completed it. Because after a viewer assigns a reward, it is debited from their wallet and credited to an intermediate wallet. If, the voting’s results have decided that the player has handled the mission, then the reward is automatically sent to the player, and if not, it is returned to the viewer’s wallet.

The game’s system and moderators make sure that each user does not violate the rules. There is a system of fines, as well as a temporary or permanent ban, applied in case of violations in the game. Therefore, before starting the game, be sure to read the rules.

The game has levels for players that determine the possibilities of each one. The level is determined by the number of $HAP tokens on your wallet:

The game developers have taken into account various characteristics of a personality. That’s why each user has the possibility to be both a viewer and a player — if you are bored with one role, you can always switch to another.

The Be Happy team paid great attention to tokenomics and developed the most balanced distribution of tokens among the entire ecosystem:

A large percentage of tokens is allocated to provide liquidity, which, in turn, guarantees users to trade tokens with minimal slippage.

Pre-Sale of NFT and $HAP Tokens

Pre-Sale is already open, and now you can buy a limited number of unique NFT avatars at a price lower than the starting bid price, which not only give additional opportunities in BE HAPPY, but will also grow in the market with the development of the game!

Every NFT owner who plays BE HAPPY will receive an additional profit from 5% to 40% in the game for completing missions. Moreover, NFT can be detected and rewarded from 150 to 800% APY.

There is also a Pre-Sale of $HAP tokens, which you will need to become a member of the game. The minimum number of tokens that you will need is $1000 HAP.

The price of the $HAP token during Listing: $0.1

The privileges that you will receive by becoming a member of Be Happy are limited only by your imagination.