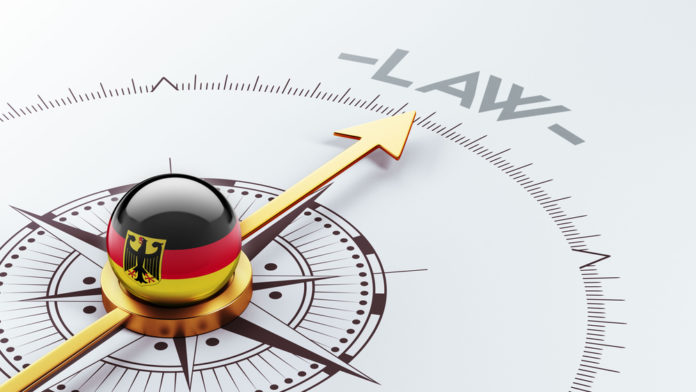 This has the Berlin Court of Appeals and criticized the financial supervision Bafin. Above all, it becomes clear how great the legal need for action is.

Trading in Bitcoin is not an offense because it is neither a unit of account nor a financial instrument under the German Banking Act (KWG). Therefore, no permission for the operation of banking transactions is required. So far, the decision of the Berlin Court of Appeal, which became known on Friday, corresponds to the higher regional courts in other federal states (Az .: 161 Ss 28/18).

The accused was initially accused of negligent banking without permission. Although Bitcoin is a commonly accepted form of payment among some economic operators, in contrast to common currencies, it is not issued by a public body.

The court of appeal at Bafin, which had qualified Bitcoin in a leaflet as a unit of account within the meaning of the KWG, expressed clear criticism. It was not the task of the federal authorities to intervene legally in criminal laws. With this statement “the Federal Institution spans the task assigned to it”.

The verdict is one of the first legally binding criminal judgments on cryptosystems in Germany. For the Bafin the verdict is a clear defeat. “The ruling fundamentally calls into question the administrative practice of Bafin with regard to cryptocurrencies, as the postulated permission requirements as a whole depend on the classification of cryptocurrencies as a financial instrument,” says Christian Schmies of the law firm Hengeler Mueller.

In principle, it is helpful that the Bafin announces its administrative opinion on the scope of licensing requirements. However, in recent years, this has repeatedly been corrected by the highest courts to their “tendentially rather extensive understanding” of licensing requirements, says Schmies. In plain language, this ultimately means that the Bafin tends to expand its powers, even if it is unclear whether it is responsible at all.

Error with the legislator

In 2017, even the European Court of Justice (ECJ) had informed the German Financial Supervisory Authority that the brokerage of asset management contracts was not an investment service subject to authorization. Even if the conclusion of a portfolio management agreement results in the administrator accepting and submitting orders to buy or sell, this alone is not part of the contract.

Whether the Bafin will be impressed by the judgment of the court, Schmies doubts. “In 2014, the Court of Appeal rejected in part a leaflet from BaFin on investment brokerage. However, the supervisory authority did not correct its administrative view until the ECJ rejected the legal opinion of BaFin in 2017. ”

But Schmies sees the mistake ultimately in the legislature. It would have been more sensible, if not legally necessary, for the legislature to have taken early on fundamental questions of the obligation to authorize transactions with cryptocurrencies. “Desirable is primarily a rapid clarification of the qualification of cryptocurrencies at the European level. If Germany then still wants to go beyond the European regulation, a decision of the national legislature, not a supervisory authority appears necessary. “The judgment of the court opens the way for this. Insofar as there is a need for regulation to protect consumers, it is not up to the courts to fill a gap, the Senate said.

Whether the defeat of the Bafin is at the same time also a victory for the followers of crypto systems, one must question nevertheless. “We certainly see regulation of fintech market participants as a kind of ‘seal of quality’,” says Schmies. “Even for the investment of other financial intermediaries in cryptocurrencies, such as investment funds, a certain regulation of the market is likely to be more conducive than cumbersome.

The current verdict, however, only shows that in terms of cryptosystems a legal hanging party persists. The administration tried to push into the gap left by the legislature. Even though the judges now consider that the Bafin is not allowed to do so, it is not legally bound by this judgment, which was issued in a criminal case and without the participation of the Bafin. It becomes clear that Bitcoin trading may not be in a legal, but rather in a rather loosely regulated legal area.