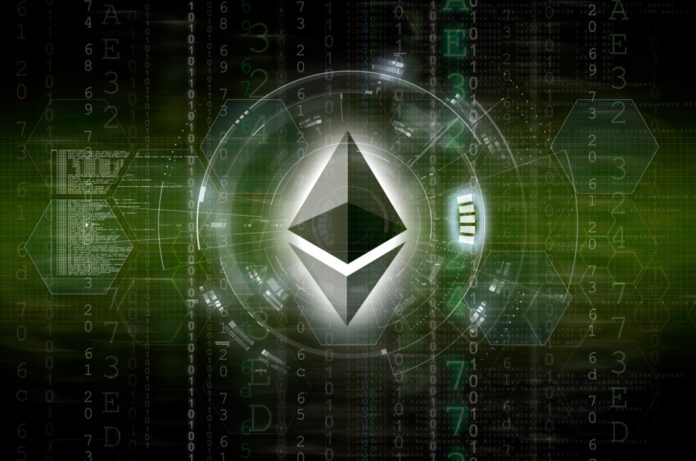 Unmanned aircraft systems are experiencing robust growth throughout the world. However, the market faces a bottleneck on the way to unlock its full potential – the lack of a universal, integrated air traffic management system. Engineers have now come up with a framework that serves as a global UAS management system running on Ethereum.

The unmanned aircraft systems (UAS) sector holds enormous potential, with commercial applications ranging from aerial photography to package delivery. The market for commercial drones is expected to reach $13 billion by 2025. Statistics show that Amazon, the world’s largest online retailer, is projected to have approximately 450,000 drones in its delivery fleet by 2020.

Even though there are many ways drones can benefit society, applications are still very limited because a system that would allow millions of flights to be coordinated efficiently on the global scale has not existed until now.

While traditional aviation mostly operates at high altitudes where obstacles are infrequent, UASs are flying at low altitude. They need a much more precise information about their surroundings, such as 3D maps of buildings, infrastructure and natural obstacles, as well as microscale weather updates.

In 2014, a drone narrowly missed colliding with an Airbus A320 as it was taking off from London’s Heathrow airport. The plane was at about 700 feet when the incident occurred.

In November 2018, the owner of a drone who flew it into the path of a police search helicopter became the first person to be prosecuted under UK drone laws. Prosecutors stated that the flight could have caused catastrophic consequences, similar to the helicopter crash that left five people dead. The cause of that deadly crash hasn’t yet been determined, but aviation experts have suggested that the helicopter’s loss of power to the tail rotor could have been caused by a large drone.

In 2017, the international community of aviation experts stated that there are three major problems that need to be solved in order for drones to be integrated into global airspace:

All stakeholders in the drone market state the need for identity management as one of the major requirements for the further adoption of drone technology. There is a need to identify unmanned systems the same way we identify cars and planes with license plates. But with the expected volume of UAS flights, visual identification will not be enough to ensure safe operations.

Although some countries already have digital registries of UASs and many regulators across the world have started to offer exams for UAS pilots, there is a need for a scalable way to register and identify UASs and pilots. It is extremely important for national and state regulators to be able to identify drones in real time due to illegal activities that may be carried out by drones. In that respect, the need for a globally accessible database becomes evident.

The key purpose of any UAS traffic management concept is to deconflict the airspace where multiple aircrafts fly at the same time. Deconfliction means that an aircraft receives instructions in order to avoid other aircrafts’ routes and prohibited areas. As the number of unmanned systems increases, the need to distribute the rights and responsibilities between multiple stakeholders arises.

Therefore, it is inevitable that the need for complex route management tactics arises when a UAS operator has to go over the territory of multiple traffic management bodies. The traffic management system has to be capable of distributing the responsibilities for one flight among multiple UAS service suppliers.

In order to enable a traffic management system, topography and other supplemental data needs to be stored and updated in a shared database that makes it easily verifiable. For example, all UAS service suppliers need to have access to the updated information regarding geofences, virtual walls around areas restricted or prohibited for flights. The management system should have the capability to close the airspace so that the software can automatically avoid no-fly zones while preparing routes for drones in real time.

A UAS management system should be able to track millions of flights, something that can be especially difficult in densely populated areas with high demand for drone services. Even when operations go as planned, there is always a risk of an emergency, so the communication system should resolve these situations quickly to eliminate the chances of collision.

Even though some UAS manufacturers are taking a proactive approach and are starting to integrate traffic management solutions, a more wide-scale approach is necessary. The drone market needs a standard protocol based on consensus which ensures that all unmanned aircrafts are flying safely.

Engineers from Distributed Sky came up with a framework that serves as a global UAS traffic management system running on Ethereum. Being based on Robonomics Network by Airalab, it aims to keep track of UAS traffic and enable secure P2P communication between humans and autonomous systems.

Distributed Sky proposes a three-tier structure to operate a multiagent system: the Ethereum blockchain for facilitating economic interaction and keeping a record of contracts and transactions; distributed storage; and a real-time P2P communication for in-flight coordination.

Blockchain allows to create a distributed P2P network with a data protection mechanism. Smart contracts allow for the transfer of commands between agents, the writing of any custom logic and then saving data to a public blockchain. To store big data sets, Distributed Sky framework suggests using a distributed file system or, putting it simply, a distributed “cloud storage”. The stakeholders can access data using cryptographic identifiers which are unique for every file.

The registration system can be used by multiple independent entities – states, countries, companies – at the same time with minimized risk of data loss or fraud. The project suggests using a universal registry for storing digital license plates, pilots’ and business owners’ licenses. The registration mechanism can be adjusted for individual pilots, ground control stations and even completely autonomous UASs.

Supplemental data service providers as a source of information supporting the management system give traffic control companies the power to purchase necessary information to enable safe operations over a designated area. This enables a marketplace with economic incentives for companies to supply data such as weather, topography and risk evaluation.

Step-by-step process of ordering and receiving the service looks as follows: the client publishes an ask request (e.g., air pollution measurements over a waste dump); UAS operator forms the flight plan and sends the ask request to the UAS service supplier; the supplier replies with the bid request for route approval; liability smart contract is created between the supplier and UAS operator; UAS sends a bid request to the client; liability smart contract is created between the client and the UAS operator; UAS delivers the mission according to the smart contract; UAS finishes the flight and fulfills the liability. All the payments are completed automatically according to the smart contracts.

“The use of distributed technologies is crucial for the UAS market because drone owners, pilots, regulators, and autonomous systems don’t have a secure way to share information and transfer liability which can lead to severe consequences as the number of drones is increasing in the airspace. The move from centralized towards a distributed storage and processing of information leads to the advent of independent arbitration based on a public blockchain that every stakeholder on the commercial drone market can trust,” notes Vitaly Bulatov, COO of Distributed Sky.

The core team of developers has been working on an open source project since December 2015. The technology for the traffic management system is already operational and has been tested in simulation and in real-world environments.

Diana King is a Blockchain Columnist at TheBitcoinNews. She is the founder and CEO of LEVER8.