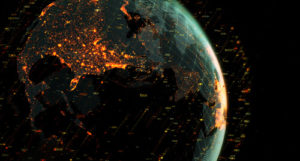 Blockchain technology has found another way into the mainstream thanks to a recent partnership between GM Motors and Spring Labs. Announced on February 11, the deal will see blockchain developer Spring Labs work with the car company’s financing division, GM Finance.

As part of the link-up, Spring Labs will create a protocol designed to combat synthetic fraud. Described by GM Financial Chief Strategy Officer Mike Kanarios as a huge cost in the industry, this type of fraud involves customers using real and fake ID. By using the real and rake IDs in unison, the fraudsters are able to dupe the system and obtain things such as car credit using a fake profile.

Through its blockchain, Spring Labs is able to exchange sensitive information in a secure way. By refining this technology, GM believes it can solve the issue of fraud and more. The upshot for users will be more efficient systems that cost less, leading to cheaper credit agreements. What’s more, the partnership between GM and Spring Labs could lead to even more innovations within the automotive industry. Commenting on the potential of blockchains in the automotive world, Spring Labs CEO Adam Jiwan told Forbes it can be used for vehicle contracts, insurance and traffic control.

For the crypto industry as a whole, GM taking another step into blockchains is encouraging. Following IBM and J.P. Morgan, GM joined Hyperledger in 2017. Offering an open-source blockchain solution for businesses, Hyperledger is now being used by a number of high-profile companies. In tandem with these partnerships, Ripple has been working with Santander to develop distributed ledger tech, while the University of Bahrain is now handing our diplomas in blockchain technology. This raft of innovations is a testament to the growing acceptance of cryptocurrencies and their underlying technology.

Blockchains Bringing Cryptos Into the Light

What’s interesting to note, however, is the chasm that’s opened up between cryptos and blockchains. Despite being inexplicably linked, attitudes appear to have shifted. In 2017, investors were hot on digital tokens like Bitcoin (BTC) and their potential. Following a downturn, interest in blockchains has increased. Today, blockchain investment stocks linked to the likes of IBM and Cosmos are attracting millions of dollars in investment. While that’s undoubtedly a positive for blockchains, many are now questioning the fate of coins. Although blockchain technology can’t function without an associated token, it may be the case that they’re not longer useful as a form of currency.

When Bitcoin was created in 2009, the aim was to create a new monetary system. Now, however, blockchain technology is offering us so much more. With that being the case, there are some that argue digital coins are less valuable as a form of currency and more valuable in other areas. The counter to this is that blockchains could drag cryptos into the mainstream. As the likes of GM pour money into the industry, it will do two things. Firstly, it will give crypto companies more resources to work with and, therefore, improve their offerings. Secondly, it gives the technology more credibility. This, in turn, will give it a much greater chance of achieving mainstream adoption.

In essence, the rise of blockchain has the potential to boost the crypto market. By embracing partnerships with major brands, crypto companies are giving themselves a much greater chance of success in the long-term. Because of that, the latest deal between GM and Spring Labs could benefit everyone.

The post GM Motors to Use Spring Labs’ Blockchain and Give the Industry Another Boost appeared first on The Independent Republic.

Monero Plans To Fork For ASIC Resistance In March

Monero, the crypto market’s leading privacy coin, is apparently closing in on a new fork that will help the coin...