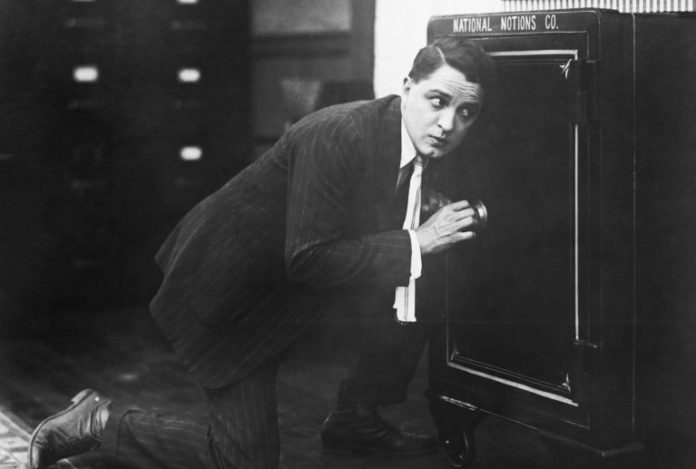 Ever since cryptocurrencies started gaining value, hackers have targeted exchanges that provide digital asset trading and malicious entities have siphoned billions of dollars worth of bitcoin since 2010. So far, over 1 million of the world’s BTC has been stolen from exchanges and traders continue to leave vast quantities of funds on centralized trading platforms.

Over the years, hackers have managed to make a lucrative career stealing cryptocurrencies from exchanges. Exchanges have seen digital intruders loot wallets since 2010 and crypto trading platforms are still being compromised in 2019. Last year, according to Chainalysis data, hackers managed to generate over $1 billion in revenue from simply robbing crypto exchanges. Moreover, Chainalysis explained in January 2019 that only two major hacking groups were the culprits to most of 2018’s exchange hacks. It’s unclear exactly how many bitcoins have been stolen but over the last 10 years, it’s estimated that more than 1 million BTC, has been pilfered from exchanges. The amount of snatched coins is roughly around the same number of BTC that Satoshi Nakamoto may possess and probably much more. Moreover, two of the biggest hacks make up most of the BTC stolen over the last 8 years. Roughly 650,000 BTC was taken from Mt. Gox back in 2014 and 120,000 BTC were stolen from Bitfinex in 2016. This means that more than 770,000 of the looted BTC also gives the hackers 770,000 BCH as well. Essentially, this means that there’s been more than $7.7 billion dollars worth of BTC stolen at today’s exchange rates. All of those funds were taken prior to the BCH fork so after August 1, 2017, the hackers who stole 770,000+ BTC managed to acquire $303 million in BCH as well. Back in 2011, Mt. Gox lost bitcoins well before they misplaced a great percentage of the total supply. On June 19, 2011, the exchange said they had lost $8.7 million worth of BTC due to a “security breach.” At the time, in order to prove the exchange was solvent, the firm moved 424,242 BTC into cold storage, which can be seen in block 132749. Then the exchange also misplaced approximately 2,609 BTC by sending them to an unspendable address. The now-defunct exchange is also notorious for losing 850,000 BTC in 2014 and allegedly the trading platform’s CEO Mark Karpeles found 200,000 of the missing coins after the exchange went under. The remaining 200,000 coins were to be dispersed to all the account holders who lost money, but the distribution process has been held up for years. Most people don’t remember the trading platform Bitcoin7, but at one time the operation was the third largest exchange in 2011. Back on Oct. 5, 2011, the exchange said they lost 5,000 BTC or $39 million at today’s exchange rates. The loss of 5,000 BTC was too much for Bitcoin7 to handle and the exchange never re-opened. Even though the company had promised to reimburse users, the restitution process never came to fruition and the website went dark. In 2012, during the Linode hack, crypto enthusiasts saw an estimated total of 46,653 BTC stolen from a total of 8 crypto-related businesses such as Tradehill and Bitcoinica. The same year Bitcoinica was hacked twice losing 38,000 BTC in May and then in July, the platform lost another 40,000 BTC. In September 2012, the trading platform Bitfloor lost 24,000 BTC during a security breach. 2013 saw plenty of bitcoins stolen that year as the Vircurex Exchange Hack saw the loss of 1,666 BTC, and the platform Bitmarket.eu exit scammed with $400 million worth of BTC. In October of 2013, GBL Exchange also ran off with customers coins stealing 9,640 BTC. The digital currency payment provider BIPS had a security breach which saw the loss of 1,295 BTC. 2014 was no different as crypto advocates saw the major Mt. Gox hack but also saw Cryptsy lose 13,000 BTC and Mintpal lost 3,894 BTC. Then in 2015, the Bitstamp hot wallet was siphoned for 19,000 BTC, 796 Exchange saw 1,000 BTC stolen, and the Bitfinex hot wallet lost 1,500 BTC. The very next year, Bitfinex saw an even bigger loss when hackers stole 119,756 BTC. A few months later, Bitcurex lost 2,300 BTC. During the bull run in 2017, there were plenty of exchange losses when Yapizon lost 3,831 BTC, hackers stole $31 million from Bithumb, and Btc-e exited with 66,000 BTC. In 2018, BTC Global scammed people out of $50 million and Gainbitcoin ran away with $300 million. In April 2018, the Indian exchange Coinsecure lost 438 BTC and in September, the Japanese crypto exchange Zaif was hacked for 913 BTC. The following month Maplechange stole customer funds swiping 913 BTC. At the end of the year, Electroneum users saw 250 BTC stolen from them.

2019 is not over but users are still losing funds left and right on centralized trading platforms. It’s estimated that around $140 to $200 million worth of crypto was lost during the Quadrigacx mishap, and just recently, Binance suffered a hack as well when 7,000 BTC was stolen. Out of all the exchanges and third party service providers, mentioned hackers managed to steal 1,058,658 BTC ($8.2 billion) in total and that’s just skimming the surface of big exchange hacks. The $8.2 billion also doesn’t account for the massive number of BCH tied to at least 2/3 of the funds looted. The number of coins swiped from exchanges far exceeds Satoshi’s stash and people continue to leave their funds on centralized platforms. The 1 million coins out of 21 million in circulation that hackers have managed to rob is a great reminder to why cryptocurrencies should not be left on exchanges.

At Bitcoin.com we know people like to trade fiat for cryptos and that’s why we created Local.Bitcoin.com, where user funds are never stored on our servers. Our peer-to-peer exchange will launch on June 4, 2019, but you can create an account today and even set up a trade for when the platform goes live. The more peer-to-peer exchanges that facilitate trades in a noncustodial fashion, the better because most crypto enthusiasts are tired of hearing about trading platforms losing millions.

Germany is one of the most powerful countries in Europe, but once you get there, you must know exactly what...