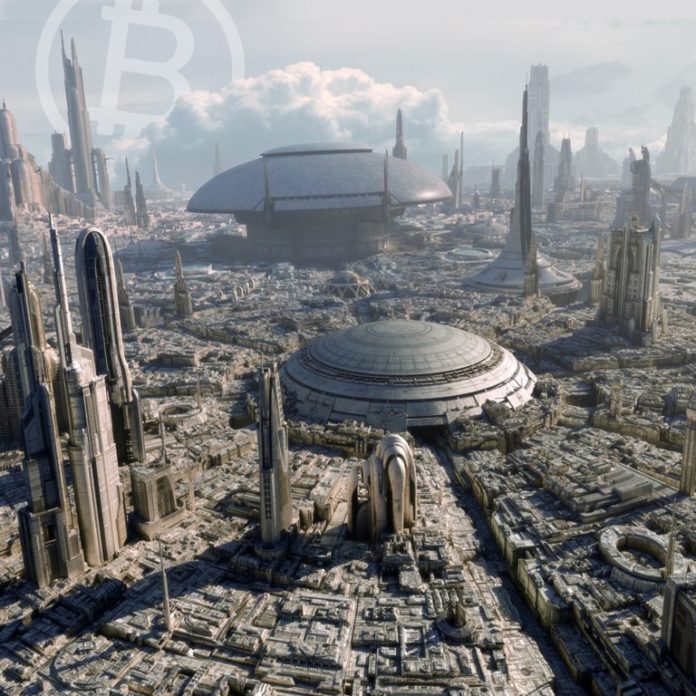 The Bitcoin Cash (BCH) blockchain split on Nov. 15 and the community are still discussing the subject at great length. Since the chain splintered into two separate networks, additional trading platforms like Coinbase and Bitstamp have re-established BCH markets by choosing to list the ABC chain with the exchange ticker “BCH.”

It’s been close to a week since the fork on Nov. 15 and the ongoing hash war has caused major debate and mixed emotions. According to Coin Dance statistics, there have been 852 blocks mined since the consensus rules changed and the ABC chain is six blocks ahead. Further, the owners of Coin Dance have deemed the ABC chain as the winner of the BCH name and now refer to the chain as Bitcoin Cash (BCH). Statistics also show that BCH has 44% more proof-of-work (PoW) than the BSV network. At the time of publication, both chains have roughly 4,000 PH/s or 4 exahash worth of hashrate apiece. However, this metric has fluctuated wildly and the averages are harder to gauge over a short period of time.

BCH market prices have also dropped a bunch this week, touching a low of $227 per coin on Nov. 20. Right now, BCH/USD charts show the average spot price is between $230- $255 and the digital asset has a market valuation of just above $4 billion.

Exchanges like Bittrex and Poloniex have been coming back online, but global BCH trade volume is super low today with only $84 million worth of BCH swapped over the last 24 hours. The forked coin BSV is trading at about $50 at the time of publication at exchanges like Kraken, Bittrex, Poloniex, and Coinex. The circulating supply is currently unknown right now but statistics from Coinmarketcap estimate there has been roughly $57.6 million worth of SV trade volume this Wednesday. Additionally, two large exchanges have announced re-establishing BCH markets and have decided to give the ABC chain the BCH ticker. On Tuesday the San Francisco cryptocurrency exchange Coinbase detailed that it has been closely monitoring the BCH network. The Coinbase blog states that it has observed consensus and “the BCH ABC chain will retain the designation of Bitcoin Cash (BCH).” The exchange said a number of factors came into play including accumulated PoW and hashrate. For now, the business has resumed Coinbase Pro trading and the iOS and Android apps should be ready by next week. The exchange has also emphasized that the company will continue to monitor the SV chain.

“We will continue to evaluate the safety of the BCH SV chain — Our current intention is to support withdrawal services for the BCH SV chain so that our customers may withdraw funds at a future date,” Coinbase explained.

If network conditions significantly change or become unsafe at any point, Coinbase may revise these plans.

The same day, the popular exchange Bitstamp revealed its plans to re-enable BCH deposits and withdrawals. The exchange explained to customers on Twitter that the platform “will only support transfers from/to the Bitcoin Cash ABC chain.” The company warned not to send BSV tokens to Bitstamp as they will not be credited to accounts. At the moment, the exchange requires 25 confirmations for BCH deposits to be processed.

The wallet Cointext, which allows anyone to send bitcoin cash to another person by SMS text, released its decision concerning the fork on Nov. 21. Cointext services will follow the ruleset of the Bitcoin ABC software implementation, the company detailed in a blog post. “This approach appears to be the clear consensus market-wide,” the announcement noted.

“In order to best serve our users and enable maximum compatibility with Bitcoin Cash wallets, exchanges, and services throughout the ecosystem, CoinText has returned BCH service on our platform to following the ABC blockchain.”

Overall, a large portion of the BCH community seems to want this mess to be over and believe the war has been costly to both sides. However, according to a recent statement, Nchain’s chief scientist Craig Wright has claimed SV miners are “still competing.” Although as each day passes, with exchanges listing ABC as Bitcoin Cash (BCH), it seems as though the war is coming to an end, or at the very least growing quieter.

In addition to the heated discussions and debates across forums and social media, the prolific BCH developer Unwriter has published a message concerning the recent hash war.

“Let me tell you guys a secret — Many of you have it completely backward. You — the developer — are the emperors of Bitcoin,” explained Unwriter’s post on Twitter.

Unwriter stated that people should stop thinking like a follower and start thinking like a leader. The programmer further detailed that the 21st Century Motor Company has all four nodes supported and will continue to keep them operational.

Lots of BCH enthusiasts are now discussing the best methods to split their coins safely while also waiting for services like Bitpay to re-open. The company seems to be moving towards re-establishing services soon and sources suggest they have chosen the ABC side of the chain. Additionally, on Wednesday, Nov. 21, the Bitcoin Cash Association (BCA) revealed the organization has decided to “support the side that follows the Bitcoin ABC protocol as Bitcoin Cash.”

What do you think of the last six days of the hash war? Let us know what you think about this subject in the comments section below.

Bitcoin Press Release: Hiveterminal showcases one of the first real-life use cases of blockchain adoption in the international invoice financing...