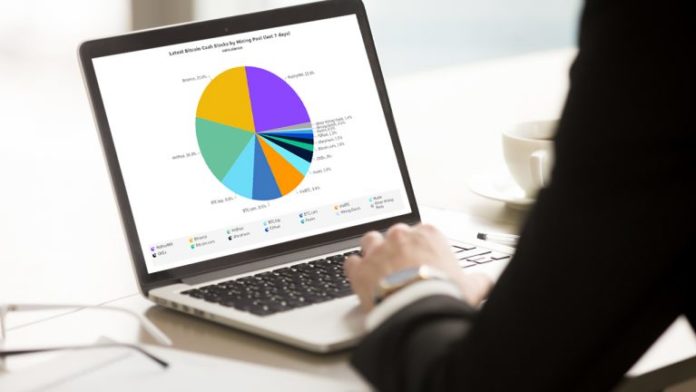 Bitcoin Cash proponents have been recently discussing a new mining entity with a large amount of hashrate joined the network. The merge mining operation called HathorMM currently captures 33% of the Bitcoin Cash hashrate and the miners are also mining Bitcoinsv as well.

The Bitcoin Cash (BCH) network currently has 2.77 exahash (EH/s) of SHA256 hashrate pointed at the chain and a new mining entity has joined the ranks. On October 11, a few members of the BCH community discussed the mining operation dubbed HathorMM and disclosed the project is a merge-mined network.

At the time of publication, the HathorMM operation commands 33% of today’s BCH hashrate and 22% for the last seven days. The operation on Monday afternoon is currently the largest BCH mining pool in terms of hashrate according to Coin Dance stats.

The pool is a merge mining operation which means the miners can mine both bitcoin cash (BCH) and hathor (HTR). The Hathor Network website claims the project is a “scalable and easy-to-use blockchain for digital assets.” The community’s quick guide to mining HTR indicates that merged mining can be done with BCH, BSV, and DGB.

The guide highlights that the HTR mining pools are “not managed by the Hathor team.” The project’s source code is available on Github and the Hathor mainnet launched on January 3, 2020.

The project recently published documents on “Hathor Token Economics” and there is currently 84,448,933 HTR circulating today. Market cap aggregators show that HTR is worth $0.321 per unit and there’s around $79,000 worth of trade volume on Monday afternoon (ET). On September 25, 2020, HTR was trading for $0.058 which means it’s gained 540% in that timespan. It seems that HTR is only swapping on one exchange and is paired against BTC on the trading platform Qtrade.

Meanwhile, the Bitcoin Cash (BCH) network upgrade is expected to happen in 34 days on November 15. BCH community members have been discussing the HathorMM pool because there’s been a number of empty blocks mined in recent days. The founder of General Protocols and BCHN developer John Nieri (emergent_reasons) explained that the Hathor Network creators have nothing to do with the merged mining pools.

“General Protocols and BCHN have been working to sort the situation out,” Nieri detailed in the thread concerning Hathor. “FYI There are four main Hathor merge mining outputs. Three of them mine regular blocks with relatively low hashrate. We have not been able to get in touch with them yet but will make another attempt this week. One of them mines empty blocks with a high hashrate. We are pretty sure we have identified which pool this is and working on communicating with them to make sure they are aware of issues in November.”

Hathor merge mining is also represented on the Bitcoinsv (BSV) network as HathorMM captured over 4% of the BSV hashrate during the last seven days. On Monday afternoon, the Hathor-based merge mining on BSV is roughly 3.47%.

What do you think about the merge mining operation mining alongside Bitcoin Cash miners? Let us know what you think in the comments section below.

Bitcoin’s price has rebounded following a brief selloff seen earlier today that caused it to dip as low as $11,200...